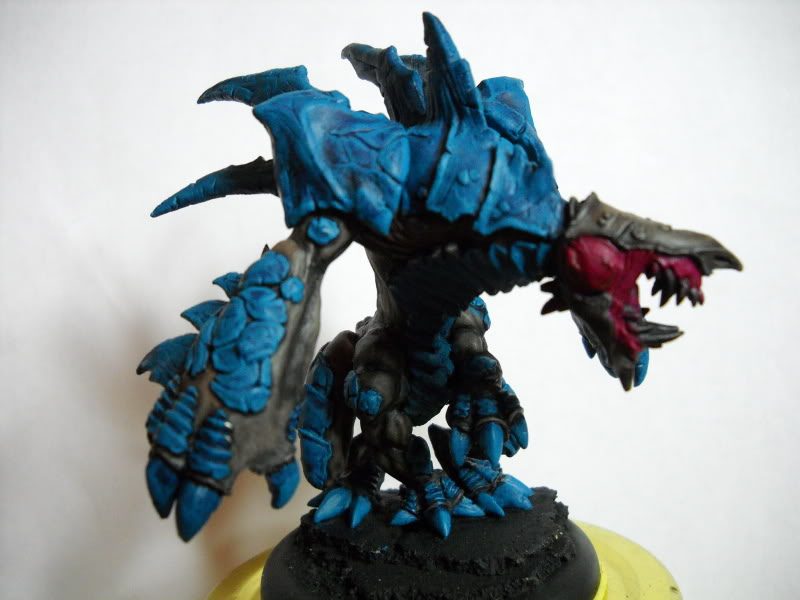 Alright, so I definitely missed my weekend goal of finishing the Carnivean.  It’s not because I got lazy… The weekend was far more adventurous than anticipated, honest!

We had planned on going to see HP7 Sunday morning, but it was sold out instantly, so we waited around for about 2 hours to see Red.  After that, we ventured into the District (Washington DC) to enjoy dinner at Five Guys, followed by about 2 hours of exploration at the Smithsonian American Art Museum / Portrait Gallery.

What I was able to get done between Sunday and last night was this:

The armor has quite a bit more shading after a wash with Asurman Blue and after that dried, I brought non-recessed areas back up to the base coat color, Hawk Turquoise. The next step is to highlight with 1:1 turquoise and white followed by pure white. Hopefully I’ll have half that done tonight.

Also, the gums are 2 layers of Warlock Purple with a Baal Red wash.

Here’s also what captured some of my attention last night. See if you can guess what’s going on (excuse the hurried cell phone picture)…