As Templecon grows near, I’m attempting to accomplish a painting milestone for me. Finish a full unit + UA. I’ve yet to actually do it, so this is big for me. I already have the core unit done, back when I was fleshing out my Winterguard Themed force, way back when…

So, to accomplish the milestone of finishing the unit + UA, I’m only 4 models away, since I already have the UA done (except for freehand on the banner, which I probably won’t have time for) … 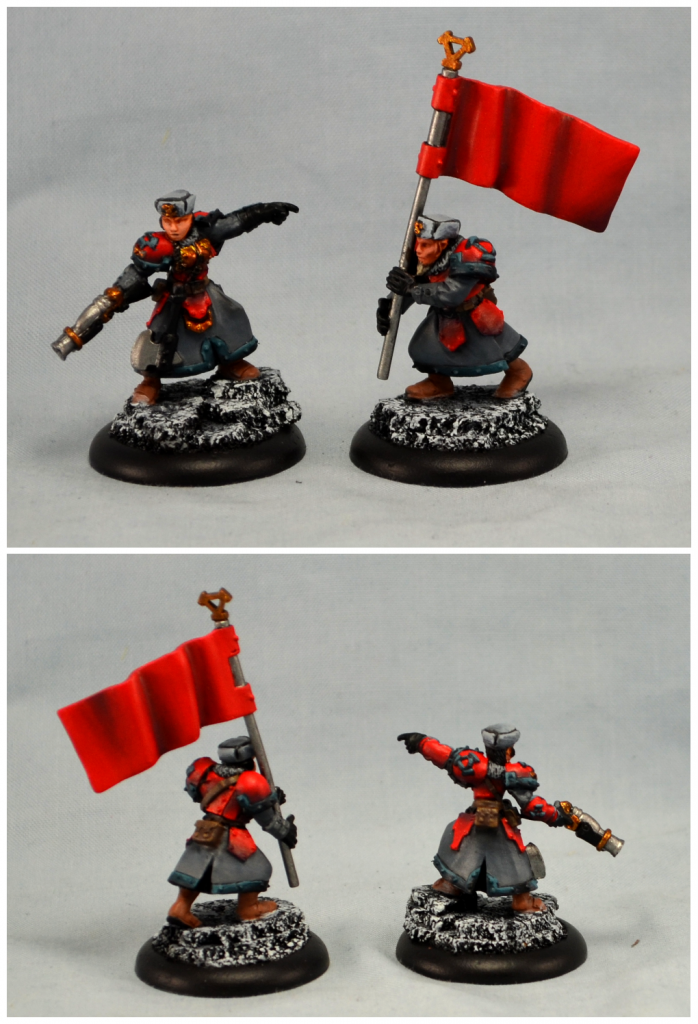 So, just four models right?  But I want to field the full Deathstar, especially with Butcher1…

So, let’s add a set of Rocketeers and Joe, that’s only 8 models.

But, I conveniently have one extra WA and a spare leader and grunt for running two min units… (for Sorscha2 NQ Theme reasons, mostly).

Well, when you’re going to mix a potion, you always have time for a second one…

So, here I am with 11 models to paint in about a week.  Time to use the airbrush.  I was able to basecoat them in Greatcoat Grey first, then Sanguine base, then Khador Red.  Unfortunately… 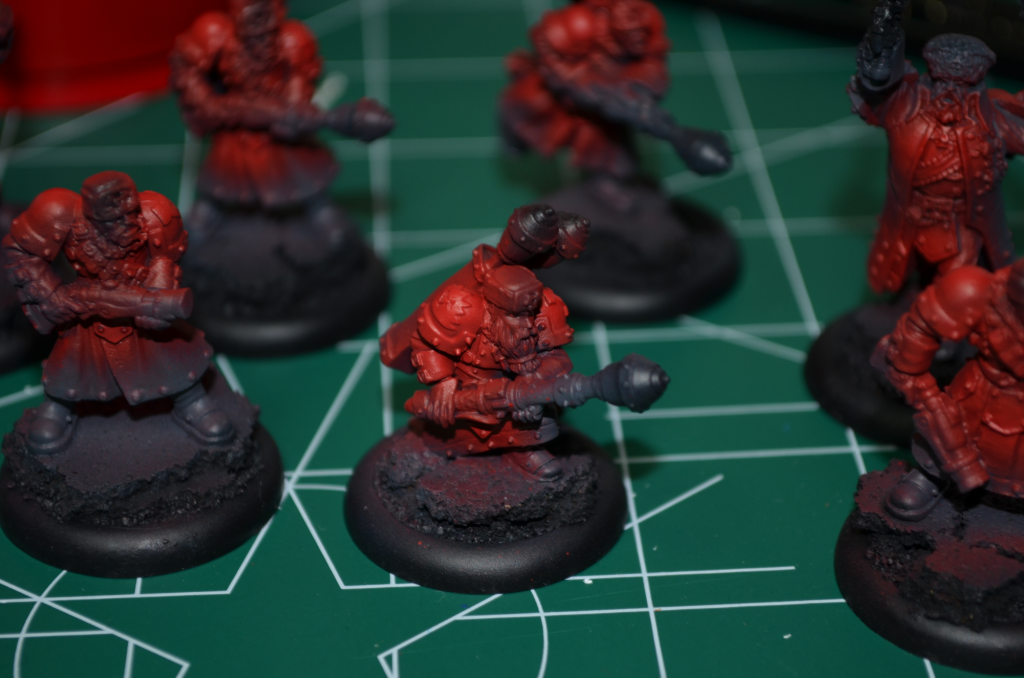 So, out came the Amazon Prime membership, and after watching a movie, roughly 90 minutes later, I’ve reclaimed the coats in their proper color, and I’ve basecoated the straps and ammo pouches in brown.

Not too shabby, for 90 minutes worth of work. I wasn’t able to get much else done tonight – I’m trying to not stay up past midnight, and I’m trying to get plenty of sleep. I also prepped my Battlefoam bag for Templecon, taking out 90% of the unpainted stuff, and stuffing 35pts of painted Cygnar in. 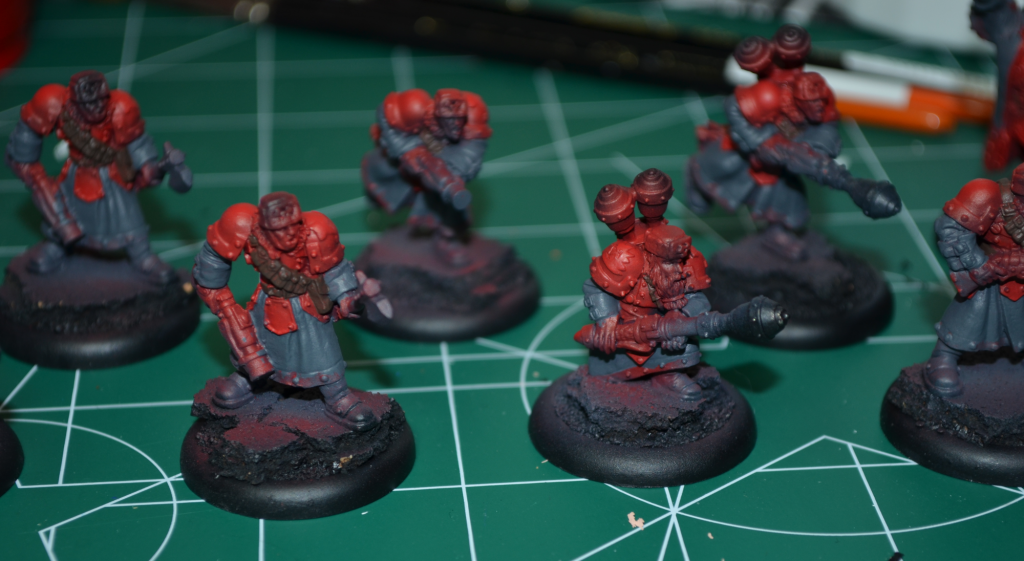 I’ve also figured out a 50pt list that is a bit wonky, but actually used fully painted Khador:

Anyway, that’s the current state of the WGI Quest.  Wish me luck?