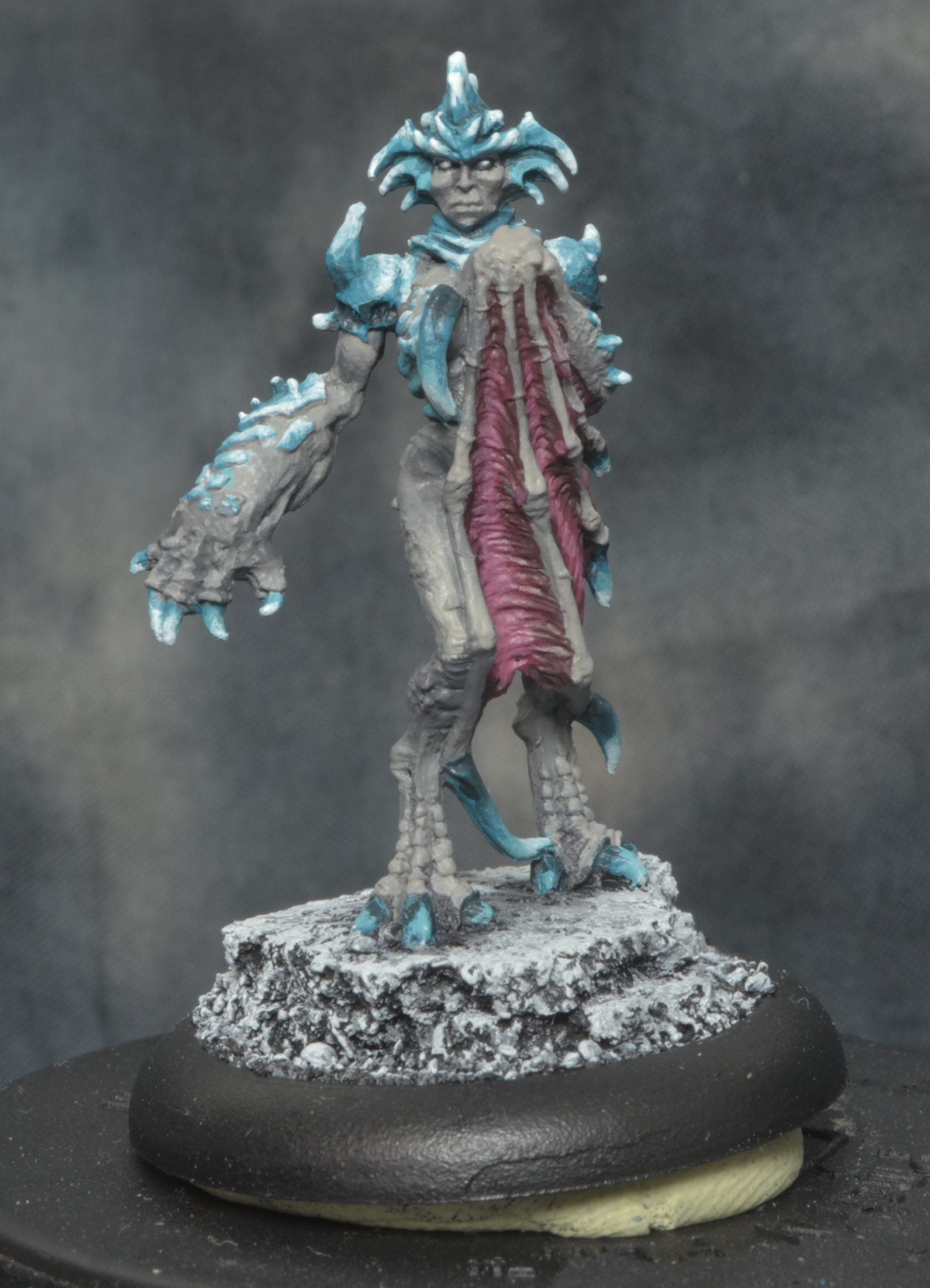 I managed to have a four day weekend this weekend, and I thoroughly enjoyed having some free time.  I spent lots of it outside with family and friends, but I also spent a fair bit in the studio, painting.

One of the key pieces I worked on was a Forsaken for the Legion of Aquablight.  I need one for my army for Feat of Service (have you donated yet?), and quickly painted one up.  I had already base-coated a Forsaken before Temple Con, so it only took about two to three hours to finish her up. 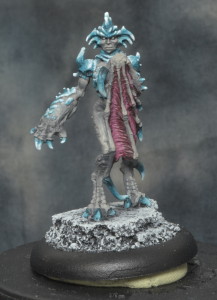 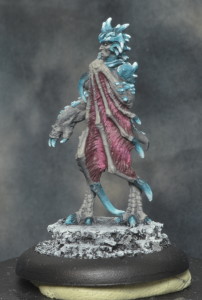 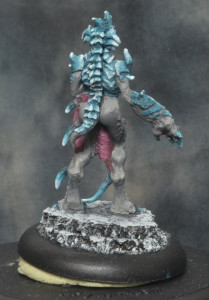 Her base needs snow and grass, but that’ll get done at the same time I do my Custom Caster.

But, that’s not all I worked on…

One of my locals got a hold of the Unleashed Adventures kit and has decided that a few of us will be playing one-shots here and there.  We each picked a character, and are responsible for painting it up.  I was last in the picking order, so I don’t know how I got exactly what I wanted, but I get to play the GATOR WITH A SHOTGUN.  OK, it’s a “hunting rifle”, but come on!  AWESOME!! 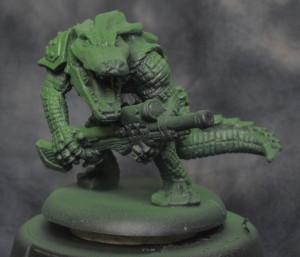 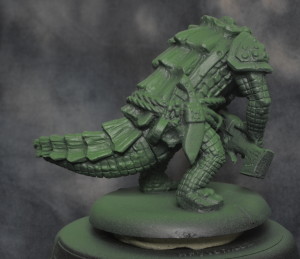 So, he’s obviously only airbrushed at this point, but I’m pretty excited I get to paint this guy up.

As another palette cleanser while painting commission minis and Aquablight models for Feat of Service, I started painting some Super Dungeon Explore models. The first models I’m doing are minions, and before I can paint the minions, I have to be able to spawn them, right?

So, I started on a matched pair of Kobold Warrens.  I only have one done, as a test of how I liked the ‘style’.  I was going for something rough and thrown together so the model looked somewhat cartoon-y.  Tell me what you think! 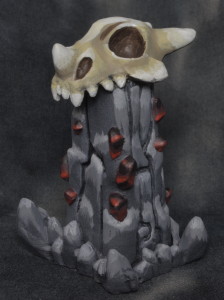 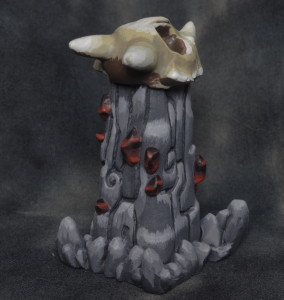 Lastly, I’ve had a “when you get to it” sort of commission sitting around for far too long, and I want to get it done.  It’s Una the Falconer, from Circle Orboros.  The client’s scheme is black armor with silver trim, and blue cloth.  Leaving the rest to me, I’ve been trying to pay some attention to the model whenever I happen to have a convenient color on my palette. 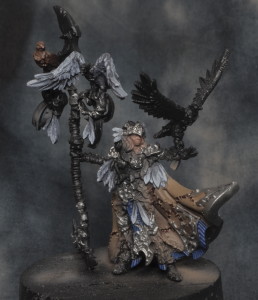 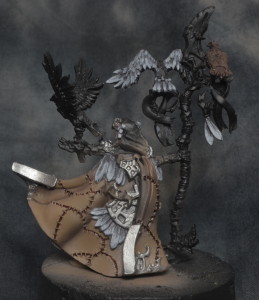 Stay tuned for more updates later in the week!