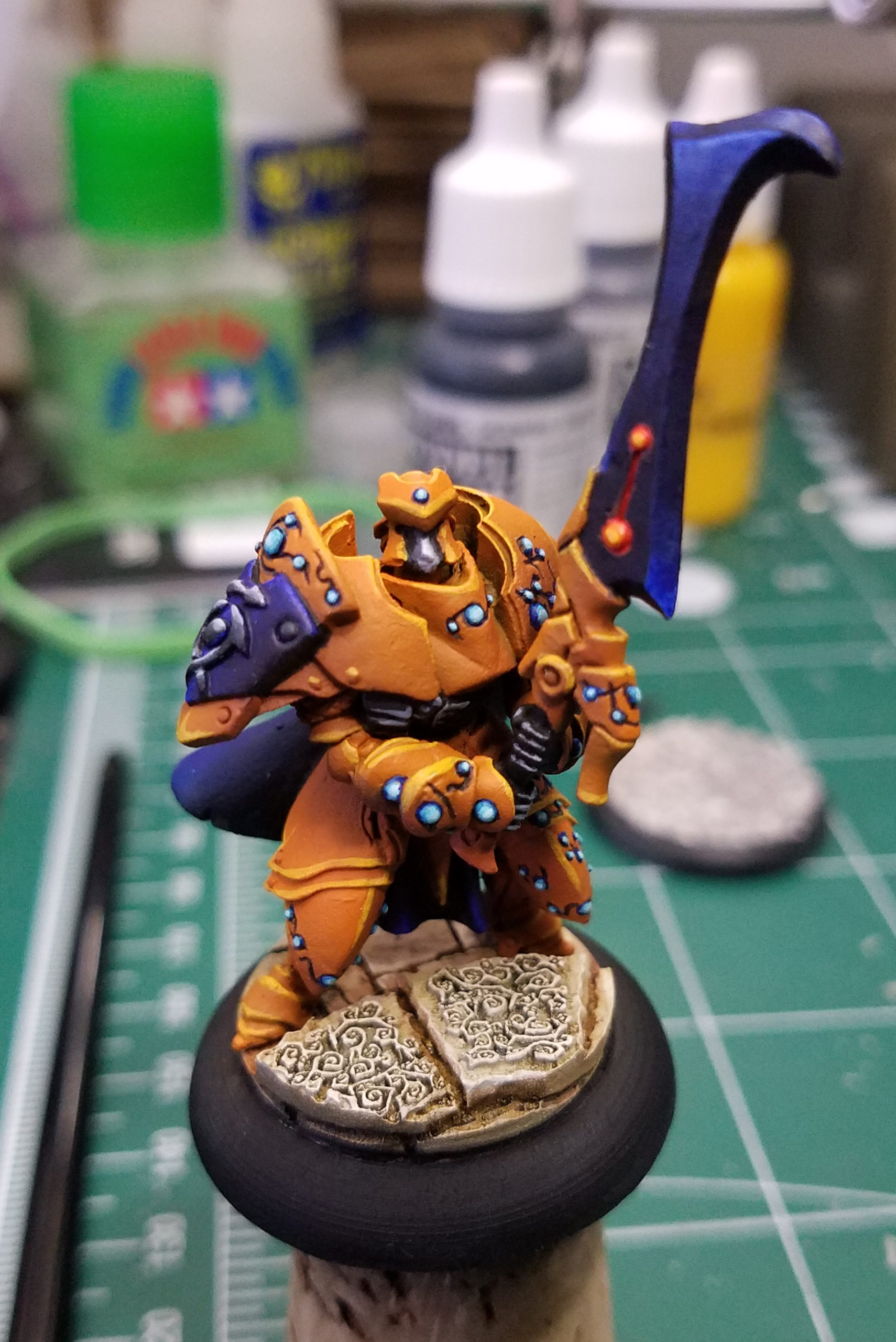 I mentioned last time, that I had commission work coming in that would cause the personal projects to get set aside for a while.  Well, here’s an update on what’s going on!

The main commission I was talking about is a pair of 75-pt Retribution lists with about 20 pts of overlap.  The inspiration for the paint scheme comes from Hampster Cage Studio’s midnight inspired and LED lit Hyperion, and (I think) the client’s Alma Mater, UFL.  This gave us a nice bit of contrast in a dominant set of complementary colors:  blue and orange.

The main scheme should use blue for armor and orange for cloth, and then invert that for anything with the Dawnguard label.  Including Imperatus.  Of course, Retribution has loads of glowy bits, so the obvious solution is to use the opposite color as the glowy bits.  So, there’s a lot of play between the complementary colors, and since the blue will be very dark and the orange rather bright, there’s also some contrast in value.

I chose a House Shyeel Artificer and Dawnguard Scyir as the test models for a few reasons.  One, they’re metal so if it all went to shit, I could just throw them in the soup and not worry about it.  Two, they each showcase the scheme in different ways.  The Artificer has lots of armor and cloth, but isn’t a Dawnguard model, so would show blue with orange.  The Scyir would show orange with blue.  Since they had opposite colors for armor, they’d also let me work out the proper recipes for orange and blue glowy bits.

Here’s the Dawnguard Scyir, effectively done and even based on the Micro Art Studio’s Arcane bases the client picked up. 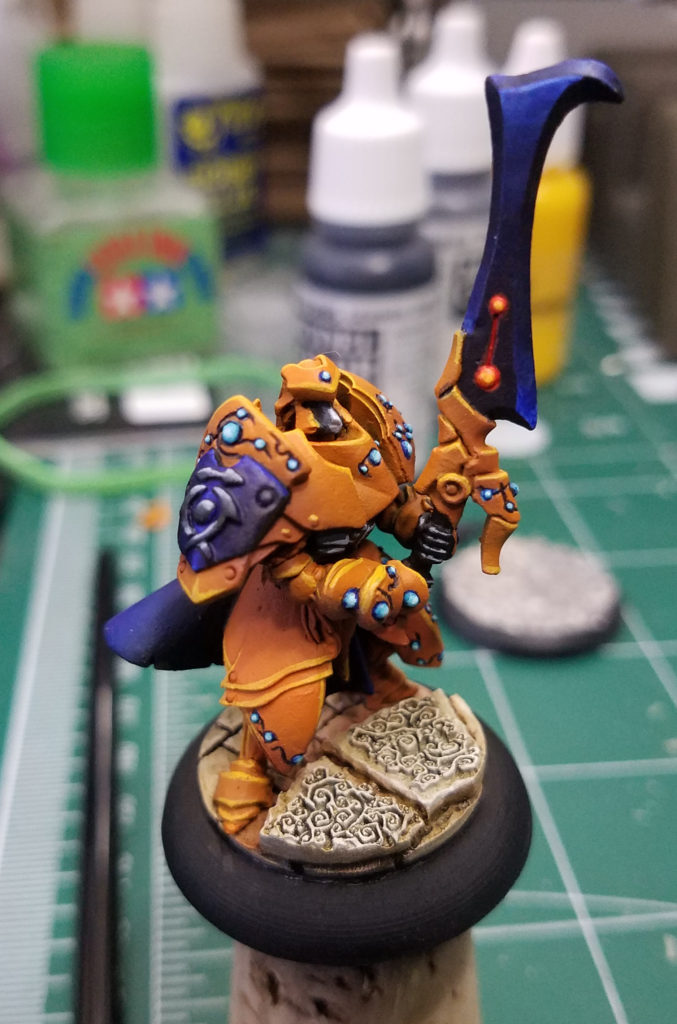 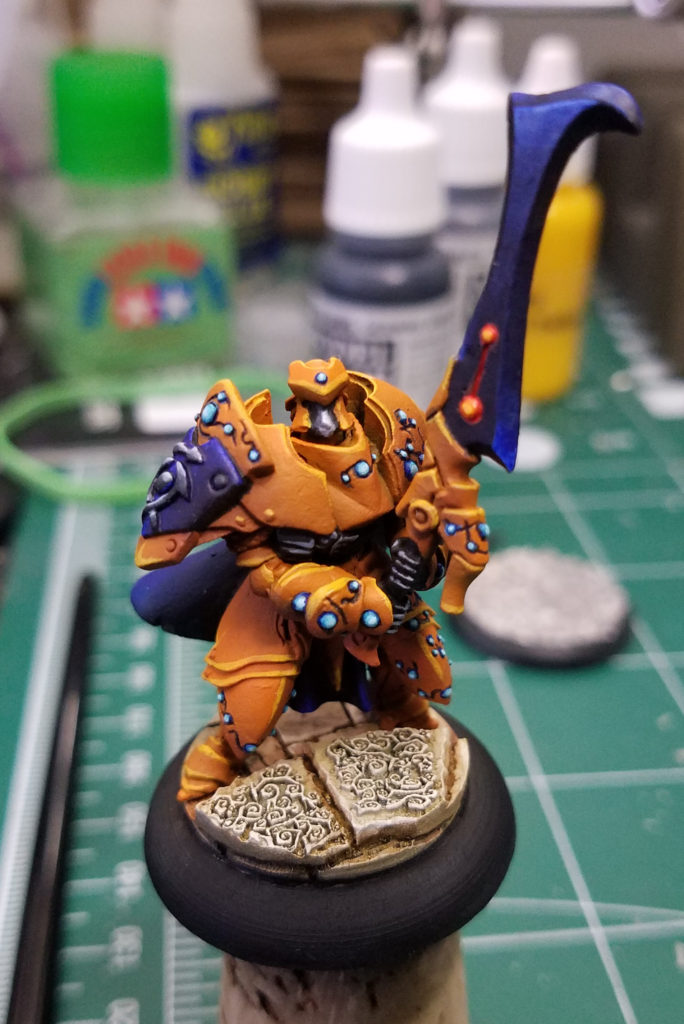 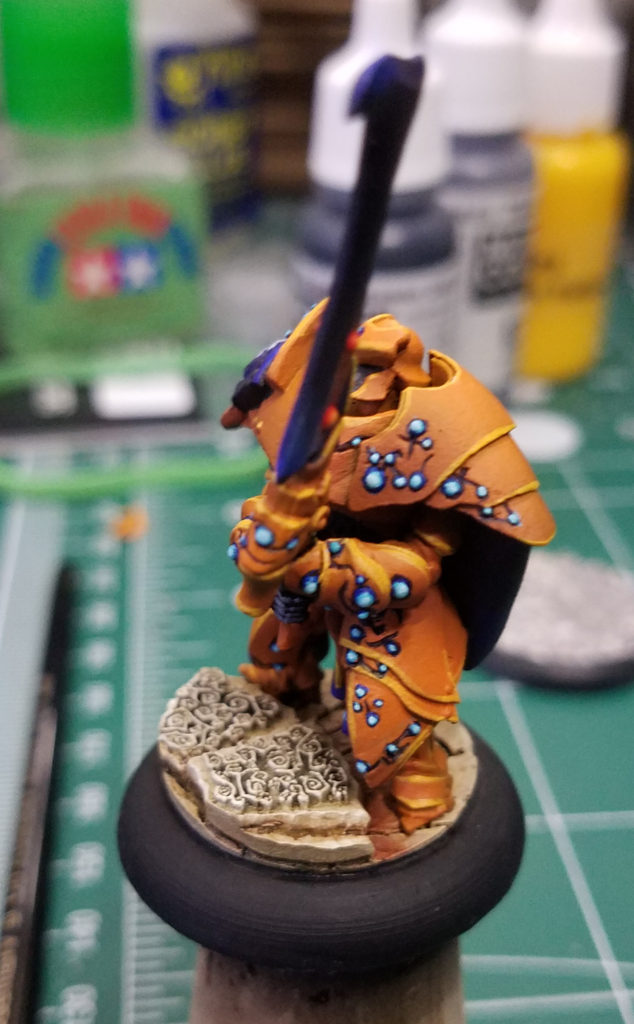 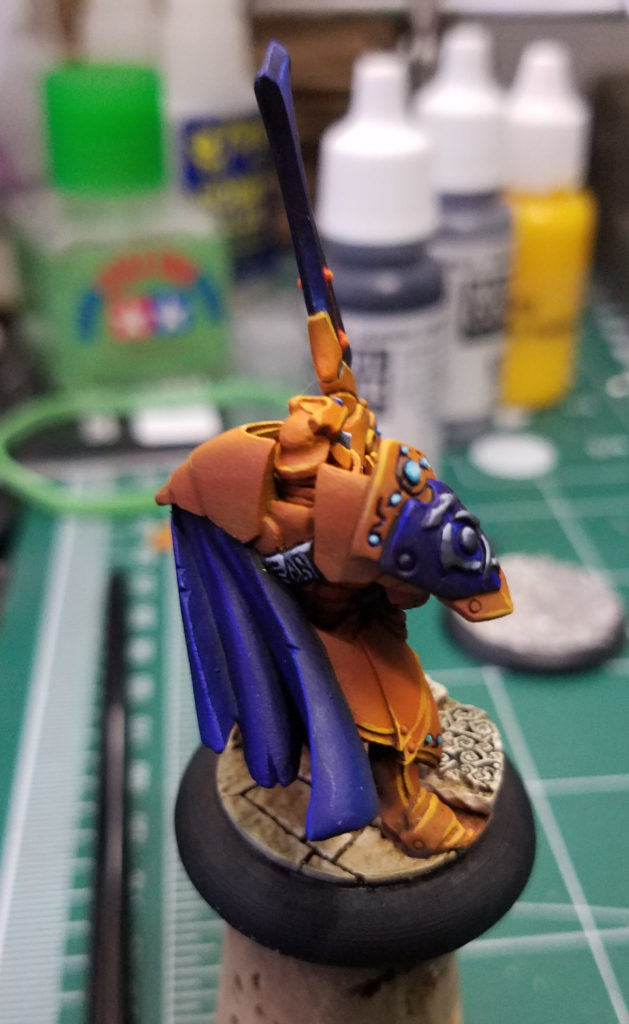 And, here’s the Artificer, sans base because I’ll paint all of those up at once. 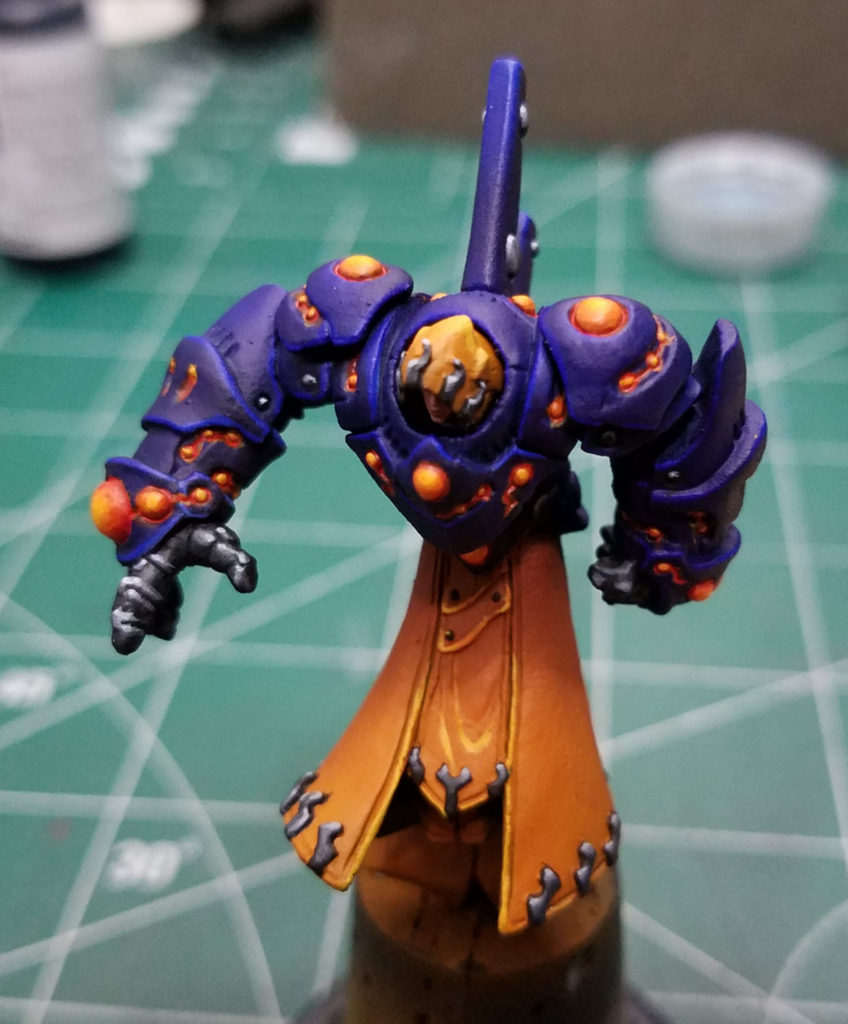 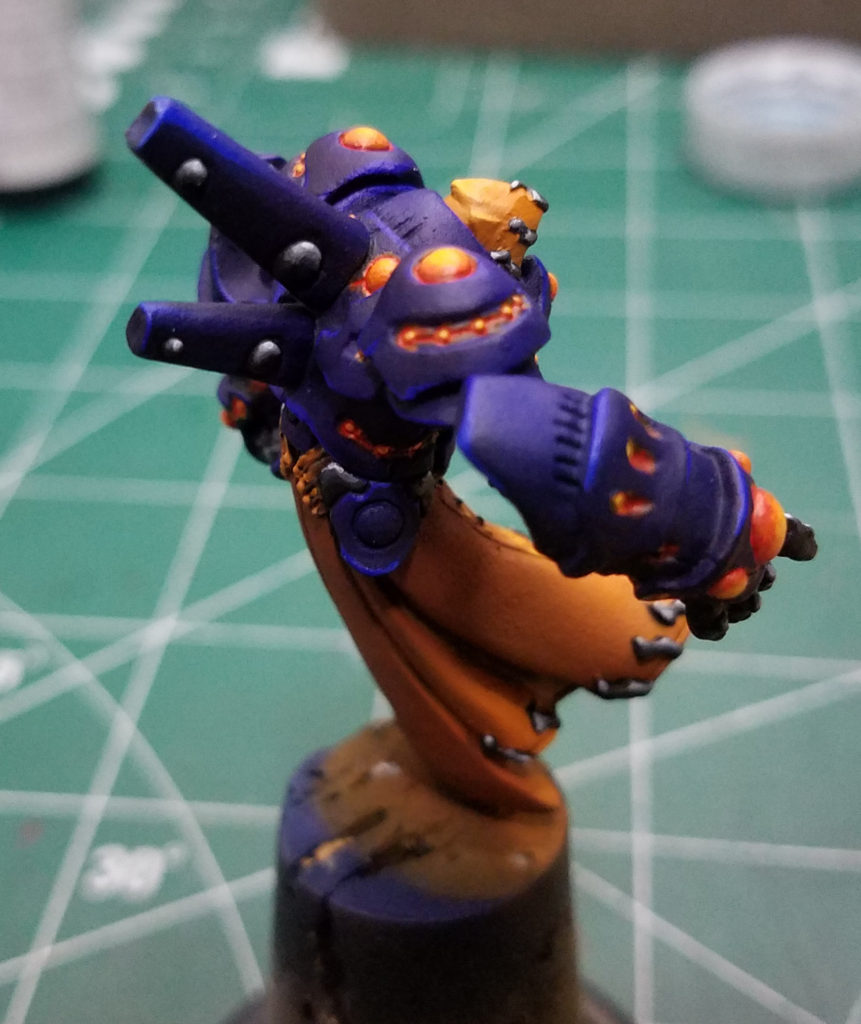 I’ll be doing full blown step-by-step tutorials on these later, after I’ve gotten through and painted all the models.

For now, though, here are my notes on the scheme in the form of a paint list.