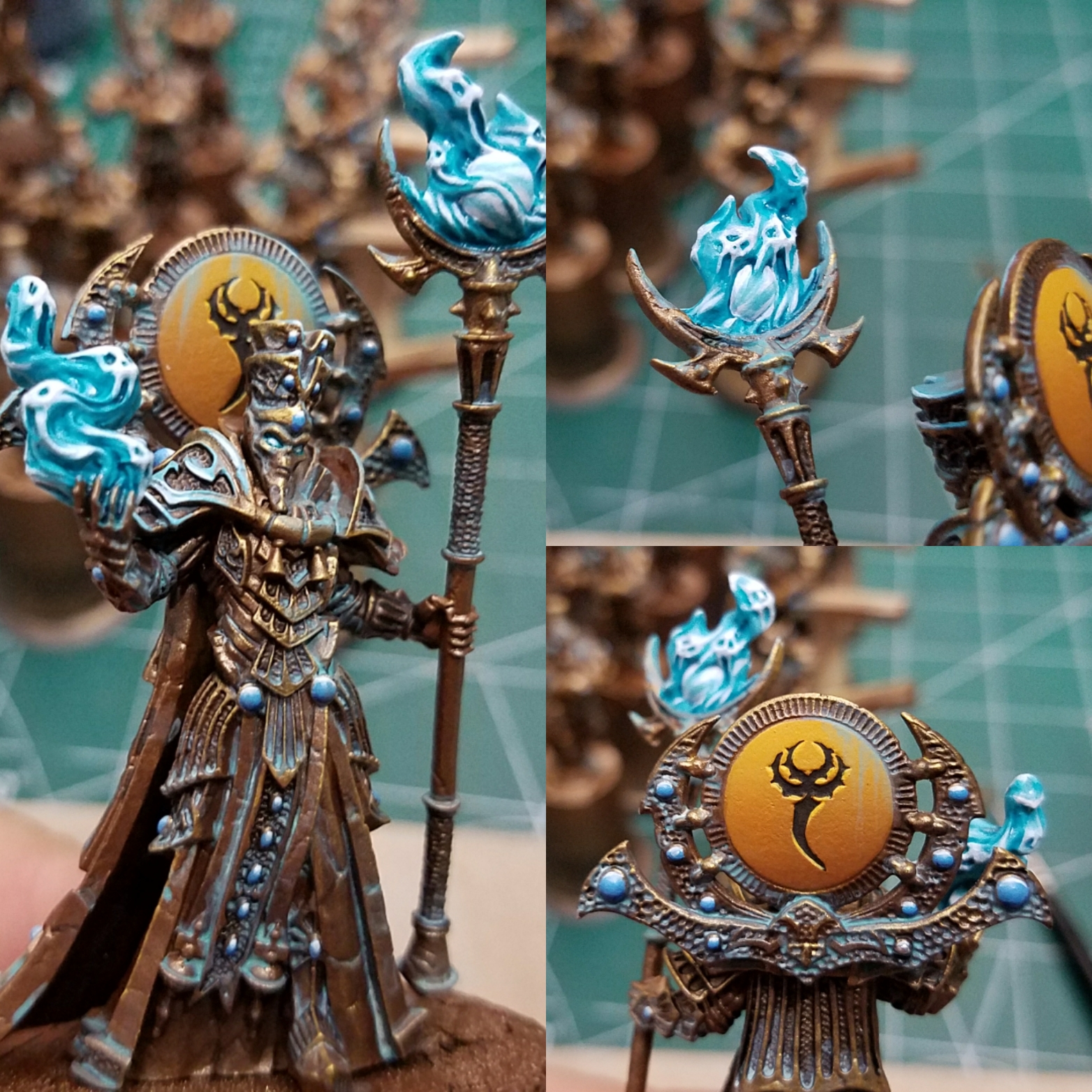 The dust swirls around the long forgotten ruins, aloft on eddies of warm air stirred by the sun’s harsh rays. The distant sound of hundreds of feet marching on the packed dirt floor reverberates down the stone canyon, easily mistaken for far off thunder. Side-by-side in immaculate formation, columns of Exalted Immortals walk in lock-step. Each cohort is accompanied by an Extoller Advocate, a watchful shepherd of the ancient souls inhabiting the stone and metal bodies of the sleepless soldiers. Led by Zaal, the Ancestral Advocate, his Obsidian Staff alight with magical essence and purpose, the Immortal War Host of the Exalted marches tirelessly to battle…

Here are two full units of Immortals, each with an Extoller Advocate Command Attachment. The client already owns one full unit with attachment, so these had arc markings done in colors unique from the typical blue accent color – reddish-brown and yellow (colors stolen from the existing scheme). The soldiers in this force are metallic, not stone, so they were done with the scheme’s metal recipe. To add character and exemplify the ancient nature of these guys, some verdigris was added, and I’m very happy with how they came out.

Of course, what’s a War Host without a fearless leader? Zaal2 with all of his fancy glowy bits is ready to give the command. He follows the same scheme as his Immortal soldiers, but his back piece is a fantastic place to show off the primary color for these guys, orange. Acting as a sharp compliment, I used teal as the color for his magical soul-infused glowy bits. 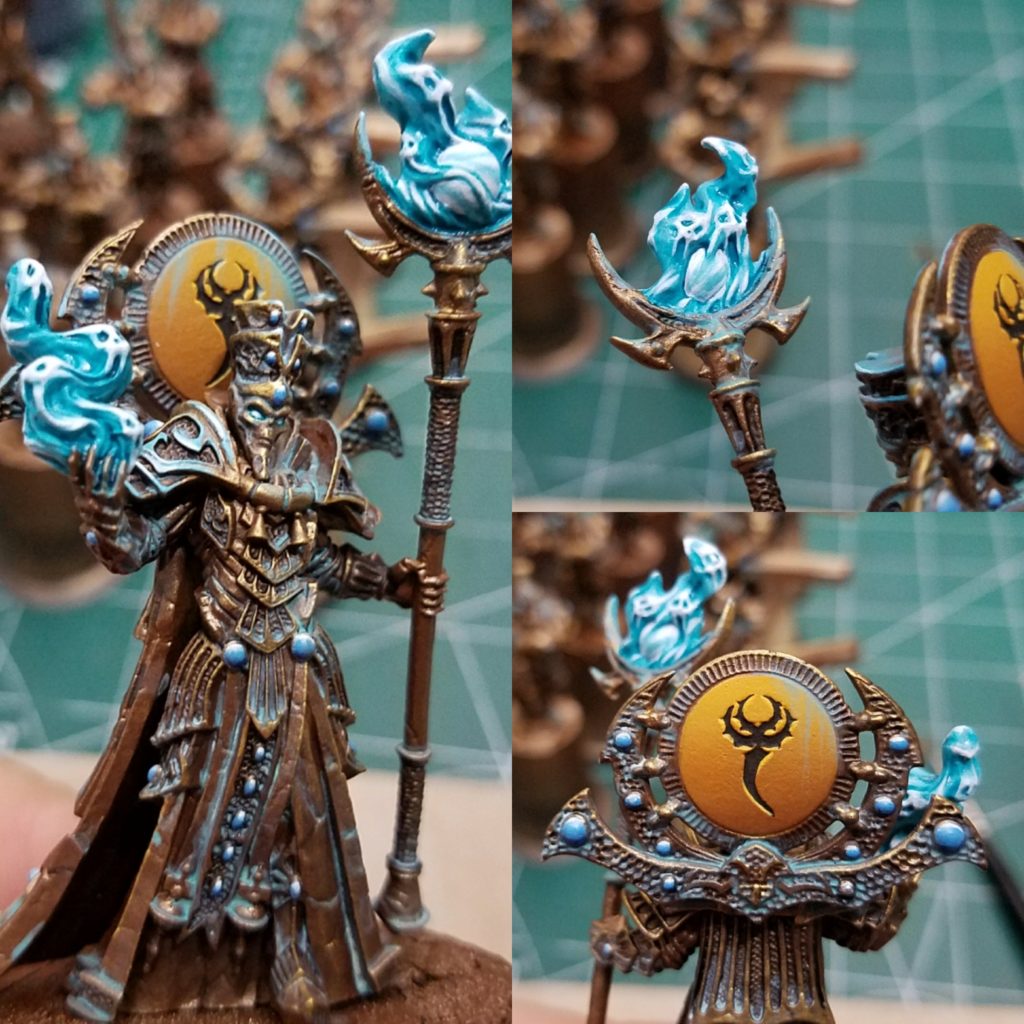 All in all, a rather fast and fun large-batch done for a client eager to have these hit the tabletop!