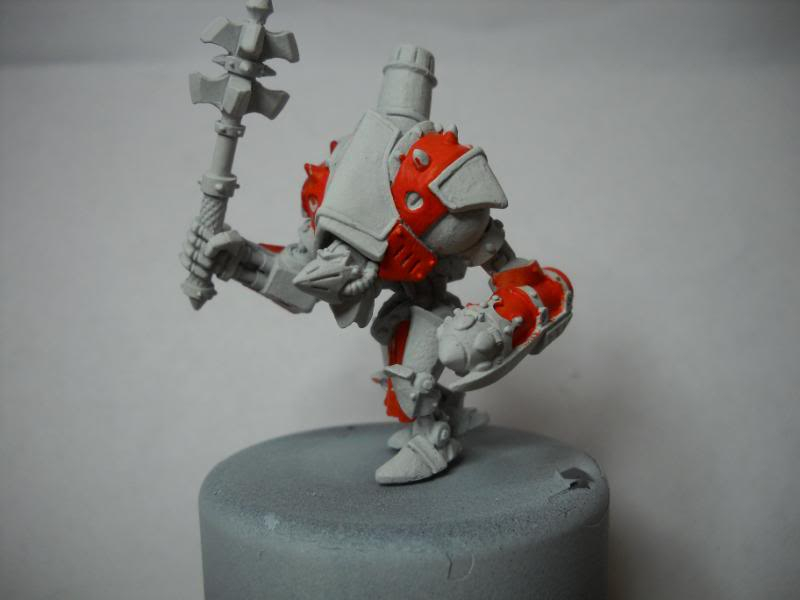 Here’s my inspiration for the scheme (Kudos to Deacis). I want to have more orange, and less red. Nonetheless, these are gorgeous and the reason I’m playing Menoth:

Knowing how difficult it can be to do a bright color over black, I primed a Temple Flameguard Grunt and a Redeemer last night:

I also had their bases flocks at the time, so they were primed black:

Today, I played two coats of white over the areas I want to be orange. You can barely see where the white is, but it’s a necessary step. It evens out the primer undercoat which is a bit spotty and doesn’t cover the best.

Next, I put down two layers of Blazing Orange. The first layer was just to get the color down – I went with the natural angle of the brush on the surface, depending on what worked. The second layer evens up the coat and removes all the brush strokes – it’s painted on perpendicular to the previous layer. Since I could see the streaks of the first layer, it was pretty easy to keep the brush moving perpendicular.

I also hit the bases with a bunch of Scorched Earth (dark brown):