I’ve had an idea about what I want to do for my “Exemplar” Menoth Models.  I really like the studio Menoth scheme.  However, I don’t like being 100% true to the studio scheme.  Even my Skorne have the little green sashes.

So, I wanted to use the studio scheme, but I wanted it darker, and yet I wanted to emphasize fire.  I love the darker Menoth schemes that folks have done.  Here are some examples.

So, I sat myself down with the color palettes I wanted to use, and a sheet of white paper.  Here’s how I tested out the scheme without any fancy photoshop or without wasting a model (well, not exactly).

The colors I have here are:

The first two color sets are taken almost directly out of the Forces of Warmachine: Protectorate of Menoth book.  The last set is my interpretation of some fire.  I wanted it to be super bright. 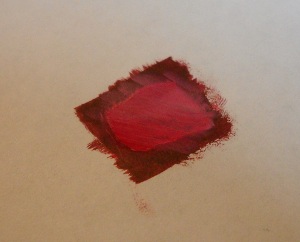 I want a dark scheme, so the dark Sanguine has to be the main color.  So, I started painting.

Then, I mixed some Carnal Pink into some Sanguine Highlight and put that down.

I immediately didn’t like it.  It was too bright.

So, I put some more Sanguine Highlight down after this picture was taken. 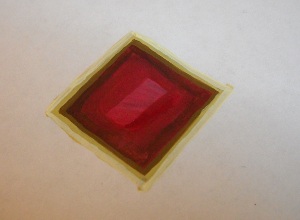 I then had to figure out what set of colors would go on the borders, and what color would go on the Menofix that’s traditionally in the middle.  I decided to actually invert the traditional color scheme, so I painted the border white.  Well, I used the three color progression listed above.

So, that leaves the orange/yellow for the Menofix in the middle. 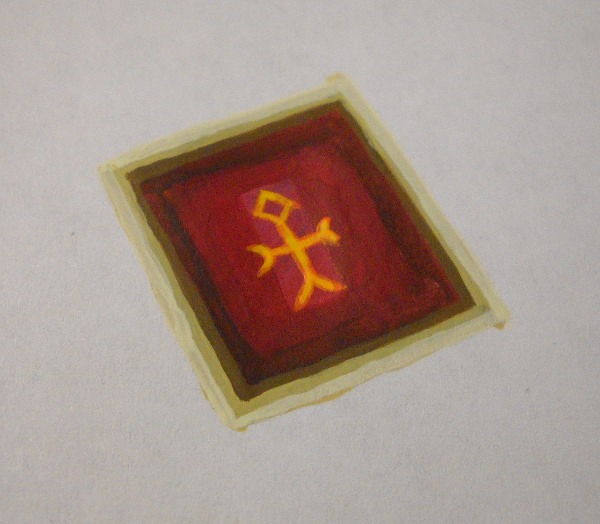 Overall, not too bad.  I had a spare Repenter laying about, and so I decided to try out the scheme on it.  Here’s how it turned out: 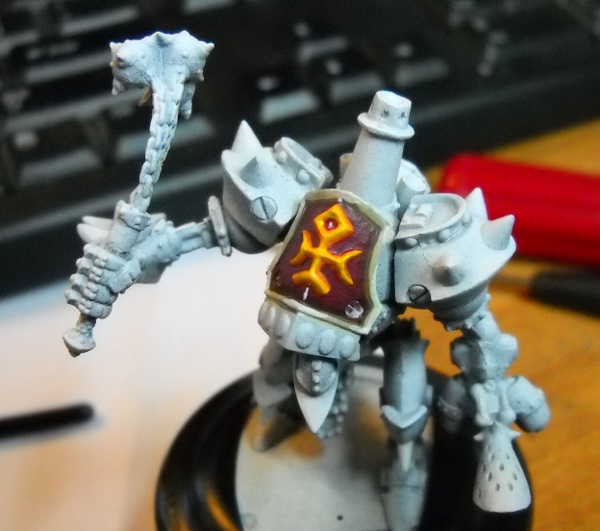 I think it turned out pretty well.

As I wrote this though, I’m beginning to wonder if I shouldn’t exchange the orange and white.  White is a symbol of purity, honesty and faith, and that would be a more appropriate color for the holy symbol, not orange. 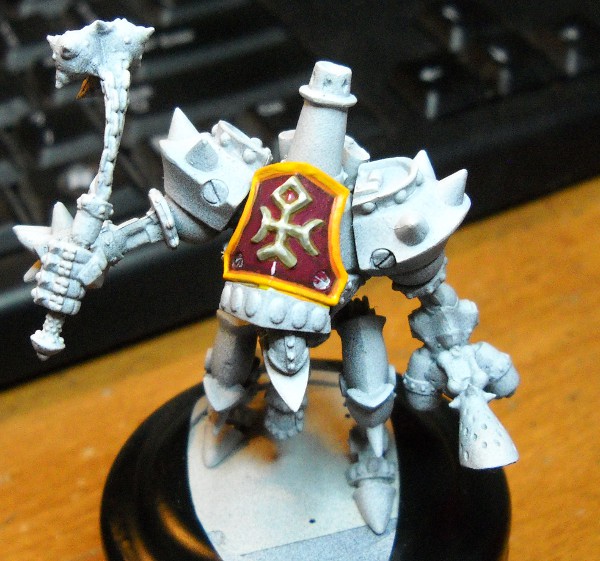