Project Clock Spider was a joint effort to surprise Northblade (of Hobby Hysteria) with a Menoth army.  For those who don’t know, he can’t stand Protectorate.

Several of us got together, assembled a Harbinger Theme force, and then found and painted the models. Northbalde is a Cygnar fan, so we eased the pain to a degree by painting the Protectorate white and blue.

My contribution was Harbinger herself. This model was painted over a year ago, but it’s taken us this long to get all the pieces together in one piece for delivery. 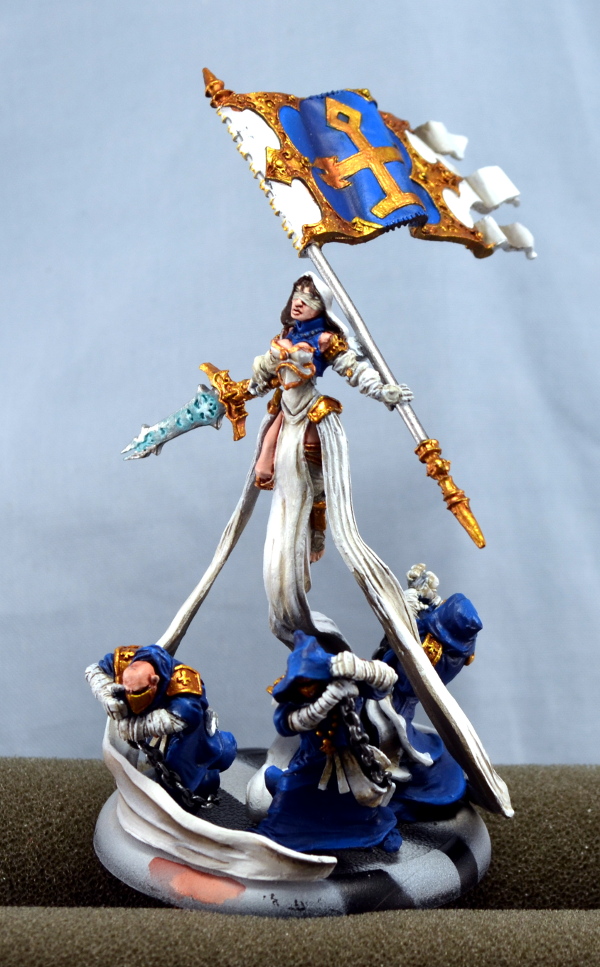 The build was simple, it’s the stock model. I pinned the floaty streamers to her hips, and to the base. Each acolyte has two pins as well.  The only mod was a swapping in a brass tube for the flag staff, to make it more stable.  The base was going to be a Dragon Forge base supplied and Painted by G’daybloke, so the base here is just a way of keeping everything in one place. 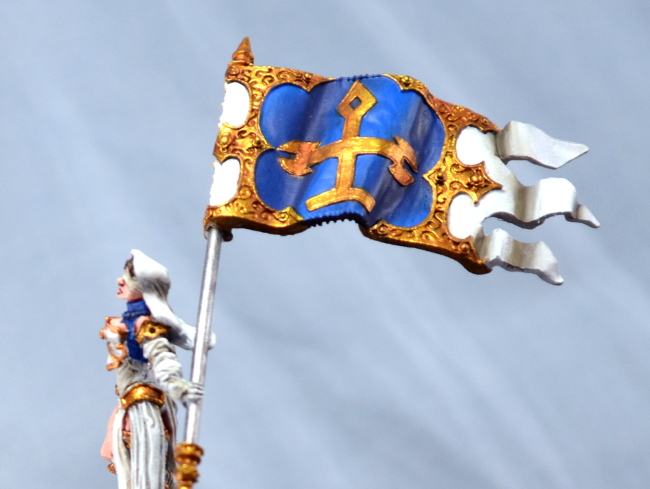 Here’s the video of the delivery of Clock Spider at Templecon
(WARNING: Strong language ensues):

I will post an update later when Northblade or G’daybloke has had a chance to take pictures of everything so you can check out the entire army.