If you’re a follower on social media (Facebook, Twitter, or Instagram), this will be old news but there are two big updates to the Sunset Retribution forces.

First, in November, I painted Hemera. This is the last character jack to be completed for the army, and was done in a scheme similar to Imperatus. 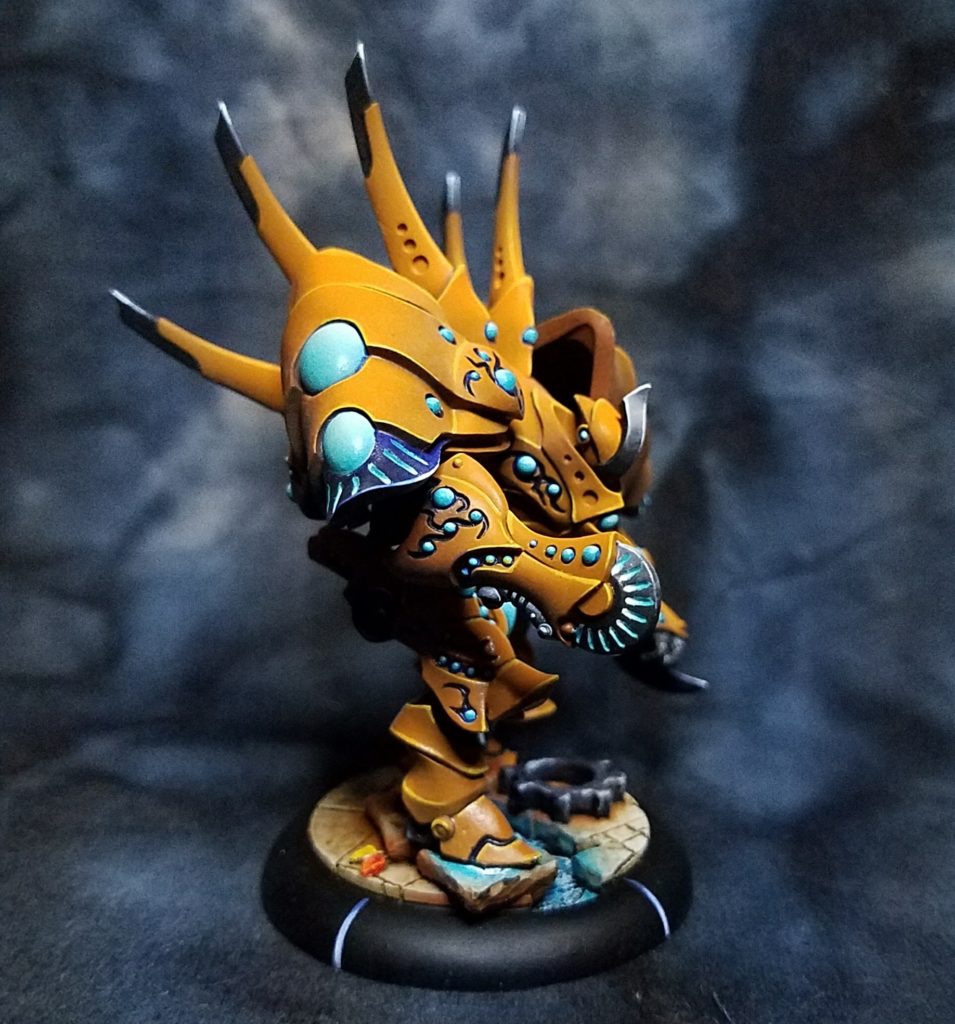 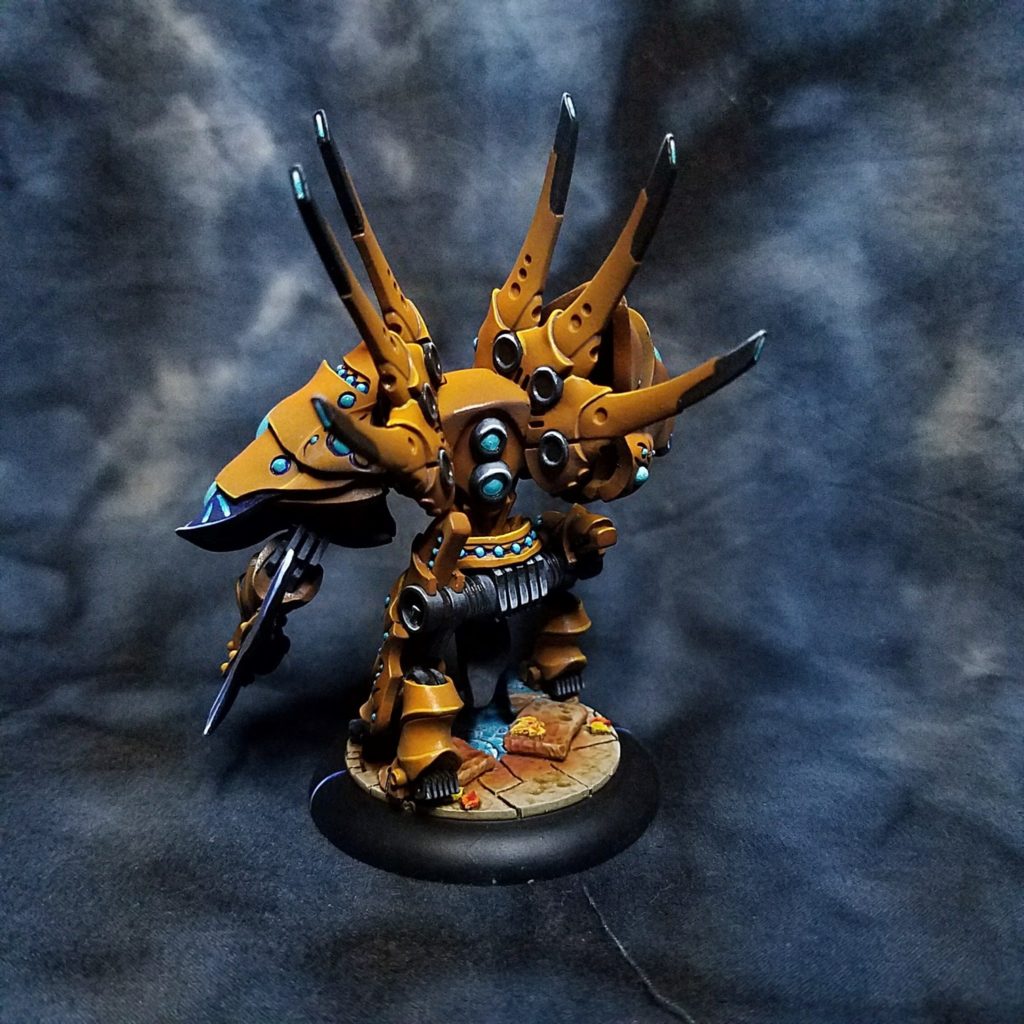 December was largely lost to some small personal projects (D&D monsters, more on those later) and the holidays.

January, however, has been very productive, and brought the completion of the Ellowyr Swordsmen. In order to make their swords feel more aggressive, the curved tips were removed leaving sharpened points. Additionally, as these belong to a different House (than Shyeel or Vyre), a new scheme was designed to give them a unique feel. These were heavily inspired by TRON, but borrow the dominant blue glow from the House Vyre scheme.

Here they are in action against some poor Khadoran Winterguard troops: 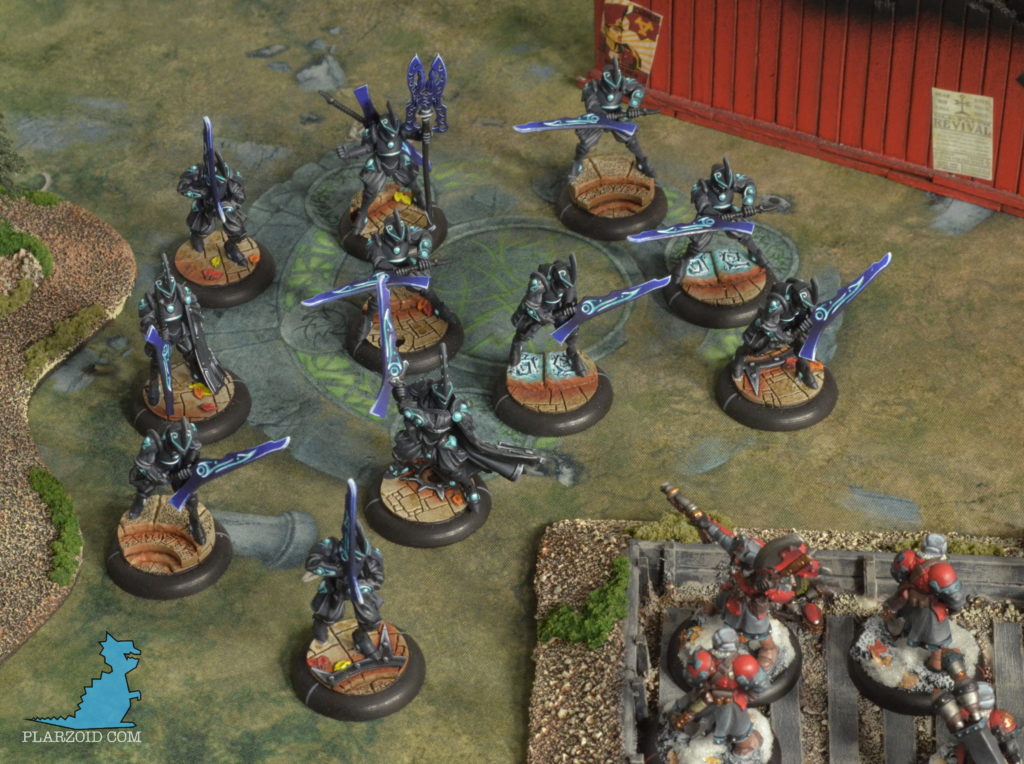 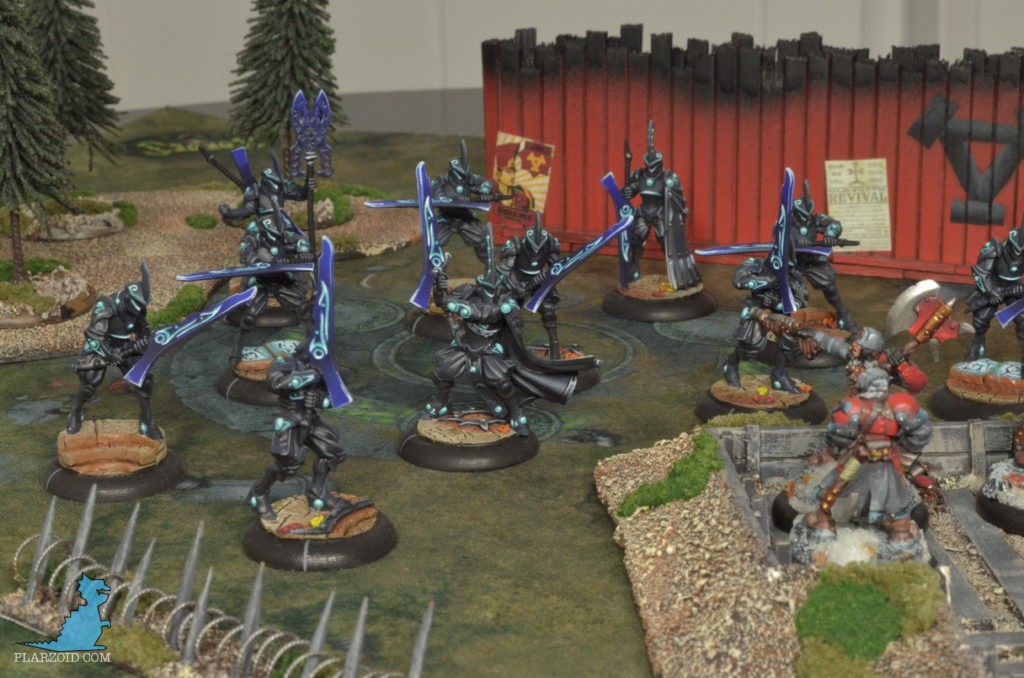 Stay tuned to social media for updates on what’s next for the Sunset Retribution army!!