Conventions are one of the best ways to try out new games, catch up with long lost friends, and get drunk.  They’re the only venues that can do massive tournaments, and it’s fun to see all the cool costumes and armies that come from all over.

There are also vendors, and lots of opportunities to get free stuff!

Broken Egg had these amazing resin wall markers for a great price.  They were around $7 each.  The top one is basically an eruption of dirt and rocks, and the rocks have some generic runes etched in them, so easily convey a magical wall.

I picked a few of these up for people as gifts, and some for myself, of course.

I really wanted to get a set of their Netrunner Credits, but they were sold out by the time I remembered they had them. 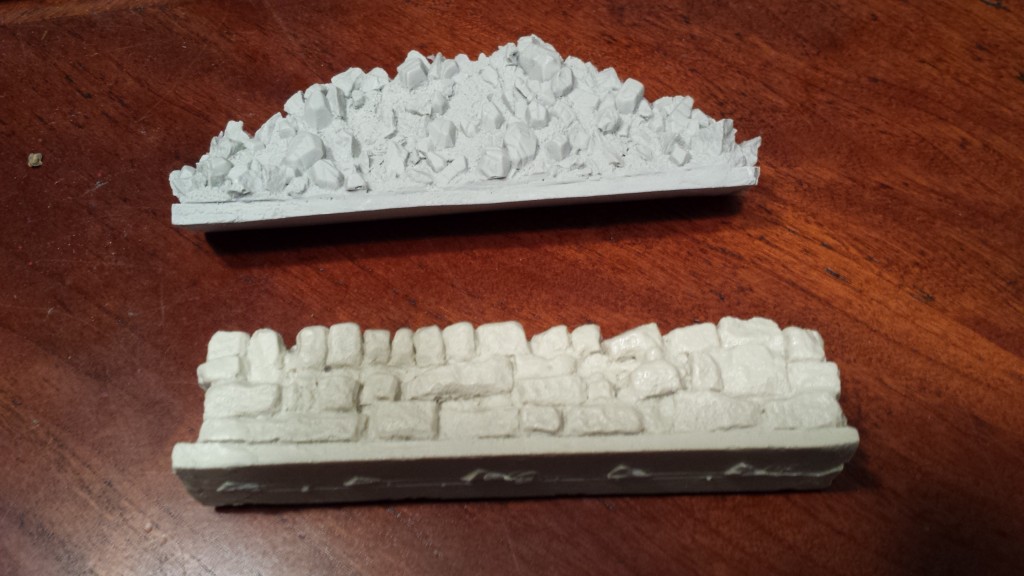 Captain R!  This mini boss is awesome, and will add a great bit of variety to the two SDE games I play a year.  It’s just a fun mini.  I’m really hoping to find time this year to paint some of my SDE minis.  Then, maybe I can justify getting the Von Drakk set… 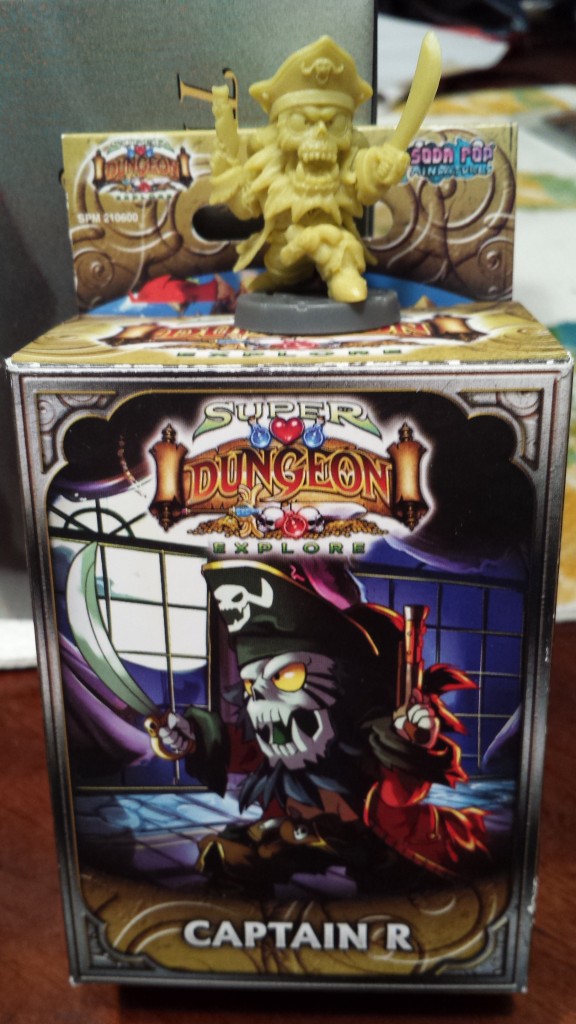 The only PP thing I purchased for myself, the Alt Ashlynn.  It’s just a gorgeous model, and one I plan to paint to the best of my ability as a show piece. 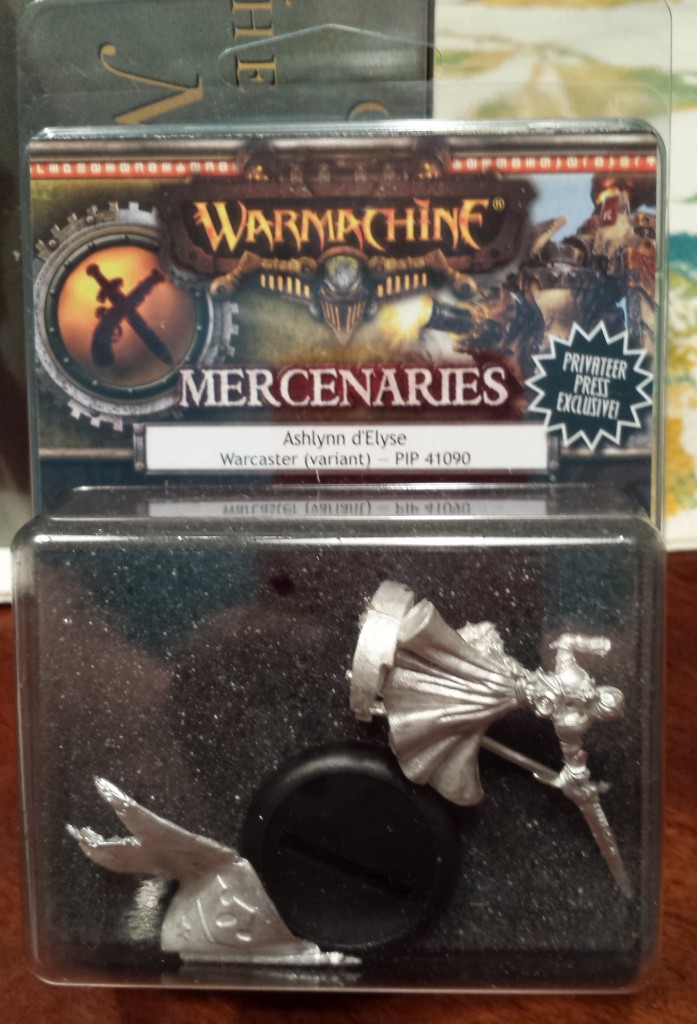 Butcher3 and the Bombardier Bombshell were a gift from [redacted], for our game of Warmachine, which was one of only three that [redacted] got in during the weekend. 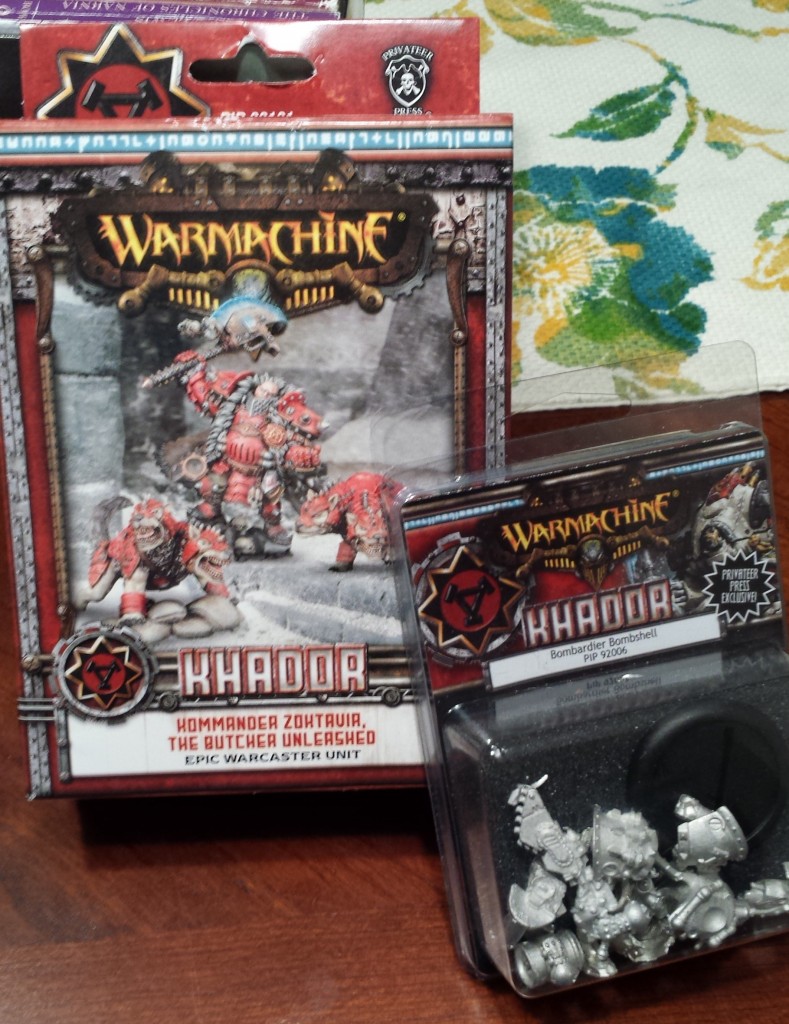 I know we played a game, but before that, G’daybloke (of Lost Hemisphere fame) gifted me a Kicky Monk, since I did not own one already.  Kicky Monks are awesome, and free ones are even better! 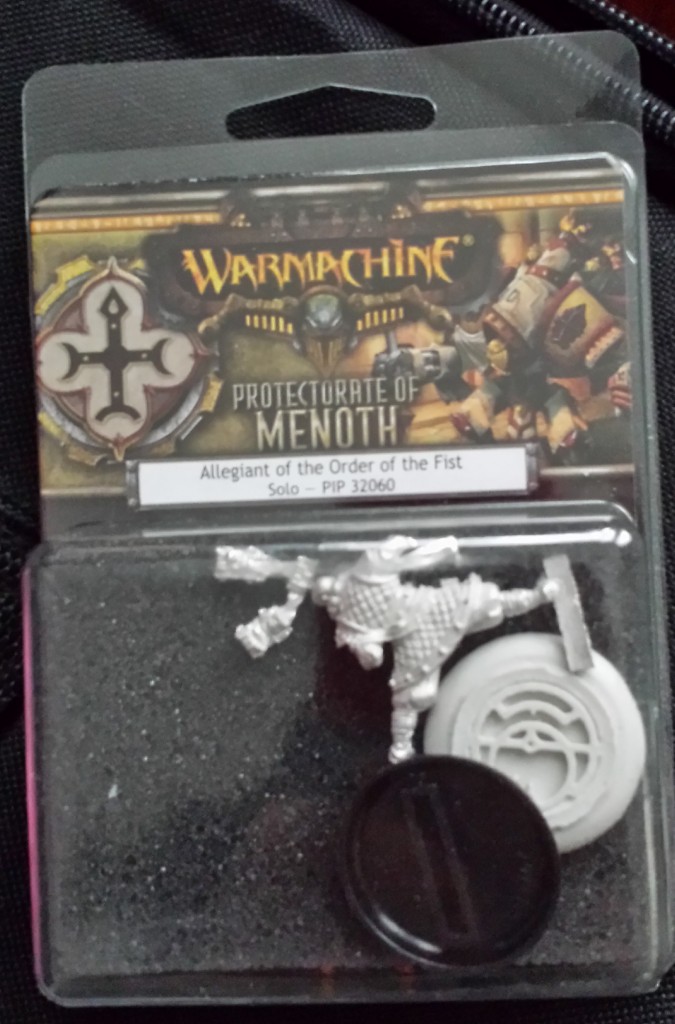 Games & Gears was selling brushes and painting accessories.  Last year, right before or during the Kickstarter, I was talking with Sam and I mentioned that I had tried double-ended brushes before, but they were always too long.  You can spin them, but you have to choke up on them afterwards, wasting precious time.

Out of that conversation, the Games & Gears Specialist brushes (and masters) were born, with the shorter handle.

For that idea, and the success it has yielded, Sam and Games & Gears gave me a free set of everything in their product line.

I’m eager to try them out! 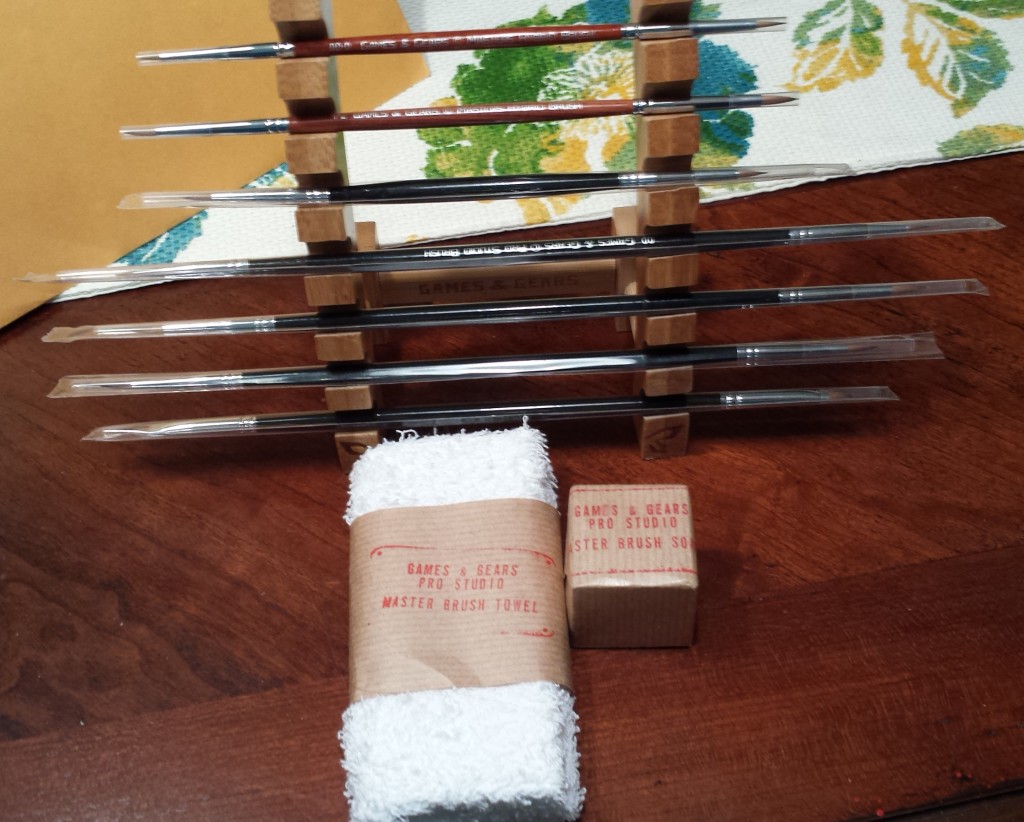 Several of the Lost Hemisphere pals and I keep in regular contact, and we did a gift exchange for the holidays, with delivery at Templecon.  Jen Ikuta, aka BobaFerret pulled my name, and made me a rendering of the Plarzoid.com Plarzasaurus logo using plastic beads!  It must have taken forever, and the exactness with which she captured the logo is astounding,

This is an amazing gift, and I can’t wait to frame it and hang it in my studio.

I purchased the Templecon 2014 patch and five purple dice as a fundraiser to help with terrain upgrades & stuff for the WM organizers through Templecon’s website. The rest of the dice were Iron Arena prizes, including some Q-Workshop dice that came directly from PPHQ!

The 3″ AOE has the Lost Hemisphere Astrolabe (Astrolobe?), and is nice and bright.  It worked great for my Spriggan’s Flare ability. 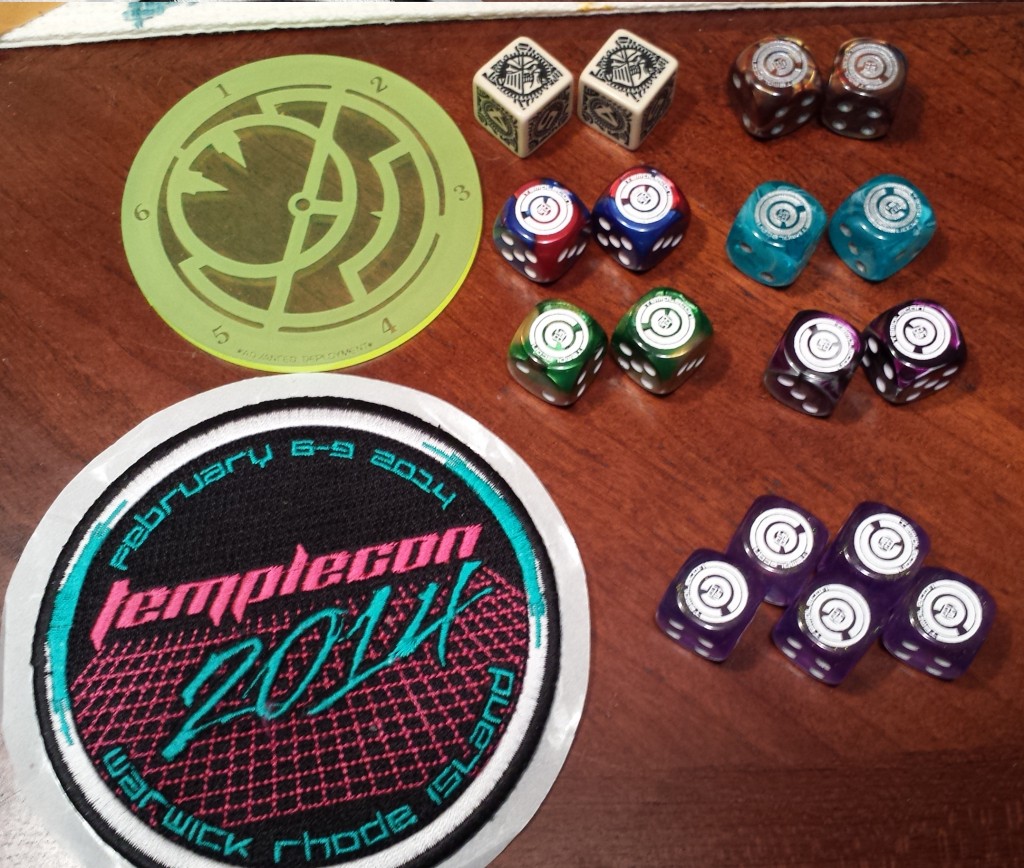 Una, the Falconer and Absylonia2 were my two favorites out of the many ones they had, and I managed to take home one of each (they usually have 5 copies of perhaps 6-10 designs, all provided by PP). 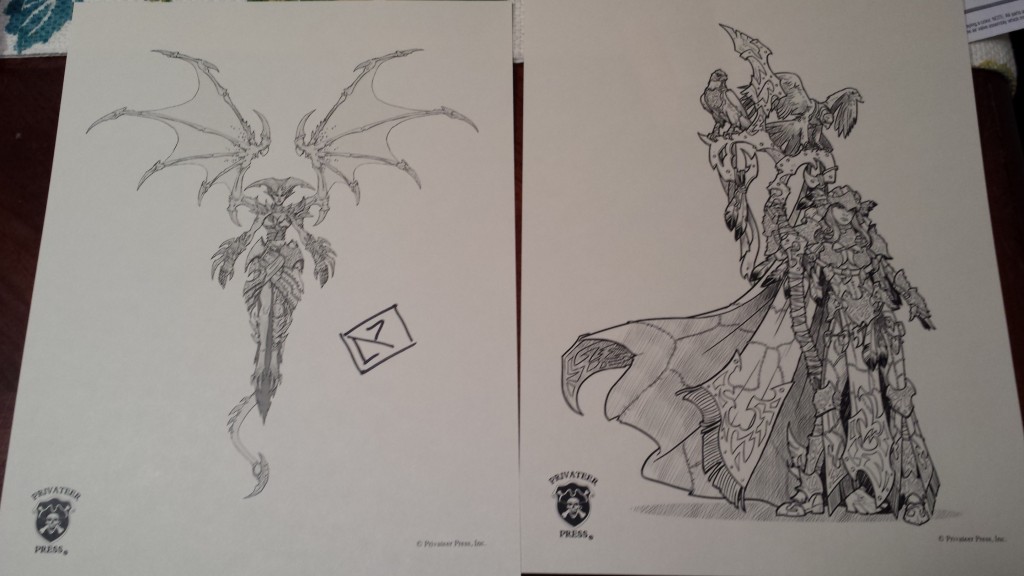 A close-up of Una, the Falconer 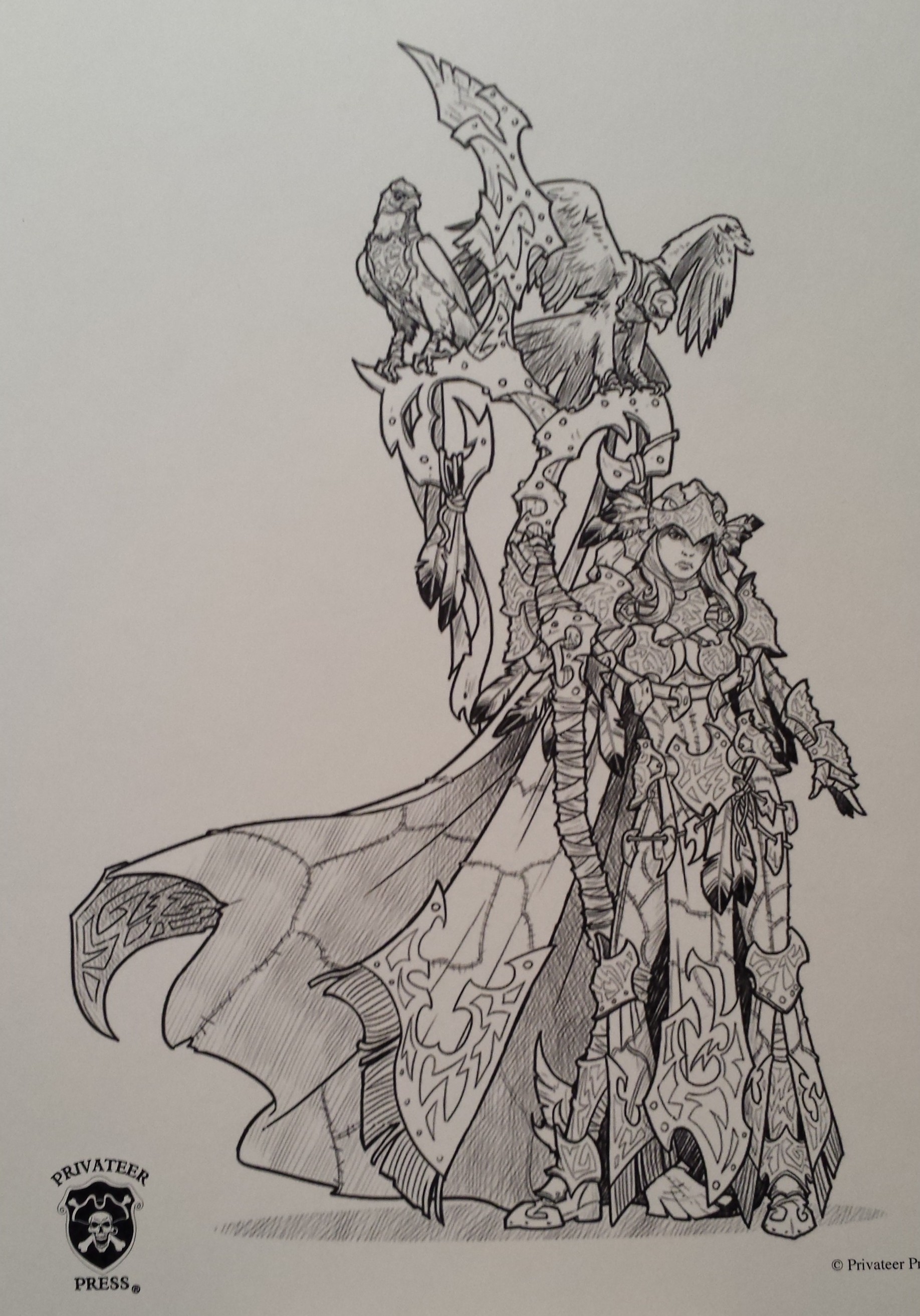 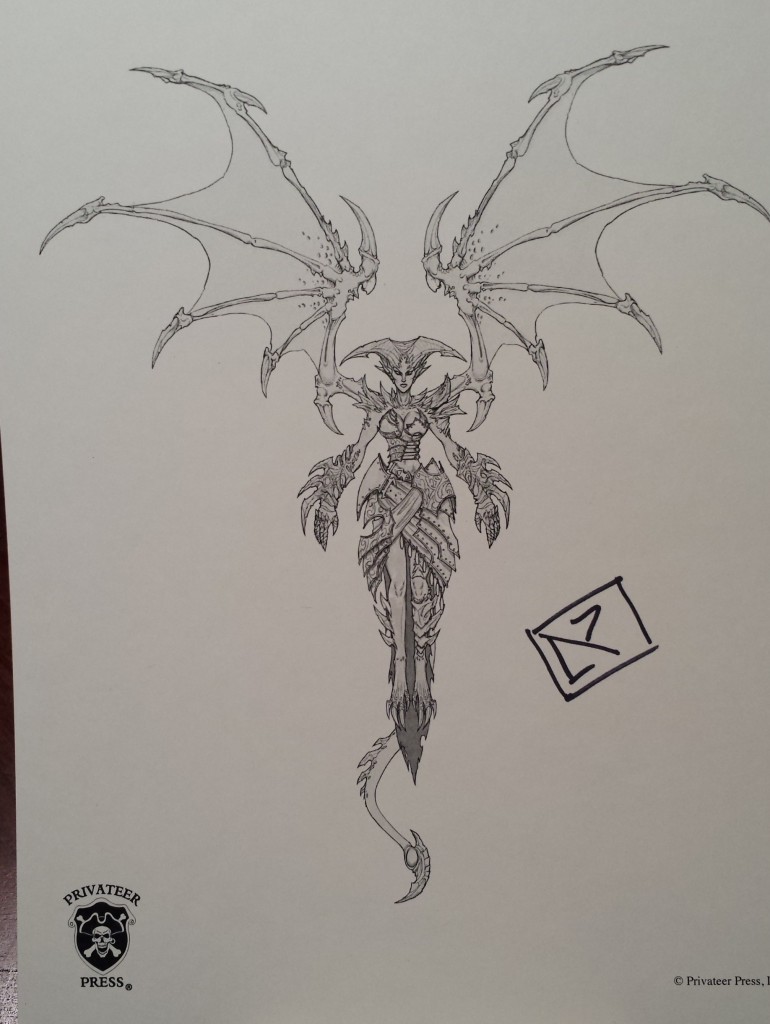 These will look really nice, framed up on the wall next to my Nephilim Bolt Thrower Concept Art from last year, and my two signed Florian Stitz Art Prints.

Anyway, that’s my haul from Templecon.

I love all the neat stuff I got, especially the gifts from my friends and those I played games against.

I look forward to seeing everyone again next year, and I hope to see those that live close to the East Coast at the NOVA Open in September!