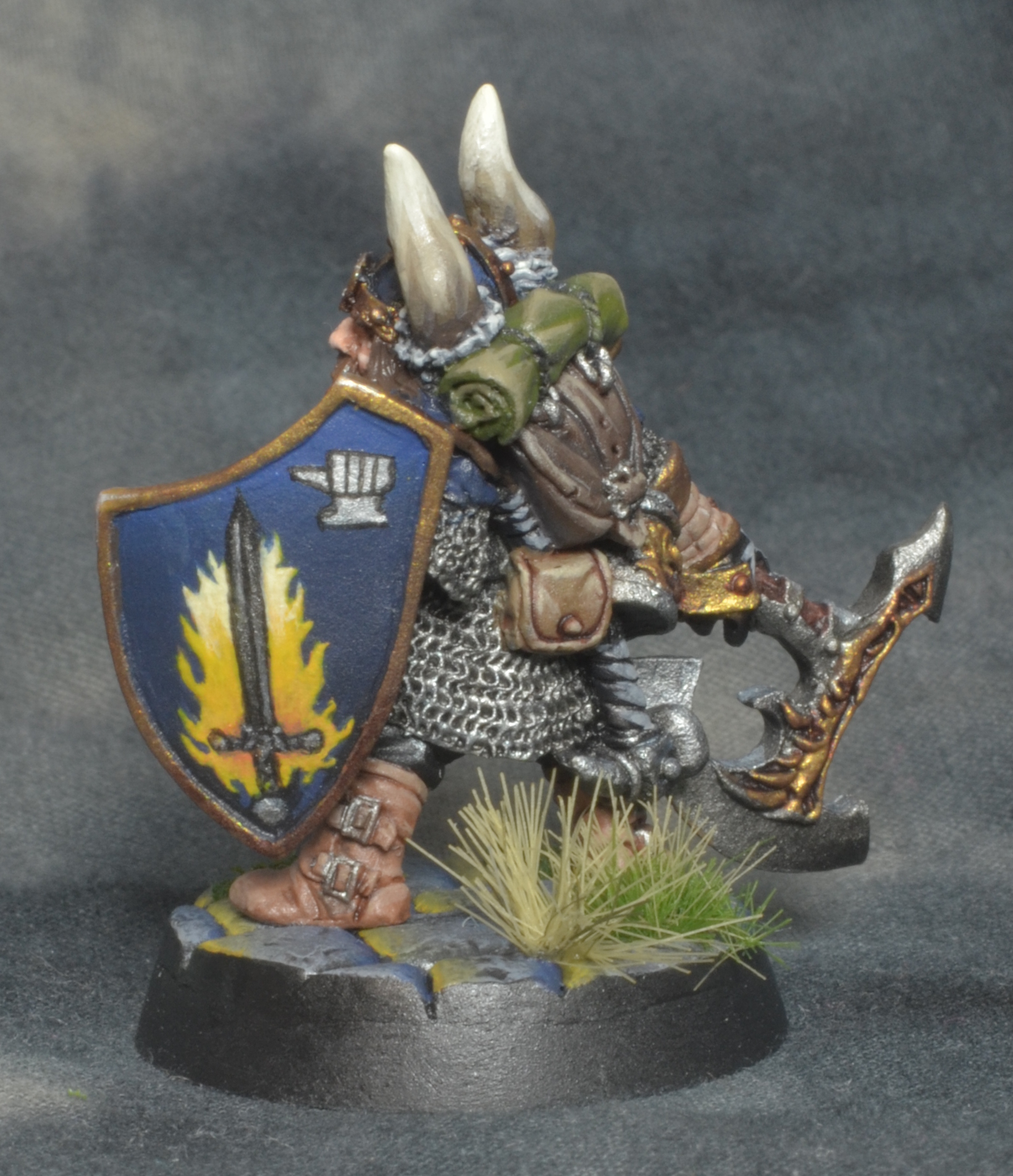 About two months ago, I finished up the first two models in a 6-model commission, a group of D&D characters for a play group.  This weekend, I’m almost wrapped up on the next two.

Grimnir Anvilfist is a Veteran Dwarven Cleric of Tempus.  The model chosen was Reaper’s Dain Deepaxe, (# 02811), and there were two modifications to make.  One, an eye patch was to be sculpted on, and two, the symbol of Tempus should go on the shield.

The eyepatch was easily added, and the shield’s stock detail was shaved off with a hobby knife and then ground smooth with an egg-shaped diamond bit on my Dremel.  Here’s the end result: 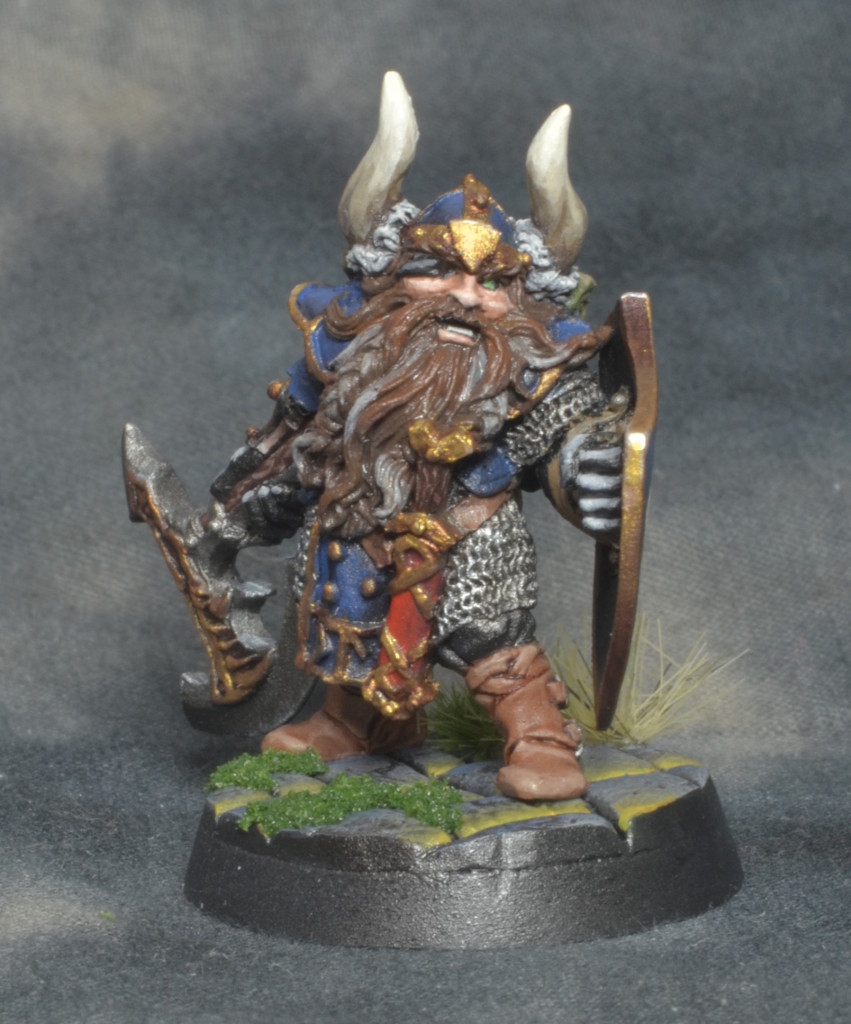 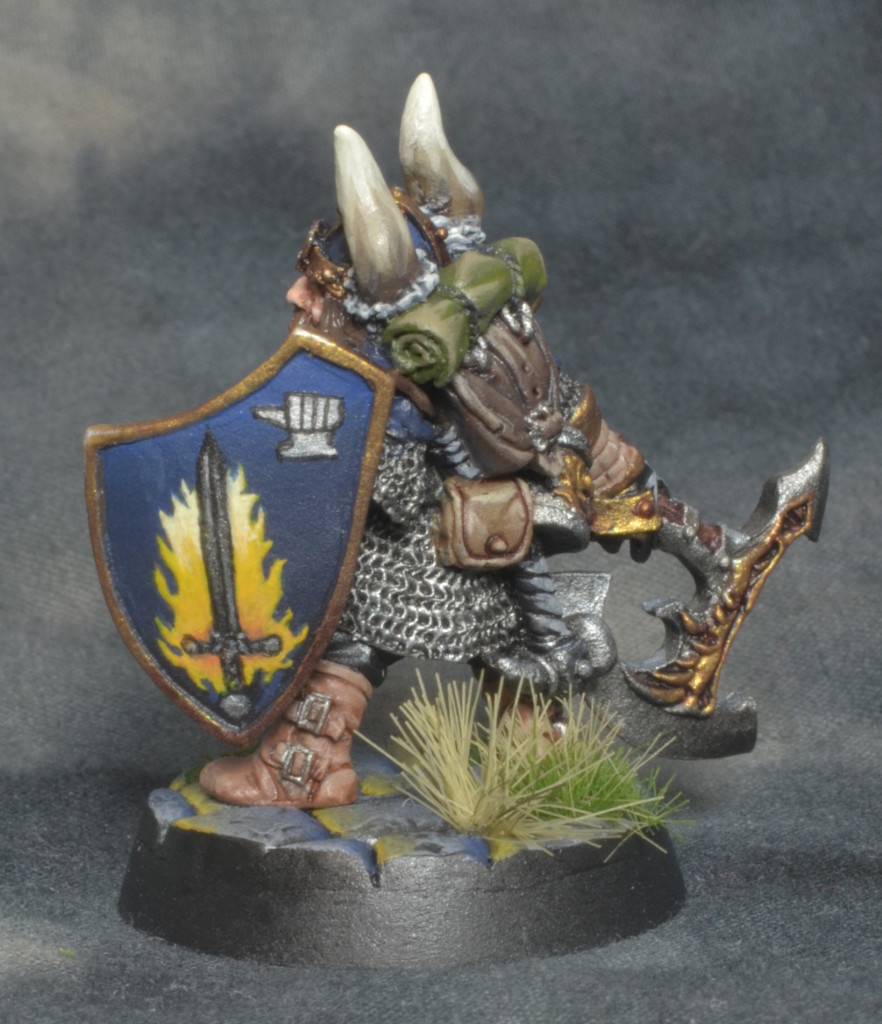 The other bloke I was painting is named Owain, a Tiefling Cleric.  His story’s one of redemption, trying to do good to make up for the demonic pact that gave him horns and a tail.  The model is based off a Reaper model (#03349), with an added shield from a Reptus Warrior (#14425).  Again the shield was cleaned and ground smooth before painting.  I also sculpted on a set of ram’s horns and a barbed tail.  The shield was to have a symbol of Lathander on it. 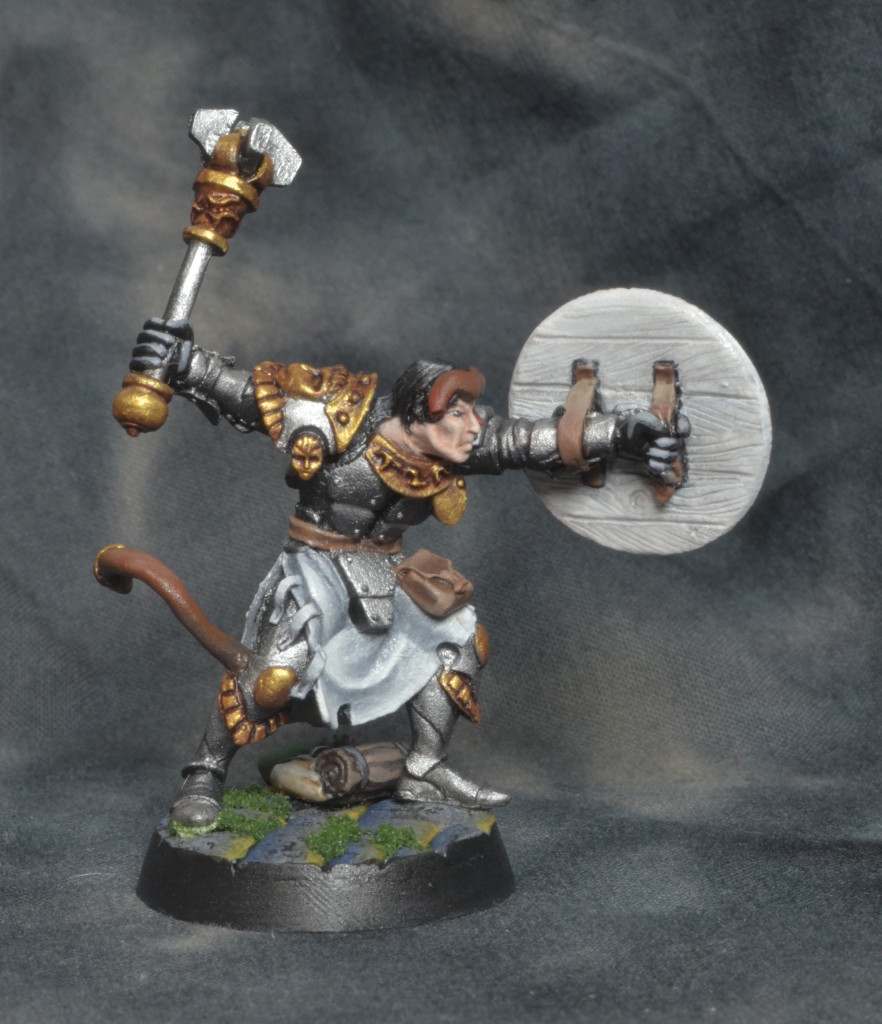 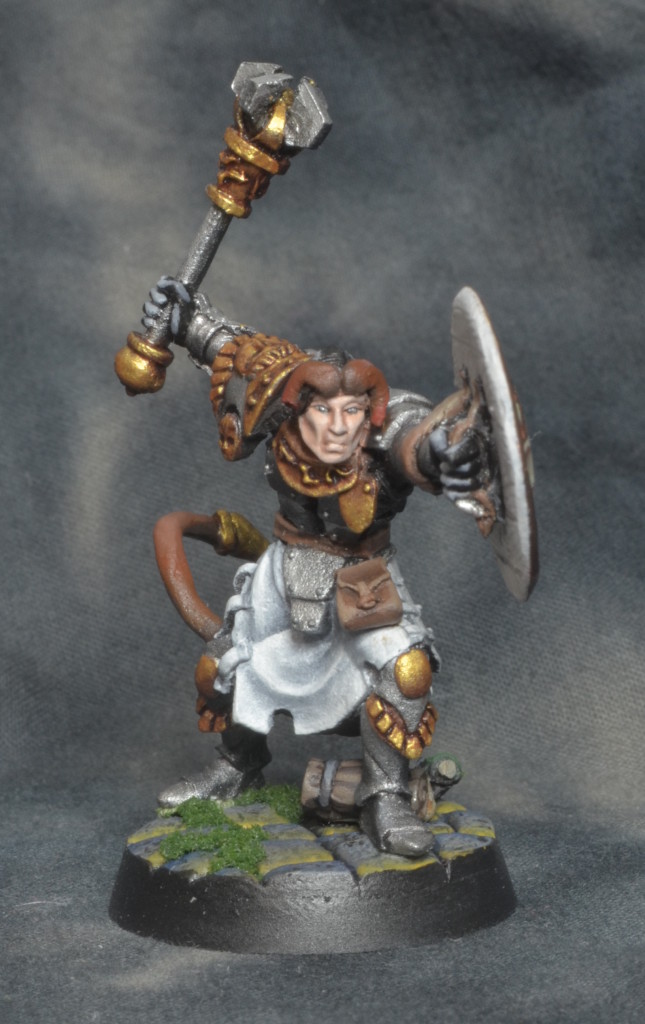 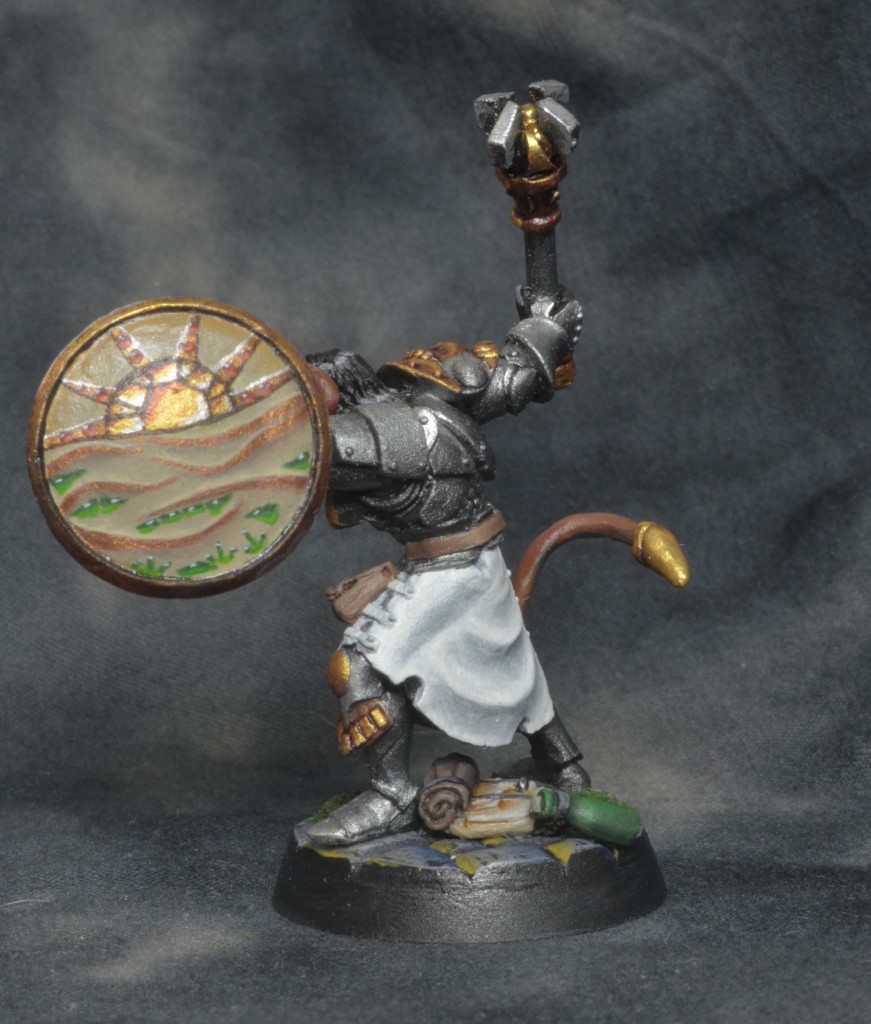 Yes, one horn is shorter than the other.  He tried filing them off as a boy, but it hurt and he stopped.  Thus, it’s blunt and short.

All in all, a pair of fun models with lots of freehand painting on their shields.  Stay tuned for the next two models in this group of awesome D&D characters!