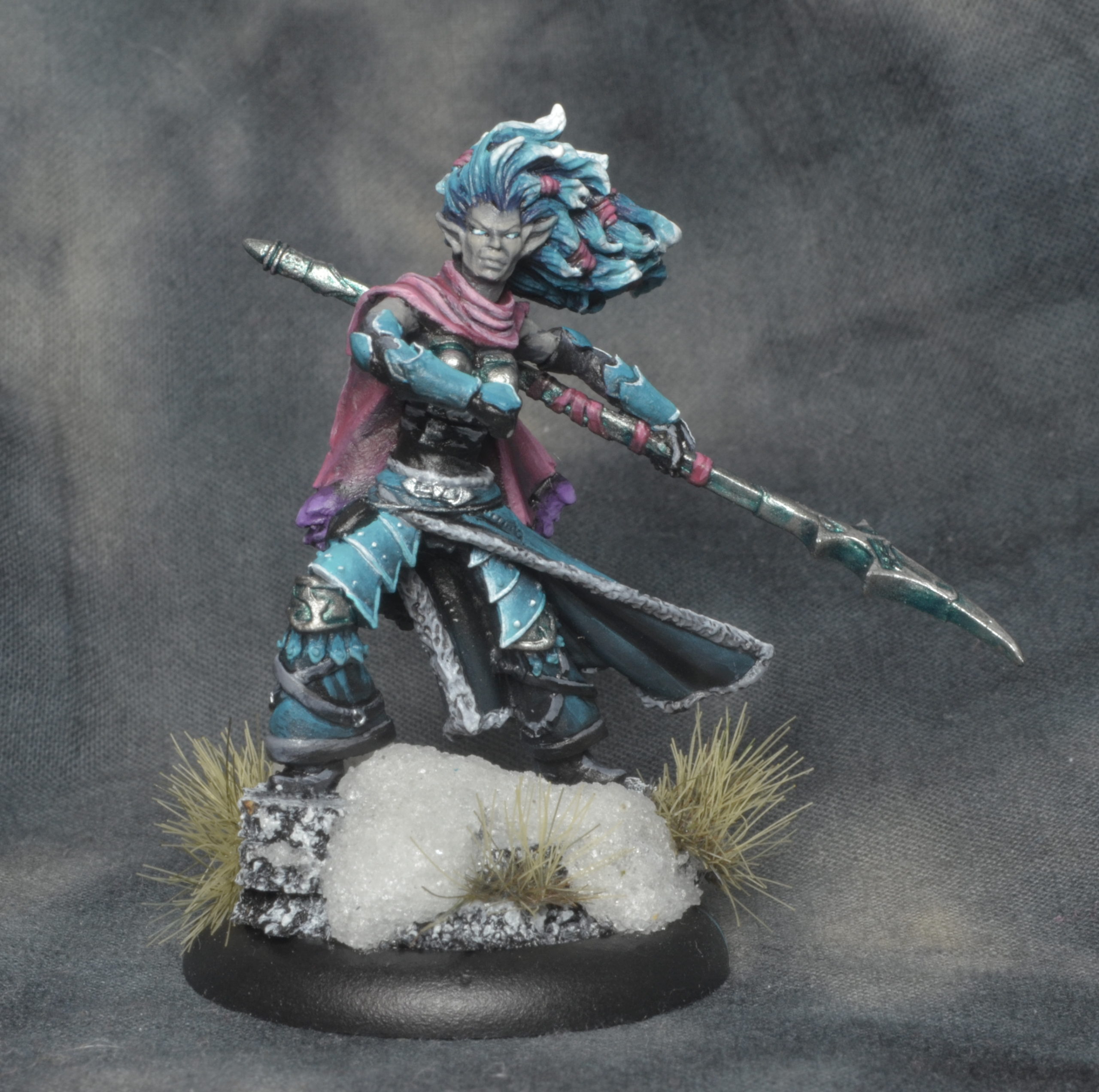 It’s that time of year again!  Around Memorial day for the past two years, my gaming club has put on a fundraising event called Feat of Service.  The purpose is to raise $$ for the Wounded Warrior Project. 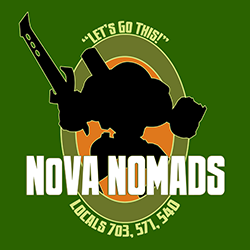 I participated in the Custom Caster event, which is aimed at more casual players (there’s a 50-pt ADR Masters event for the more competitively minded).  The general idea is to create a new, custom Warcaster for your chosen faction and then play several 35-pt games all day trying for achievements much like a book release event.  It’s effectively a mash-up of Who’s the Boss, Spell Draft and Summer Rampage

The process itself is pretty simple.

Ok, so now that you know how the process works, here’s my journey through it.

I started knowing I wanted to play Legion.  I wasn’t sure what chassis (spell-less Warcaster) I wanted to use.  I was considering Deneghra, imagining her feat as a big wave of blight that crippled everything nearby, and I considered a few other models, but ended up with Deneghra1.  So, I take her cards, ditch all the spells, and she now is considered a Legion Warlock, with 7 FURY.

I then drafted up a 25-point list.  Not knowing what spells I would end up with meant it was really beneficial to start with a very balanced core list.  I knew I needed to feed that 7 FURY, so I threw in a Ravagore and Carnivean.  7 FURY is enough to pass around Spiny Growth if I need to, and I just love the Carni’s model.  The Ravagore’s self explanatory.  with Deneghra’s ridiculously high defenses, a Shredder also made sense.  This left me with 7 points, which let me take a full unit of Legionnaires and a Shepherd.  I knew I was likely to add a third heavy, so paying for the FURY support now made sense.

The next step is to draft spells.  I didn’t take super detailed notes on what I had each round, but the six I ended up keeping out of the eight I drafted were:

So, I had some solid “gotcha” zots, a solid (legion-y) battlegroup buff, an army-wide defense buff and a get-out-of-jail-free card.  Pretty awesome.  My warlock’s shaping up to be a huntress, or troubleshooter (in that she tracks down the trouble and shoots it).

I needed to flesh out my list, though, so I took a look at what was painted, and decided that a Seraph and Forsaken would do fine.  I’ve fallen hard for the Seraph.  I don’t think it can kill stuff at all, but damn is Slipstream handy.  It gets 2″ of extra threat on anything in the army – the Carnivean, Ravagore, Denny or Forsaken.  People are pretty used to their threat ranges, and the Seraph lets you catch them when they think they’re safe.

So, that decided, I needed a model.  Legion Warlocks are always female, so I needed legion-y female parts that weren’t from an existing warlock.  I found some solid parts in the Sorceress on Hellion and Beast Mistress.  As soon as I realized I’d need to do a female model I knew I wanted to use Annyssa Ryvaal‘s head.

So, I ordered the parts and got to work.  I decided I wanted to use the Beast Mistress’ legs and the Sorceress’ torso and arms.  Even her weapon was perfect.

I cut the Beast Mistress in half, like a cheap magician at a birthday party. Her torso went into the bitz box, and the rest of her from the waist down remained. 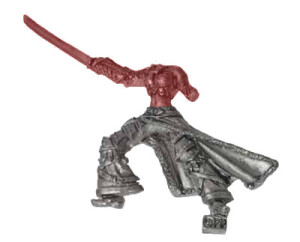 Next, I removed the Sorcerss’ head with clippers and then used some Dremel tools to make a concave surface at her neck, where the scarf/cape is. The sorceress model has some feathers around her neck, but they were almost impossible to keep. I also cut off her legs and then carefully removed her hips. They’re molded into the cape and her torso, so the Jewelry saw earned it’s keep. 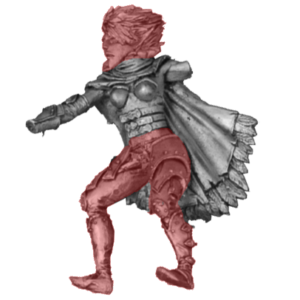 There was a fair bit of grinding involved to get a decent join between the two halves, so it didn’t look like she had a spine in the shape of a Z. But, I think it all turned out well: 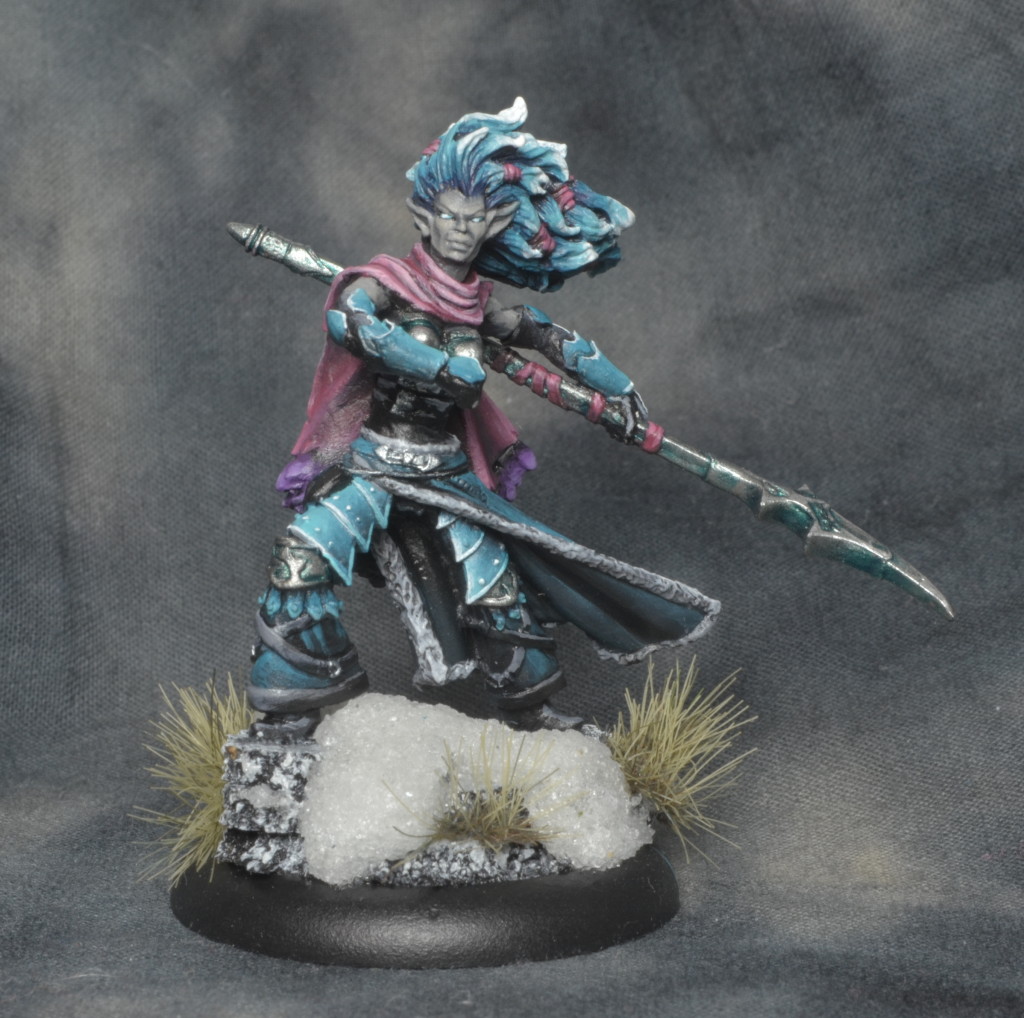 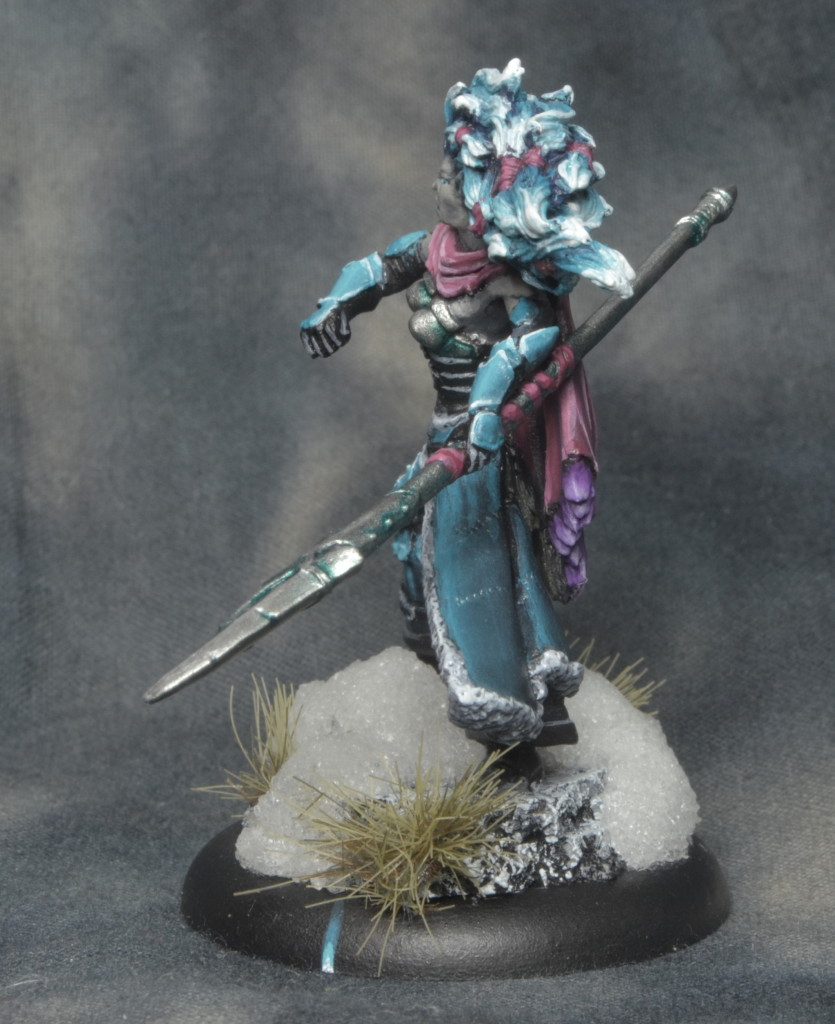 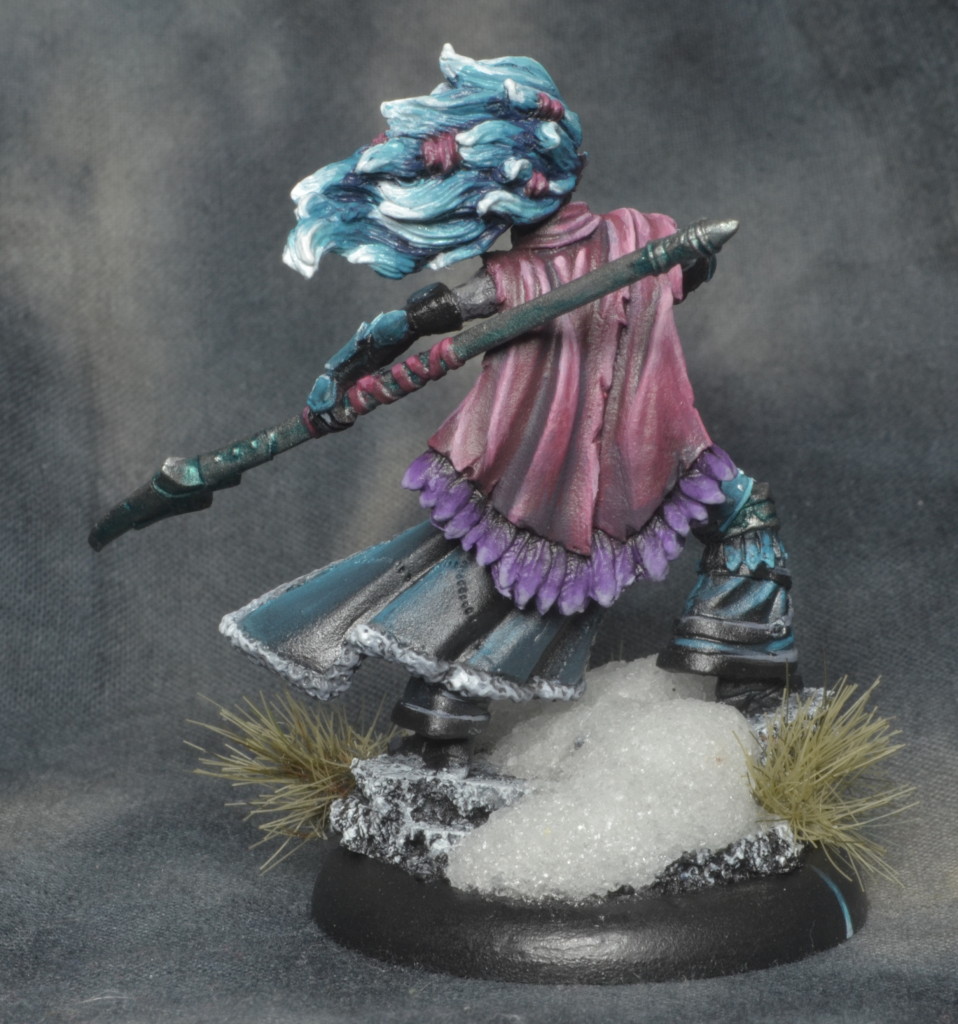 Overall, I’m very pleased. She looks like a model you could buy off the shelf, which is pretty cool.

If you’re anywhere on the eastern seaboard, consider coming to this awesome charity event next year?