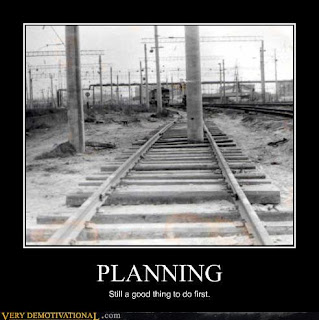 We’re deep into March, and for Blob’s Park in September, I’d like to have a painted 50pt army.  That gives me about 6 months to make it happen.
I’ve learned that for every task, you should have two things: a statement of work (what you need to do) and a deadline (when it needs to be done by).
We have a deadline, so we’re halfway there.
All that’s left is the hard part…
I need lists!  I then need to break the lists into 10pt chunks so I can portion out the painting load.
For starters, I already own the following models:  Morghoul & Xerxis, 2x Savage, Gladiator, Razorworm, min Pain Givers, an Agonizer and Aptimus Marketh.  This gives me a fairly solid 15 pt starting place.
Xerxis +5
– Cyclops Savage 5
– Cyclops Savage 5
– Titan Gladiator 8
Beast Handlers 2
From this list, I’d like to add the brick / denial element and bring the list to 25 pts.
Xerxis +5
– Cyclops Savage 5
– Cyclops Savage 5
– Titan Gladiator 8
Cataphract Cetrati (min) 8
Beast Handlers (min) 2
Orin Midwinter 2
I’m taking Orin over an Agonizer primarily because Xerxis will be upkeeping DW and Fury and likely casting Fury to cycle it, or iGround to mess with enemy charges.  He’ll be burning through fury as-is; no way he’ll be able to fuel an Agonizer.  The Cetrati offer a medium based, multi-wound, Shield Wall unit with which to hide Xerxis until the time is right.
Taking a lesson from Gearjock’s academy, Xerxis is definitely a Super-solo.  I need to remember to use his support abilities to enhance my army first and foremost.  I have to force my enemy to deal with my army, and then bring out the Super-solo when my opponent is out of options and has nothing to stop him.  Thus, the brick / denial are a delivery system, and the beasts are my offense – no heavy can stand up to two Savage missiles in one turn.  At 25 pts, the enemy can only have so many of those…
For the 35 pt level, I can do some of the combined arms I want to do with this force.
Xerxis +5
– Cyclops Savage 5
– Cyclops Savage 5
– Titan Gladiator 8
Cataphract Cetrati (max) 11
Venator Reivers (min) 5
– Unit Attachment 2
Beast Handlers (min) 2
Orin Midwinter 2
I’ve maxed out the Cetrati since they are now screening the Venators as well as Xerxis.  The Venators + UA have a great mini feat of Snipe, which will let me reach my enemy a turn earlier than they would expect range 12 guns to be able to.  With Press Forward and Snipe, those become Range 18, and the unit has CRA to be able to pick out high DEF or high ARM models.

Because I’m an ÜberNerd, I used a flow chart program to map out a deployment (at right).  All the base sizes are correct (relative to each other), and using some maths, I was able to put up Xerxis’ command range (for Martial Discipline) and Orin’s Anti-Cast zone (the bigger circle).  Luckily, Orin’s area is a 12″ circle, and since Xerxis is right next to him, that also roughly emulates Xerxis’ Control Area.
Cetratii in the middle, flanked by Savages.  Venators hide right behind them with Orin in the very center.  Xerxis is right behind Orin flanked by the Venator UA.  The Gladiator and Beast Handlers in the back out of harm’s way until I need them.  Actually, the Gladiator will probably be closer to the middle so it can spam Rush on the Cyclopses when they do their missile thing.
As for 50 pts, I’m not sure where I want to go.  I would benefit from Aptimus Marketh for a third Fury or free Defender’s Ward, however with a brick I wouldn’t have souls to fuel his free upkeeps, so he’s one point more expensive for what essentially is a Skarlock Thrall.  I could use Tyrant Vorkesh to make the Cetratii Immune to Spells, but then I don’t have a good target for Defender’s Ward.  Praetorian Swordsmen become 15/16 with DW, but that’d add another 8-12 small based models to paint (eek!).  Also, I could max the Pain Givers and bring a Bronzeback.
Thus, I have these 50pt lists to ponder:
I’m fairly partial to the Combined Arms list, but that’s because I really want to paint up a Bronzeback and overall the list is simpler.  I think it’s also play faster since there are fewer models on the field.  On the flip side, due to a lower model count, every model lost has a bigger impact on the strength of my force.
Thoughts?