Several of my local players are gearing up for their first tournament, or convention (Templecon!), and in a few cases, both.  As I’ve been talking with them, it seems the list construction article a few weeks ago really helped, but they’ve had some follow-up questions.  Primary among them:  How do I prepare for a tournament?

Play as many games with your tournament lists as you can.  Ask local players to bring specific lists you want to try your lists against (magic heavy, infantry heavy, heavy armor, shooty, melee, Hordes vs Warmachine, etc).

Play under the time limit you’ll be playing under during the tournament.  Two of my locals started all of two months ago, and they’re headed to Templecon for a tournament.  Right now, it takes all evening for one 35pt game.  You need to know your army left and right, up and down so you can do your activations as fast as possible.  At 35 pts, you have 7 minutes a turn, or if you get Chess Clocks, you have 38 minutes for your half of the game.

Practice your deployment, and your first turn.  Know how you’ll deploy, and know your first turn’s order of activations.  If you need to, take your time and plan it out – writing your steps down.  Then, use the cheat sheet to do it a few more times.  See if you can do it without the instructions.  Take them anyway, and have them on hand if you need to.

Do the same with your feat turn if it’s something intricate like Hexeris, Amon or Rhyas with Swordsmen with UA.

If you read the List Building article, hopefully your two lists are tailored to approach opposite types of armies (or perhaps one is anti-Warmachine, and the other anti-Hordes).  You’ll want to know what sort of things will decide which list to put on the table.  Remember, all you get to decide which of your lists you will bring is a quick look at your opponent’s two lists.

If you play lots of games with your armies, you’ll have a good general knowledge of other faction’s models and abilities.  Always remember that you can ask for one of your opponent’s cards at any time.  Take your time before the round starts to read their cards, and look at the models on the table that the card goes with.  Try to remember one or two key things about the unit so you can make decisions quicker:  “High Def, low armor – apply AOEs”; “Slow, High Armor so ignore and outmaneuver”; “Stealth, so run to tie up in melee”, etc.

At large tournaments and conventions, there are a few things you might not think twice about, but are considered bad form or even cheating. 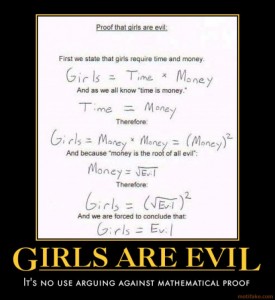 Don’t, under any circumstance, bend your tape measure.  Here’s why.  It’s entirely possible to accidently give yourself several inches of movement.  Always measure and move in straight lines.  It’s how the rules are written.

If you have to ask for a Judge, be sure to stop the clock if there is one.  Also, don’t leave the table.  Raise your hand, find the judge, and try to get their attention (unless they’re in the middle of helping another table). 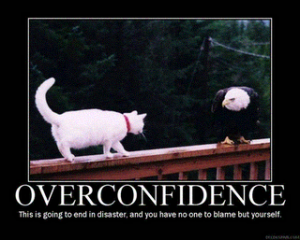 Always shake hands before the game, and wish your opponent luck.

At the end, shake their hand and congratulate them on a battle well fought, win or lose.

Always answer questions as quickly, precisely, and truthfully as possible.  Pause the clock (or flip it to your side of the clock) if you don’t have the answer on hand, and need to look it up.

Live by Wil Wheaton’s motto:  Don’t be a dick.

Before the game starts, run over all the terrain on the board and agree beforehand what it all is (forest, obstructions, water, linear obstacles, etc), and what it gives (cover, concealment, etc). Make sure that the Trophy Specialists you hired have indeed supplied you with the proper amounts for the winners.

Bring a tray for transporting models.  I use an old cookie sheet, but there are some nice ones out and about.  Packing and unpacking your entire army each game is too time consuming.

I like to roll the column when I roll damage on a warnourn.  I usually use an off-color die, or a die with numerals rather than pips (dots).  If you do this, let your opponent know, so they don’t think you’re rolling an extra die for no reason.

That’s all I have for you right now.