I certainly don’t claim to be a tactical genius, but I usually make my opponents at least work for their win.  The more I’m playing games, the more I’m reading about what makes a good list and what elements you need to be sure to include.

I’m not talking about auto-includes, I’m talking about making sure your army is well rounded enough to handle most of the stuff you could see across the board while remaining synergistic and goal oriented.  Of course, now that I have an Android phone (thanks Mom & Dad!) and access to iBodger, I’ve started taking a tougher and more thorough look at what lists I can field.

Every model in your army should have a clear purpose.  Whether it’s infantry clearing, handling hardened targets, harassing flanks or supporting another model, you the player should have in your head a very clear role for each model in your list.  Otherwise, what is it doing on the table?  Sure, all the models look pretty, but when you’re playing to win, you want to be sure everything on your side is helping you do that.

Don’t use lists you find online.  When you try to play an army someone else has put together, you’re doing double the work, and often get bad results.  You won’t know precisely why they chose each model in their list – what each model’s purpose was.  You need to determine that.

I’m not saying don’t every try a ‘net list, but take them all with a grain of salt.  Learn why they chose a particular model or unit, and try out that unit in a similar role.  Take the list’s ideas and implement them in your own way.

Whenever I’m thinking up a list, there are several questions floating around getting caught in the cobwebs of my head.  Before I’m satisfied with a list all of them need to have answers.  They don’t have to be good answers, but so long as they’ve all been addressed, I’m OK going into battle commanding the force. 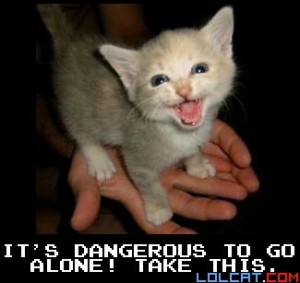 Sometimes, the faction itself offers many solutions to these questions.  Legion, for instance, has Eyeless Sight, which handles Stealth, and most Legion beasts have Pathfinder or flight and thus ignore terrain.  Other times, one question is huge while another nearly drops off the radar.  An example of this is when I’m pondering Khador – they’re slow so Rough Terrain is a huge problem.  However, their warjacks all hit so hard, that I really don’t tend to care about enemy armor.

Every faction has access to something that answers those questions.  Not all of those answers reside on a model’s card.  Going back to Khador, often my answer to rough terrain is deployment.  I’ll try to opt to go second, and I’ll deploy such that I don’t have to maneuver much to hit the enemy lines.  Another example might be how my Butcher1 T4 force handles Stealth.  (LOL)  Since it has next to no ranged weapons, but is incredibly fast, I simply don’t let Stealth affect the game much.

Even if your answer is “I can’t do anything about X.”, then at least you go into the battle knowing.  If you can’t handle Stealth, you can maybe position your models so the Stealth models spend most of the game trying to get into combat.  Or, if you can’t handle rough terrain, perhaps you turtle up and make the enemy come to you.

Having a counter to tough models is one thing, but you can’t be all defense.  You have to think offensively also.  The models you take with you to a battle have to act together and become that clichéd “whole greater than the sum of the parts”.  This is where support models come into play.  Beast Handlers, Whelps, a Choir or Vassal, they don’t do much of anything to help you answer the questions above, but they sure make your opponent have to answer them.

Sometimes, a good offense is a perfectly valid answer to those defensive questions.  Take a Morghoul1 army for example.  By turn 3, you should have applied a Titan liberally to the enemy caster’s face.  If you’re so fast, or so brutal that you can keep the enemy on their heels and off balance, then their strengths won’t have time to find your weaknesses.

I’m going to go over a Legion list I’m eager to try out, and I’ll check how it does against what I’ve talked about so far.  Here’s the list:

High Armor?  The Carnivean hits like a freight train, and the Ravagore has enough oomph to finish off anything the Carnivean has trouble with.  So long as I deploy them far enough apart and staggered (front to back), they should be free to help eachother as needed.  Also, the Strider’s can CRA for one massive shot, or single shot and whittle down something with 1-2 damage per shot.

Stealth?  Uh, it’s Legion.  The few models that don’t have Eyeless Sight are pretty fast, and have either Light Cav, or Reform, so I can close to shoot, then back out.

Tough? This one’s a problem.  I don’t have a bunch of models on the table, so I don’t have quantity of shots in my favor.  Tough will put a damper on my killyness, so I’ll have to focus fire on a part of the army, wipe it out and then pick the next part.  Or, go for the ‘caster kill early and keep the opponent on the defensive.  Something to look out for.

Incorporeal? Lylyth’s bow is magical, that’s about it.  I could run a heavy or shredder nearby, shoot it with Lylyth, and then Eruption of Spines into the enemy model.  At 50 pts, I really want to add Hex Hunters + Bayal, so they would be a great counter for Incorp with their magical weapons and Hex Bolts.  At 35pts though, another weakness to work around.

Difficult Terrain? Again, being Legion helps here, since most models have Pathfinder.  Even the Shredders get it when they go Rabid.  Terrain will really help me with this army, it’s definitely an asset.

‘Jackwall? The Carnivean and Ravagore both have two open fists, they’re perfect for 2-handed throwing ‘jacks or beasts into the opposing warcaster who will be knocked down, about to eat Lylyth and Striders to the face.

Synergy? IMO, Lylyth is a support caster.  She helps her army do the work.  The two shredders can easily tear apart a lightly armored or parasited target, and the Carnivean’s spray and Ravagore’s AOE love a parasited unit.  The Striders can control an entire flank on their own – most people are scared of them because they have CRA, Stealth and Reform, so they hit hard and are hard to catch.  The die to AOEs though.  Anyssa is perfect for the opposite flank, harassing or picking off solos.  If she’s lucky enough to get into the enemy’s backfield, she can easily pick off support models or even a caster if possible.  With poison on her bow, she’s perfect for picking of anything that’s alive.  The Shepherd helps me run the beasts hot, and mitigates Lylyth’s small 10″ Control Area.

So how did the list fare through the theorymachine?  Decently well.  It’ll have a rough time against Trolls or other Tough armies, and it’ll suffer when going against large swathes of Incorporeal models, but otherwise it’s fairly solid.  If this were one of my two lists in a tournament, I’d probably tailor my second one to handle tough and incorporeal, so when going against Cryx or Trolls, I’d be able to negate their unique abilities.

What list are you looking to try out soon?