Nothing too exciting really, I got the second unit of Swordsmen done.  These guys were done before Templecon, but I was holding off for a Clash of teh Titans wrap-up post before revealing them.

Since I have no idea when that will be, I’ll just go ahead and post this here.

I gave these guys yellow/orange arc markings to separate them from the other unit.  Otherwise, they’re identical.  I added the same colored arc markings to Hexeris, the Razorwurm, and the Swordsmen UA. 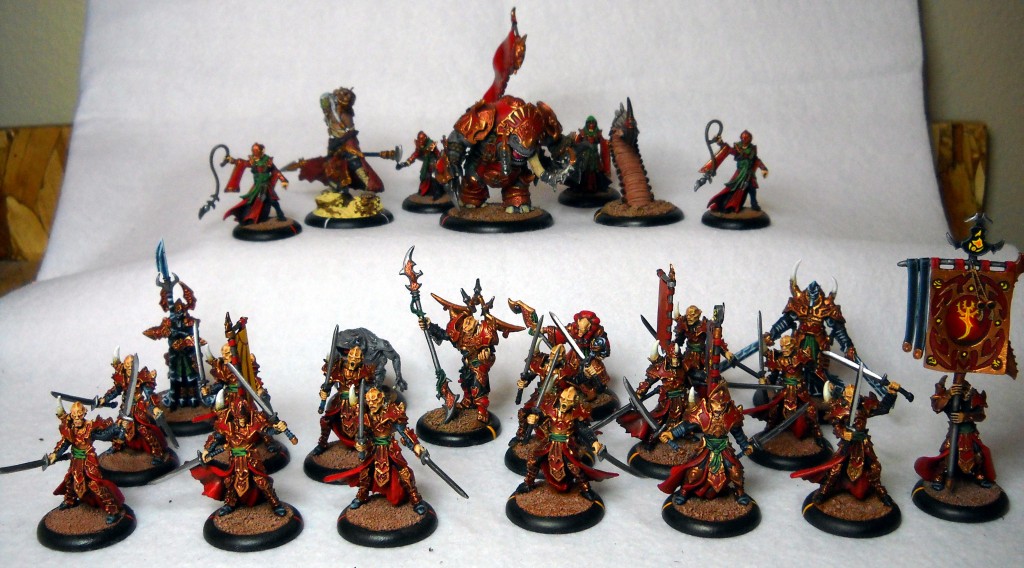 That’s it for now.  I’m still writing my Templecon wrap-up, so I’ll post that up this weekend, along with a Battle Report from the War-Torn Alliances League!