Here’s a photodump of stuff from the First Annual Feat of Service, hosted by the Nova Nomads. 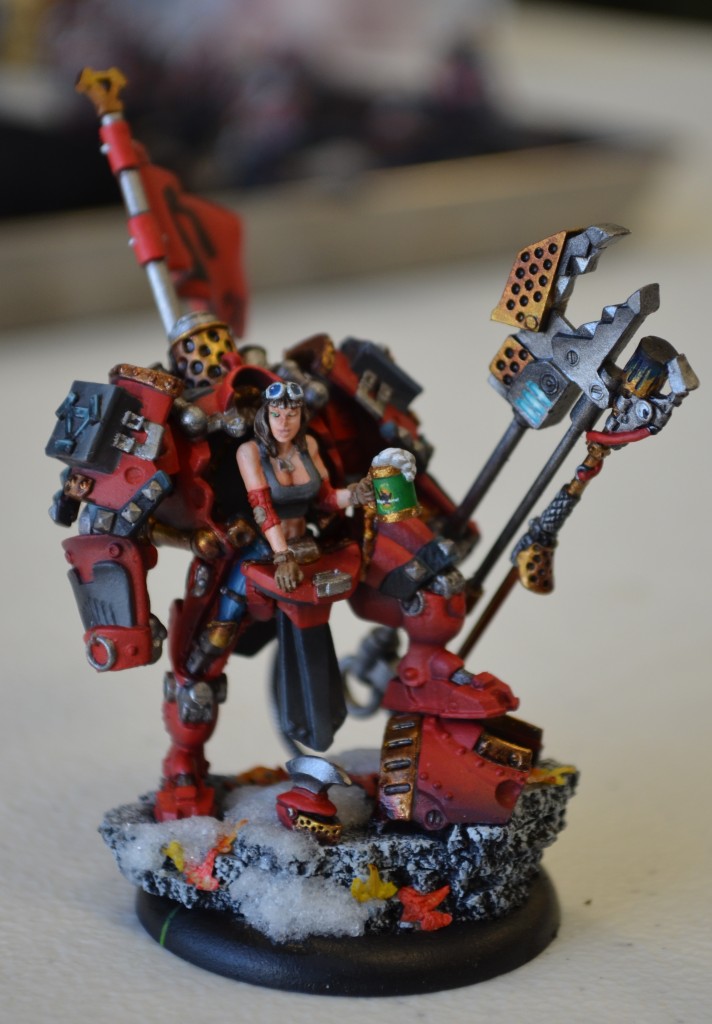 Bold strategies on the battlefield, a humble work ethic in the workshop and a shared love of good ale has earned Katya the respect and undying loyalty of the soldiers under her command.

Katya grew up and an orphan on Elsinburg’s streets. Her fate changed when she was selected to be a blacksmith’s apprentice when the man she would eventually marry fixed the stove in the orphanage she stayed at. Her affinity for metalworking and mechanikal design led to her apprenticeship being years shorter than any the Khadoran Mechanikal Assembly had heard of. She aced the Assembly’s entrance exam at the age of 15, and still holds the record for the youngest person to pass.

Her path through the courses at the Mechnaiks Assembly left an exhaustive trail of broken records. Ending with her graduating a year earlier than the rest of her class. During her time there, Katya’s ability to control and commune with warjacks surfaced, and soon it became clear to the instructors that she had warcaster potential.

Katya charged head first into her Warcaster training, spending most of her time among the soldiers of the Unbreakable 11th, stationed at Ravensgard on the Khador-Cygnar border. There, she practiced commanding warjacks in border skirmishes during the day, and spent her nights in the Supply Depot, repairing destroyed Warjacks, Man-O-War armor and anything else she could get her hands on. In exchange for her extraordinary repair services, Katya made an arrangement with the Supply Officers of the 111th that kept her detachment well stocked on beer and ammunition.

Katya is often seen leading a pack of warjacks from the front line, protecting and guiding her forces. Her custom suit of Man-O-War armor sacrifices speed in favor of armor and strength. It is equipped with a massive Mechano-Wrench that doubles as a weapon, and Welding Torch that can be quickly configured to act as a flamethrower. Katya’s arcane gifts and extensive intellect help her use these tools to orchestrate complex battlefield repairs on destroyed and damaged warjacks, effectively resurrecting the war machines. Katya, kommanding her troops in battle. 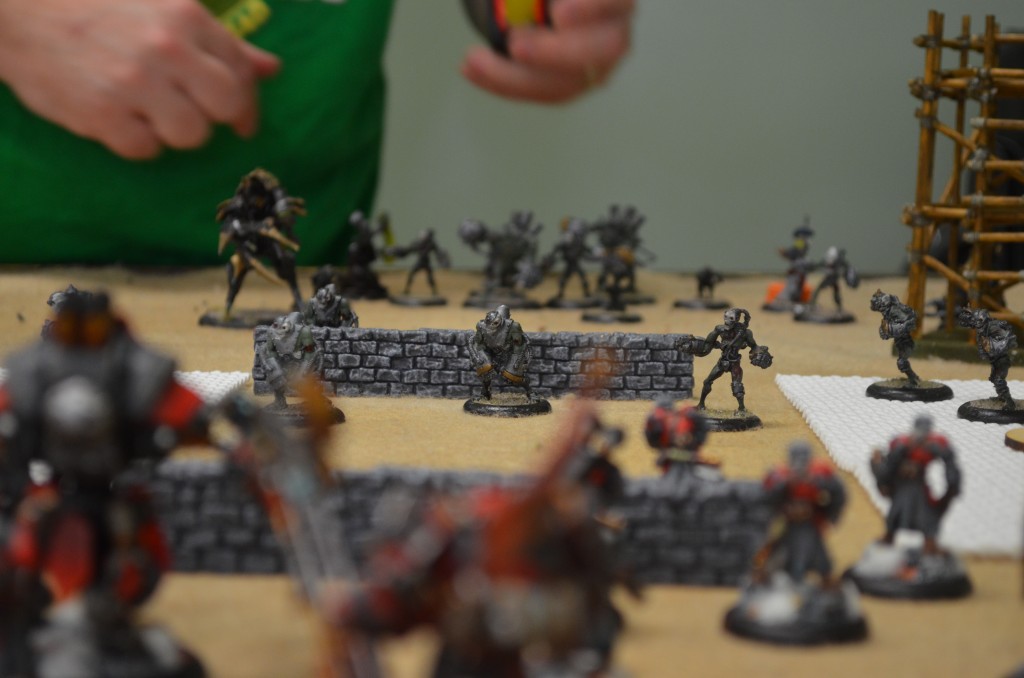 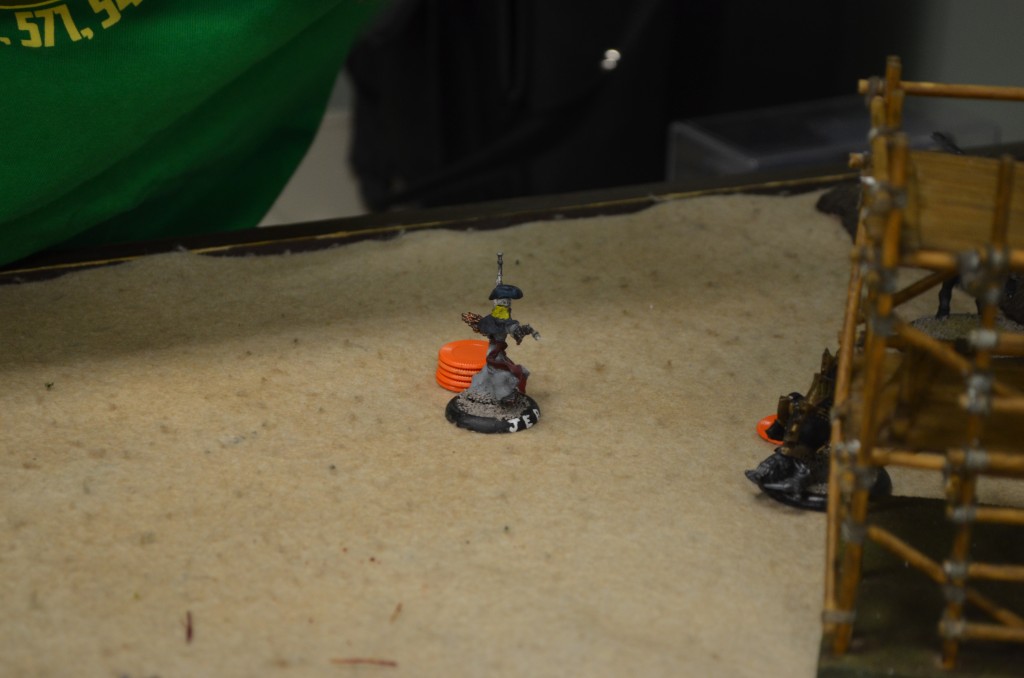 Jebediah Holt, Cryxian Warcaster.  Mark’s warcaster had a fantastic background, being the father to Ayianna’s buddy we all know and love, he was the first true Gun Mage.  He died protecting his family, sending Ayianna off to help his wife and newborn son… Another battlefield shot of Katya. 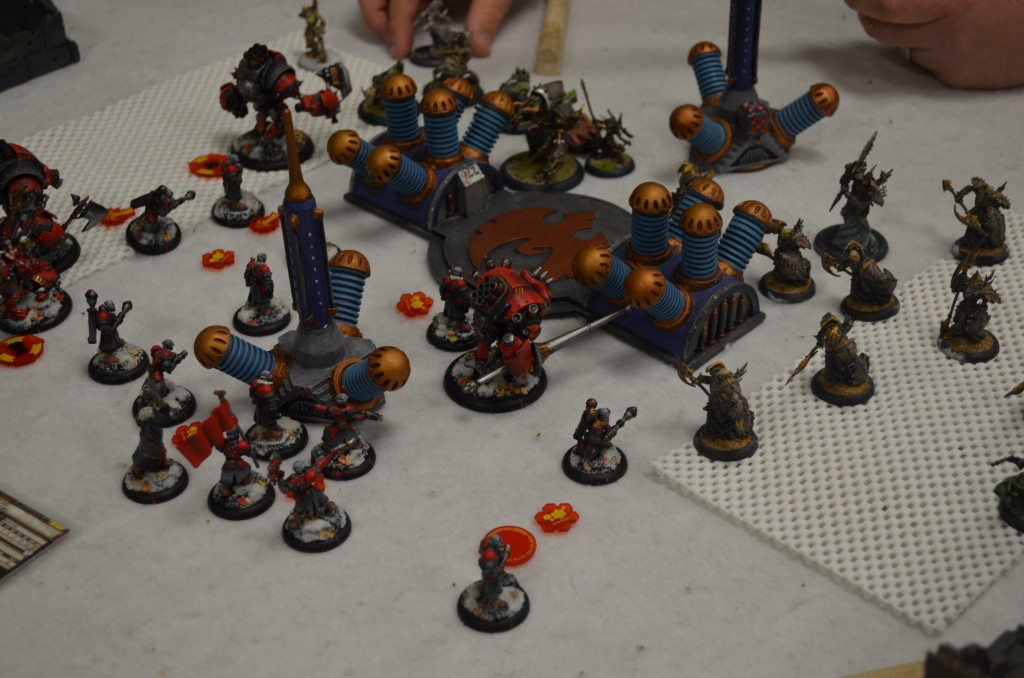 Fighting Cryx over some Cygnaran technology. 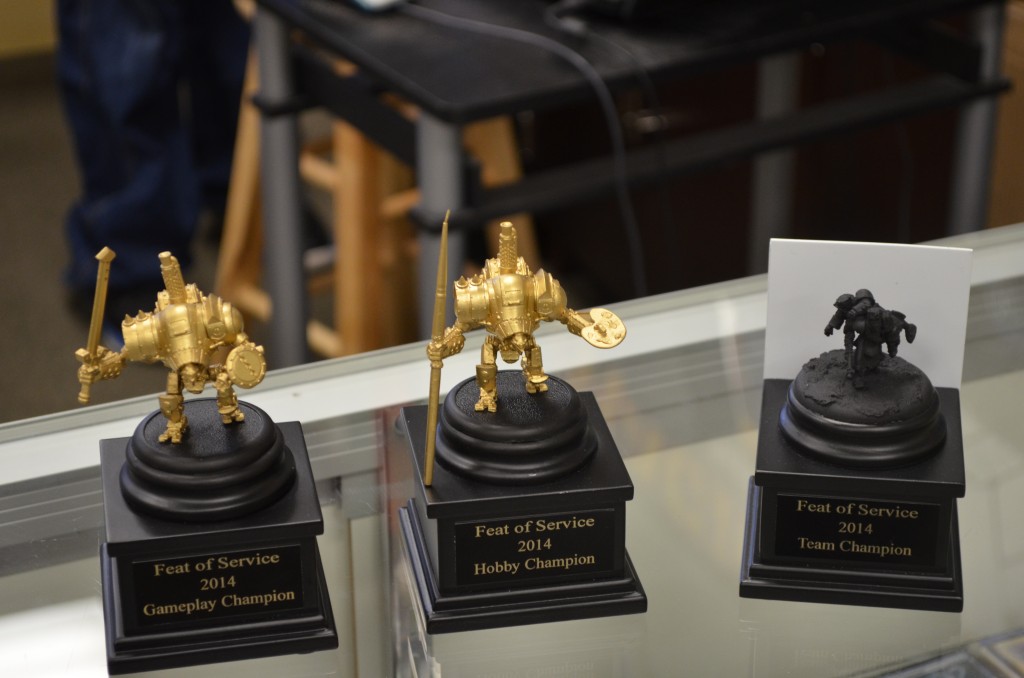 The trophies – Nomad warjacks because we’re the Nova Nomads.  The all black one is a depiction of the WWP logo using a pair of Winterguardsmen – one carrying the other in a buddy carry. 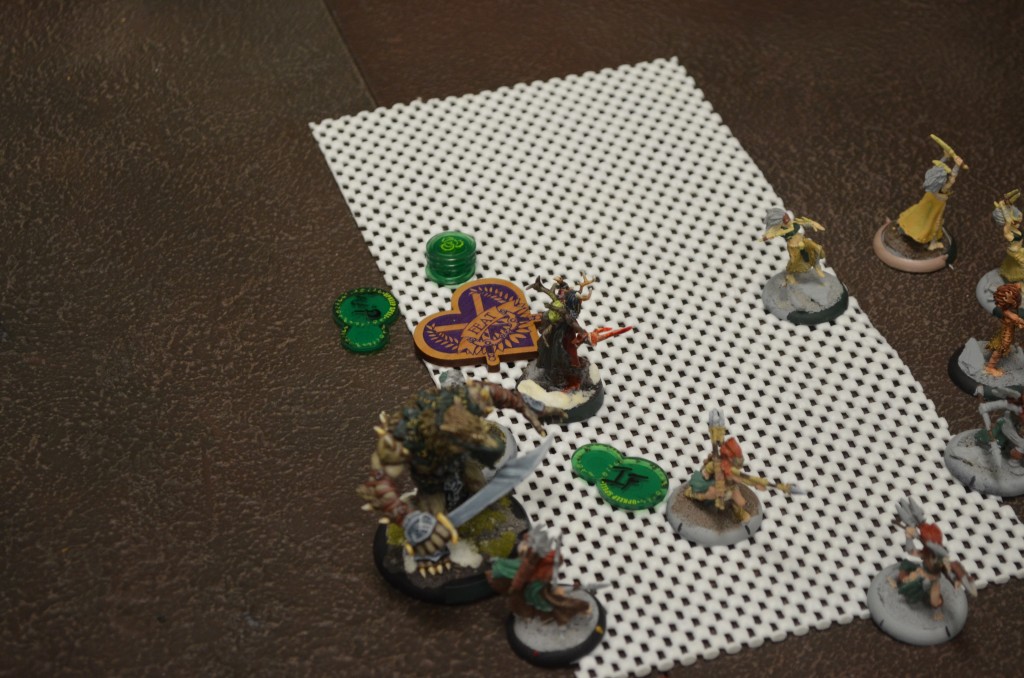 One of our fancy Feat tokens in use, thanks to the folks over at Muse on Minis.  The warcaster there is a the Skarre1 chassis in Circle Orboros. 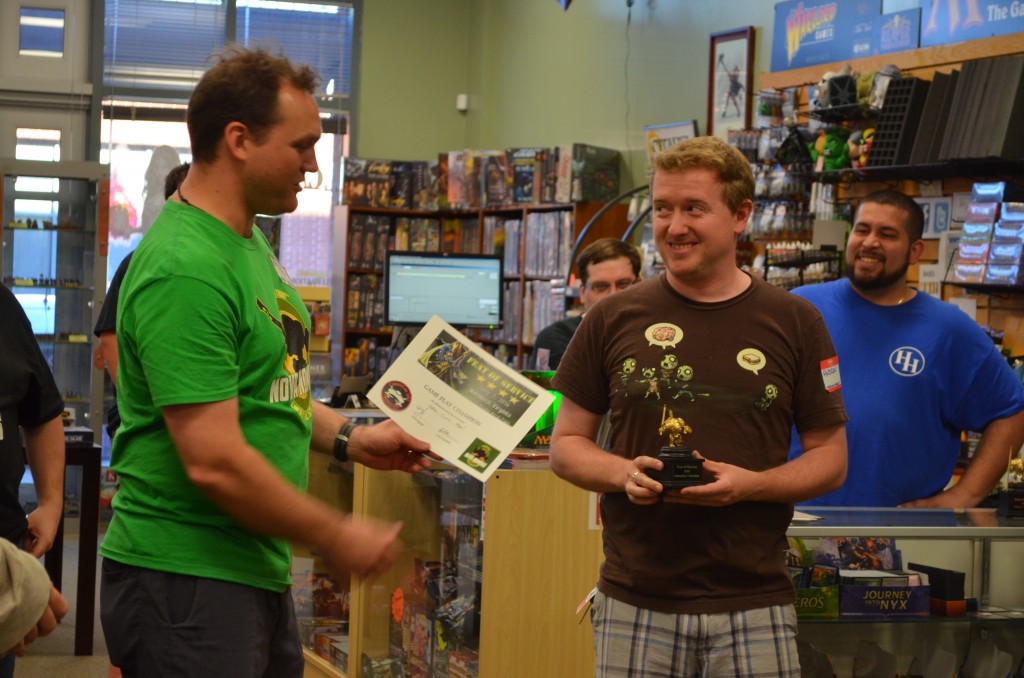 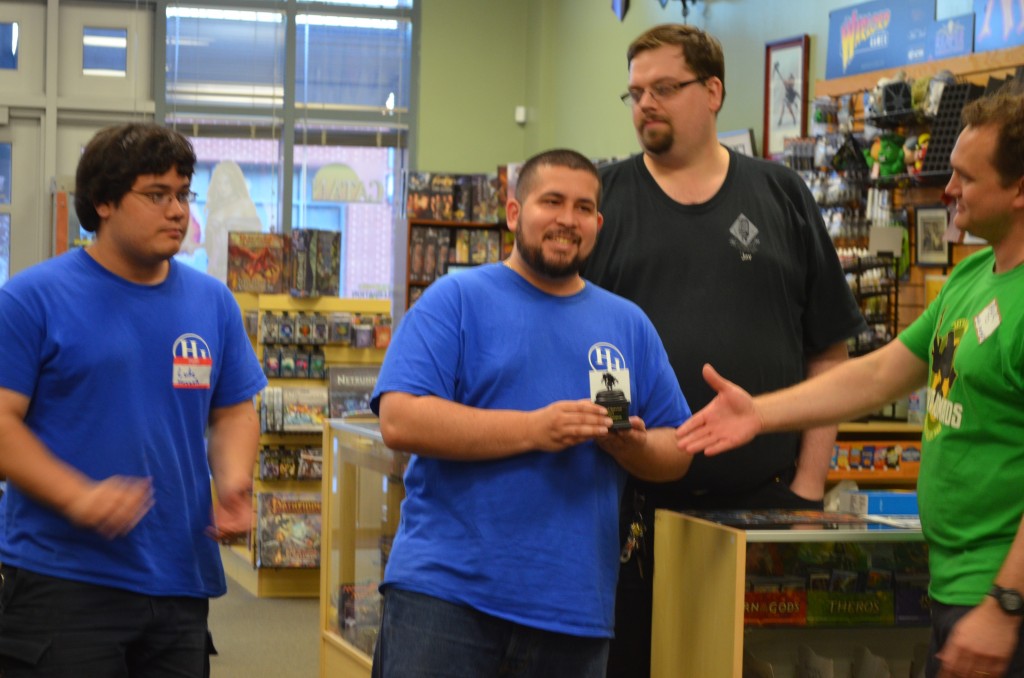 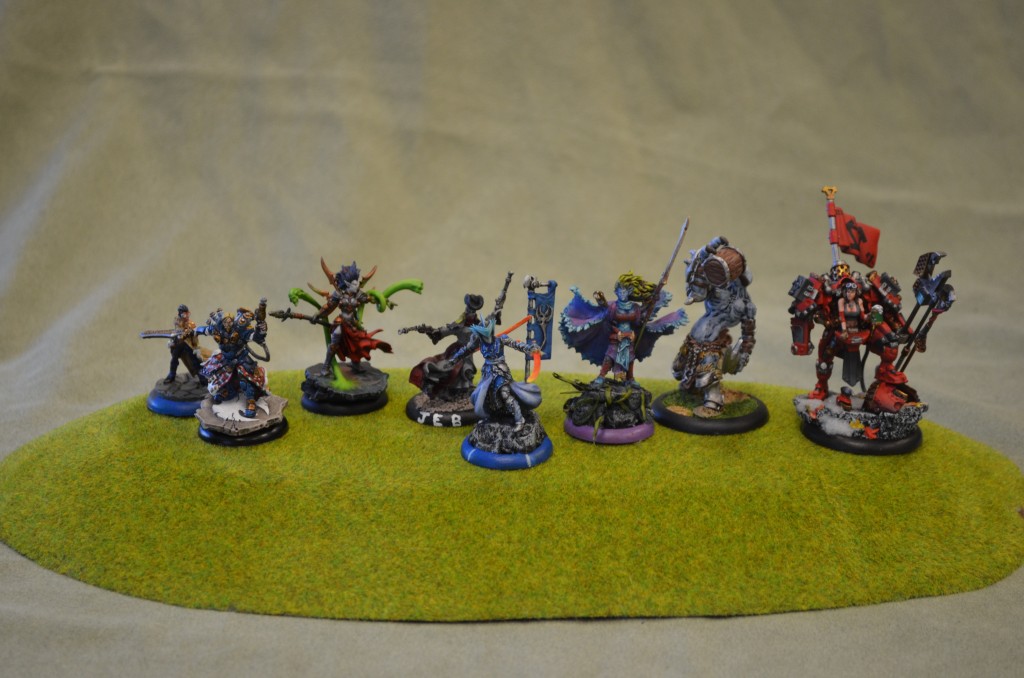 A group shot of the Modded and Painted Warcasters. 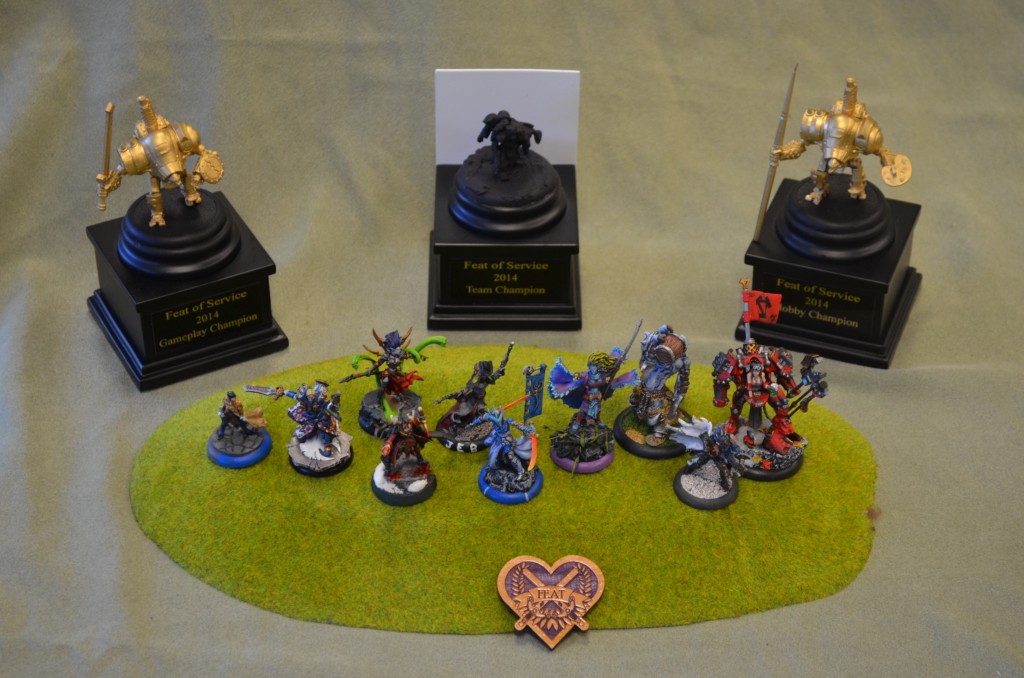 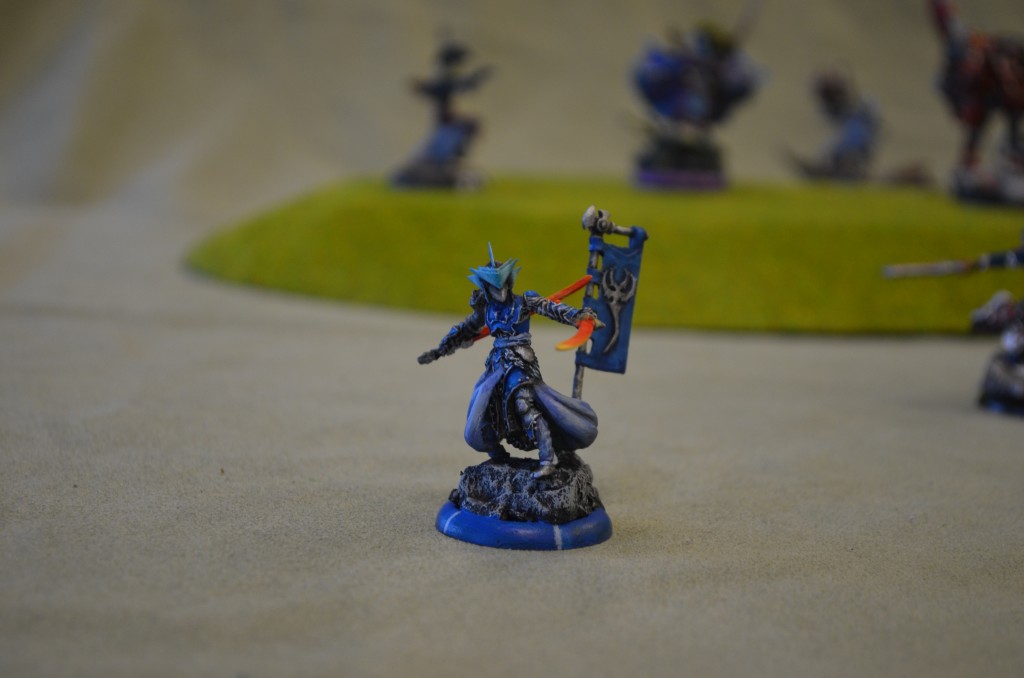 Finally, here’s Hugh’s winning model:  Xasanoo, Herald of Skorne.  He leads the vanguard of the Skorne army, and where he goes, pain is sure to follow.  He wields two blades, one thirsting for his blood, the other hungry for the blood of others  (Skarre 1). 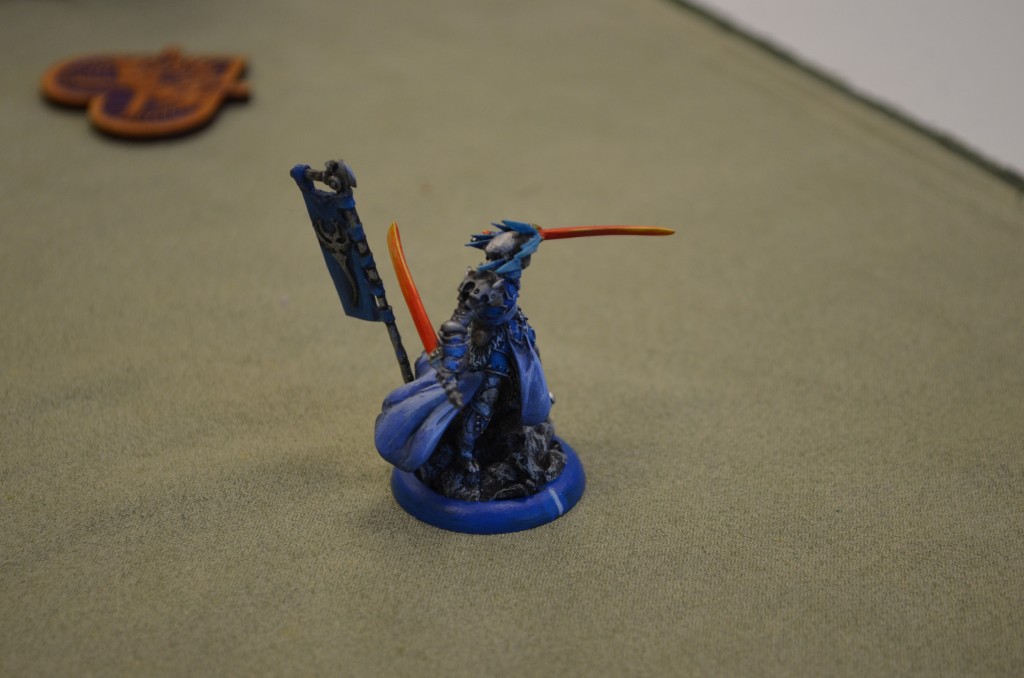