I’ve been fairly consumed with Overwatch since it’s release several weeks ago, but I had a goal to get two New Edition Battlegroups painted for demos by the end of July, so I’m happy to say that I bucked down and made it happen.

First up, is the Khadoran contingent, led by Lord Kozlov. The Juggernaut is the one that I painted long ago for the Khador army I took to Templecon in 2014. Kozlov and the Decimator were cleaned up and assembled, and about 8 hours of work later, the small battlegroup is ready to dominate the battlefield! 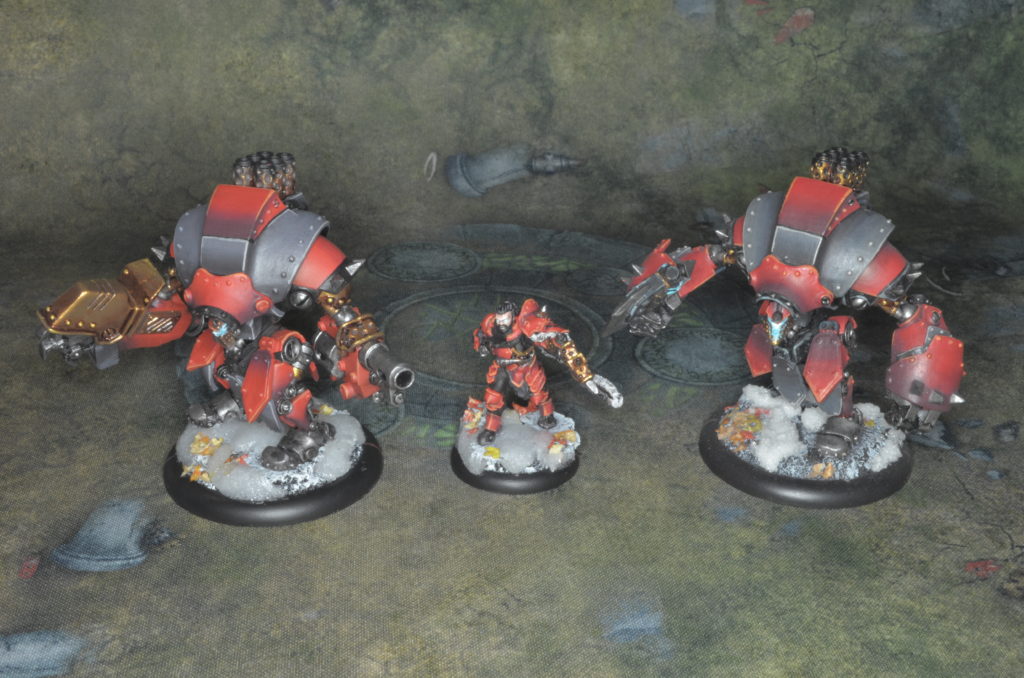 Khador was the obvious choice for one of the New Edition battlegroup purchases, as was Legion. However, when demoing the game, it’s often best to stick to one system or the other, since it’s simpler and less confusing. It’s also generally considered easier to learn Warmachine since it’s effectively a “mana” mechanic that most video games or other magic systems use. So, Warmachine was the system to build two Battlegroups for, and that meant picking a second faction to paint up. I made the decision based on which battlegroup boxes were available after pre-orders when our launch kit arrived. Cryx and Protectorate both had boxes left on the shelf, and I love the idea of a Bane Witch, so I decided on Cryx.

Again, I re-used some of the models I’d already painted a even longer ago, and only really needed to paint up Agathia and the Reaper.

You may notice that the shading on the two ‘jacks are different. The Juggernaut’s more stylistic, and the Decimator’s more realistic. I’m not sure which I like more, but exploring that difference was a side goal of painting up the Decimator. Which do you like better?

I had some trouble with the mold lines on Agathia’s ghostly skirt, but the Reaper was a charm, and went together just fine. I had a blast painting the Cryx models, since P3’s green paints are so easy to 2-brush blend. The Cryx models also use lots of colors I don’t get to paint on my Khador or Legion, so it was really refreshing. 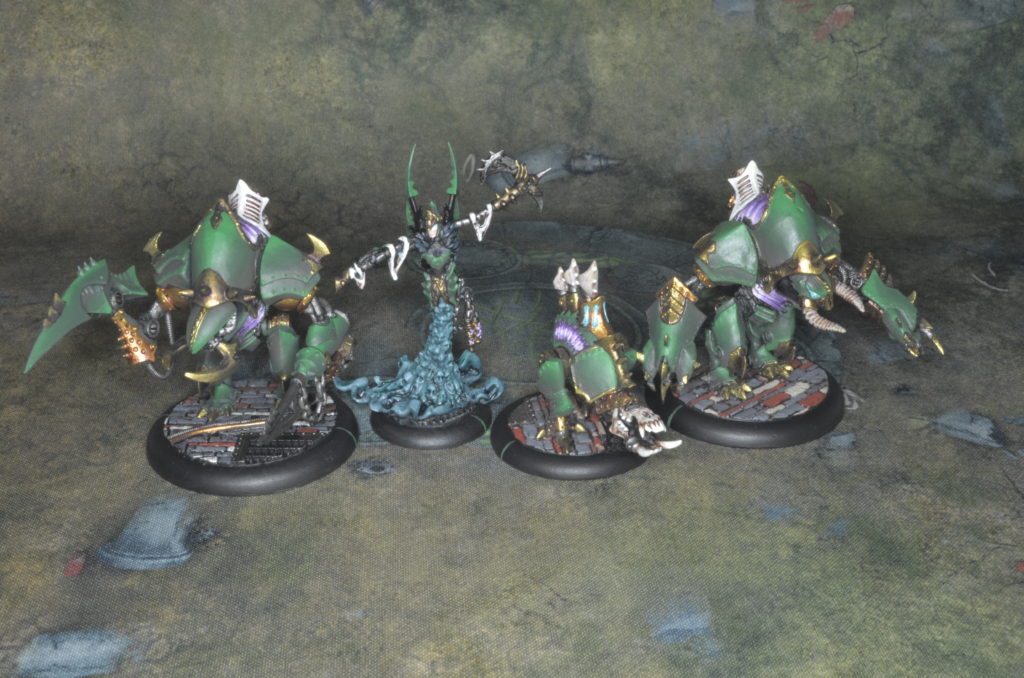 So, there we go! Some proof that I’m not only still alive, but that I also still have the capacity to paint.

In other news, I have a commission in need of a quick turn around, and I have a competition mini (or two) that I’m working on for Nova Open in about a month. I’m taking 6 (8?) painting classes at the Open as well, which should hopefully level up my game.

So… stay tuned for more to come.

Why Overwatch is so amazing