Not much progress has been made since last week. Holidays, family in town, that sort of thing.

I’ve been able to get small bits done here and there, but I’m still firmly in the “block out colors” stage, where I’m not even thinking about highlights or shades.

I just love the lesser warbeasts. They’re so adorable! In a gnaw off your foot sort of way.

I started by carefully painting the “fingers” between the webbing on the wings. This is just a coat of P3 Greycoat Grey. 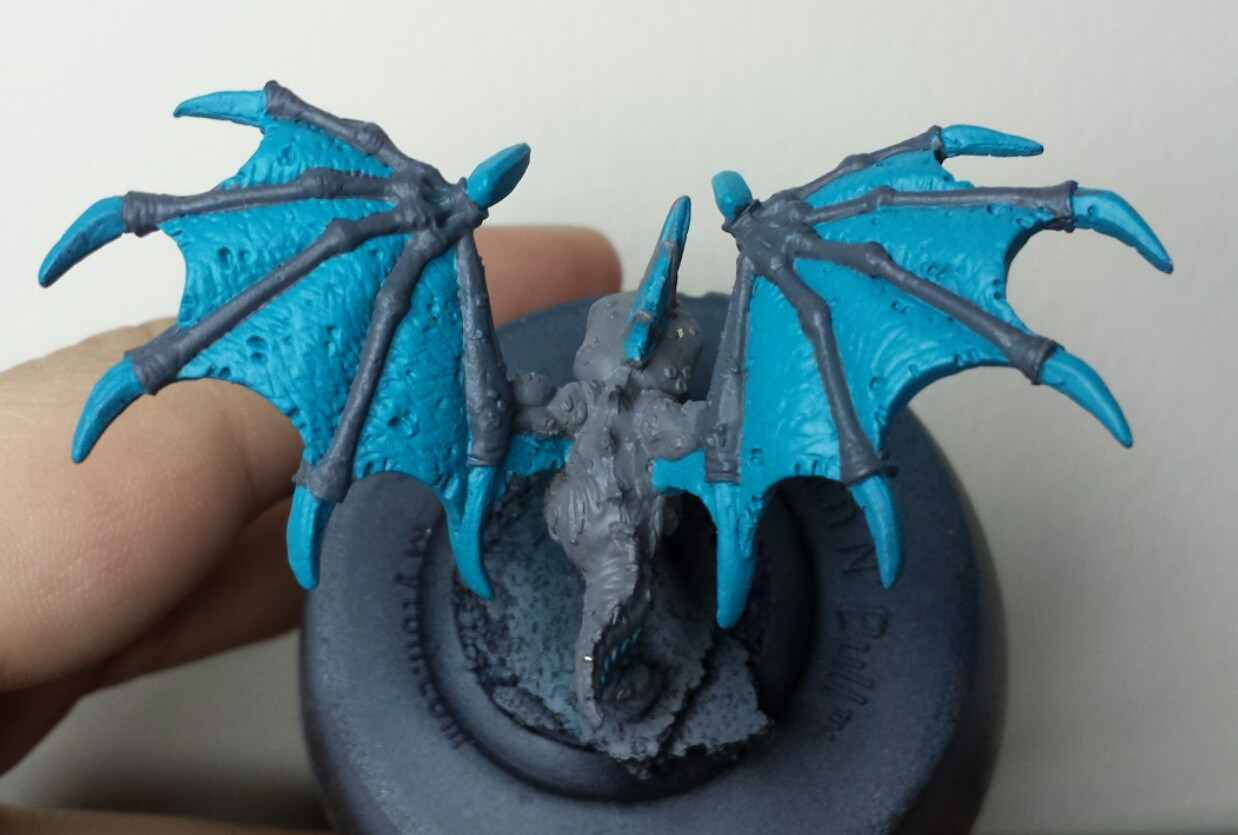 I also painted the webbing between the spikes on his head with P3 Meredius Blue. Gotta keep the theme of aqua webbing. I will paint all the armor nibs and plates, but after I paint up the flesh. So far, I like the balance between the grey and the Aqua. It gives a cold feel, which will be somewhat mitigated by using flesh tones to highlight the grey. 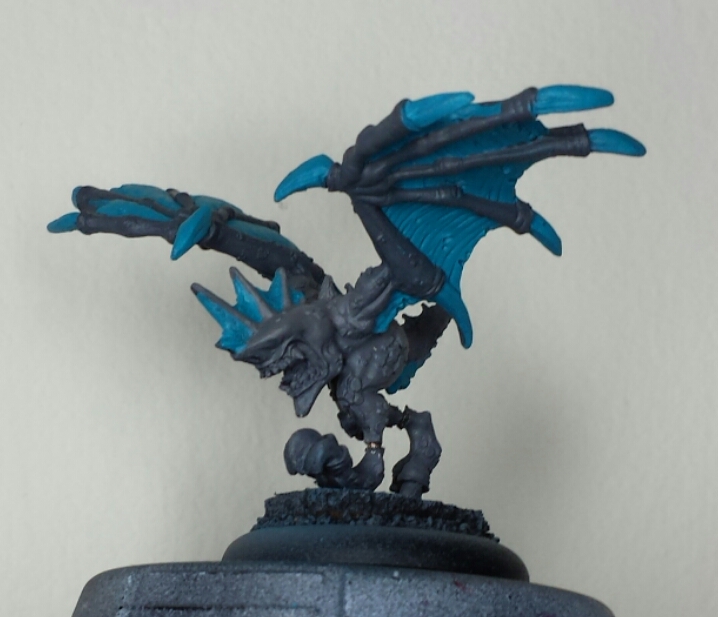 You can see in that side picture that the ankles have been broken and re-pinned. I didn’t do a great job getting them aligned. I’m not terribly worried, though. This guy’s mostly here to be a test scheme piece, and I have three more. If I need a Harrier in a Hardcore army (that I’m shooting for Master Craftsman with) it won’t be this model.

I really wanted to get some metal on this guy. A coat of P3 Pig Iron works for that. This dark metal emulates the grey on the rest of the models, so I’m not worried about the Legionnaires fitting in. I also had a chance to take a better look at their armor, and it looks like their hands are covered in the same style of armor ad their thighs, so I painted those aqua too, which hslps bring some of the color to the top of the model. 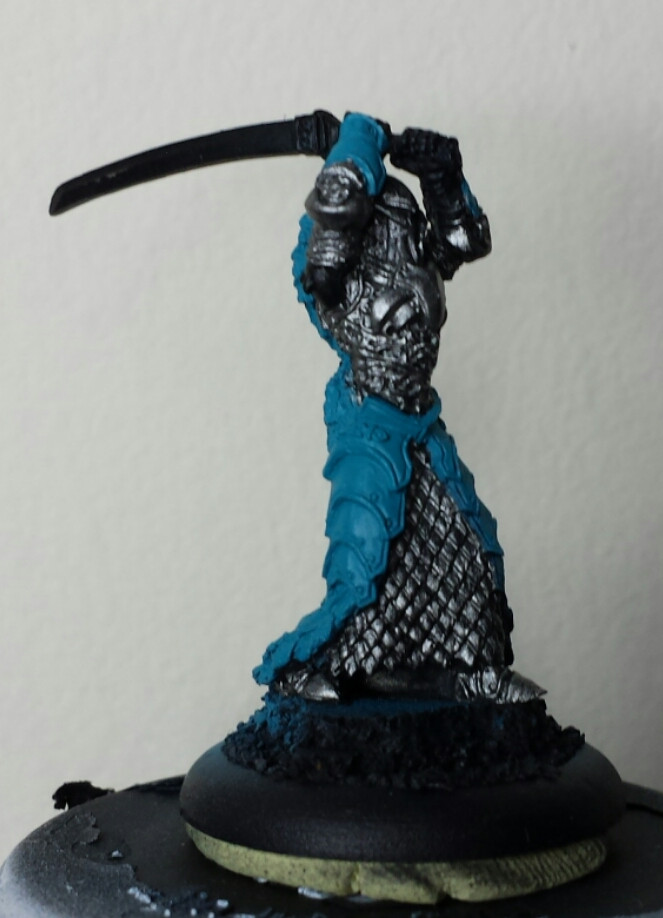 I debated on having the chest armor aqua, but she really needs some on the front of here, and that’s the most logical place… 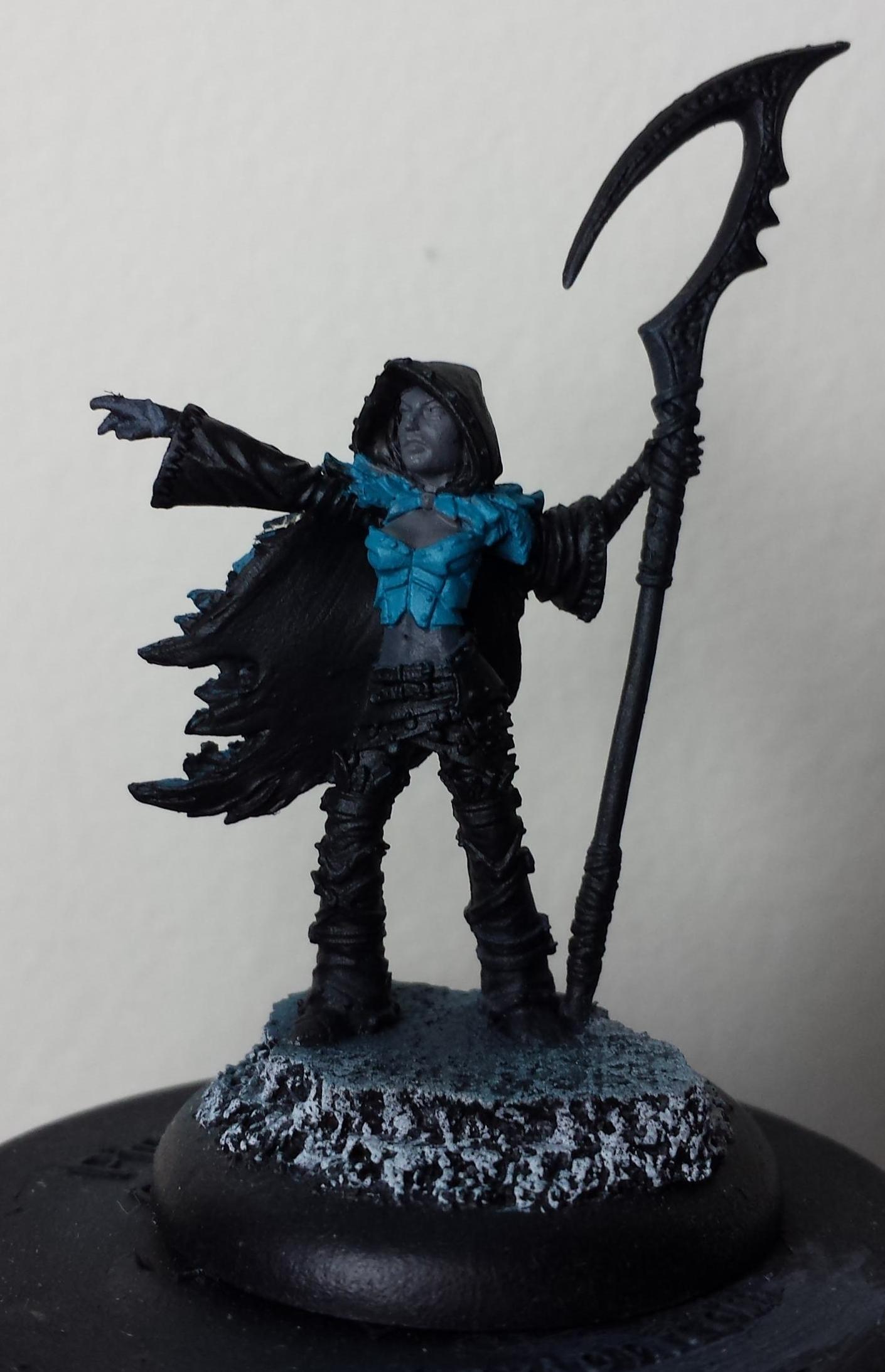 …since there’s already so much on the back. I painted the armor plates on his arms Aqua, to help get an idea of what that’ll look like. I also found that he looks a lot more animated with one claw up in the air. 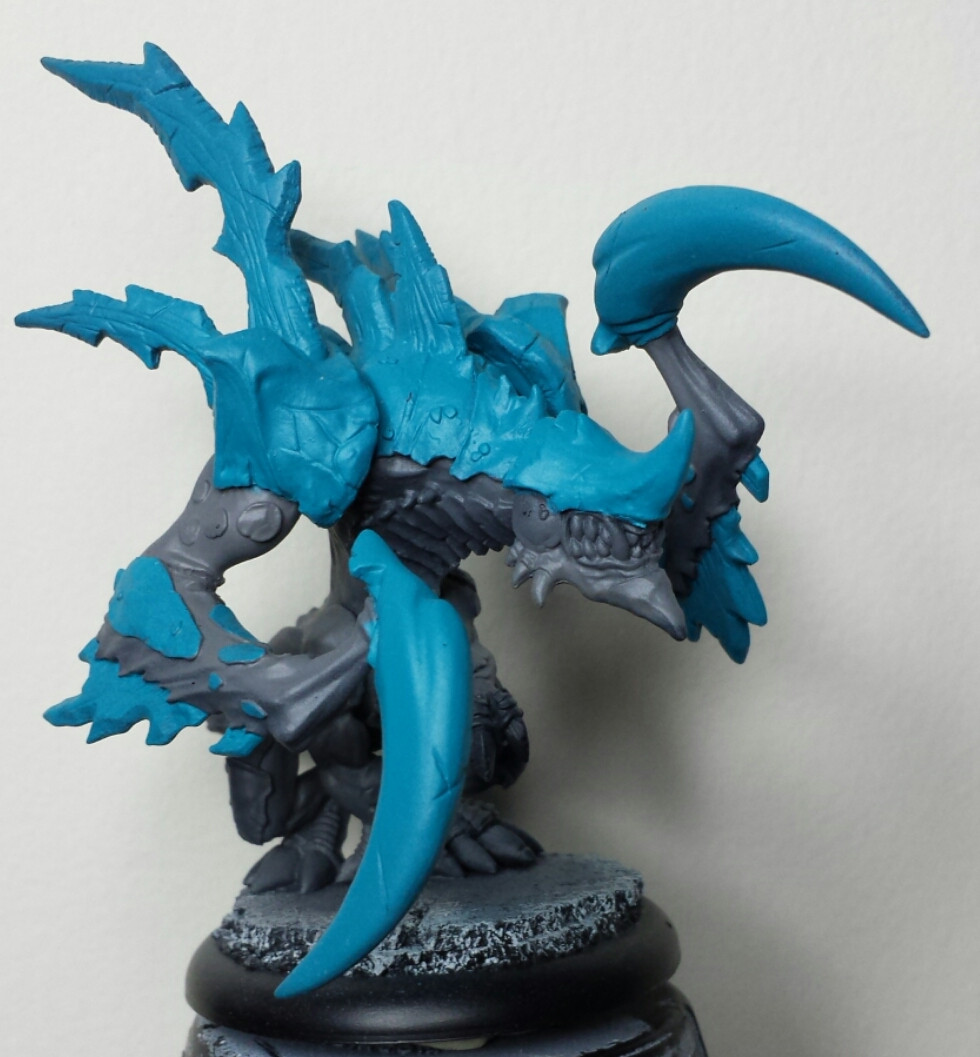 There’s lots of claws and armor on the torso that need to be aqua-fied, but I think I’ll be trying out experiments on the smaller models, and not so much on the Scythean.