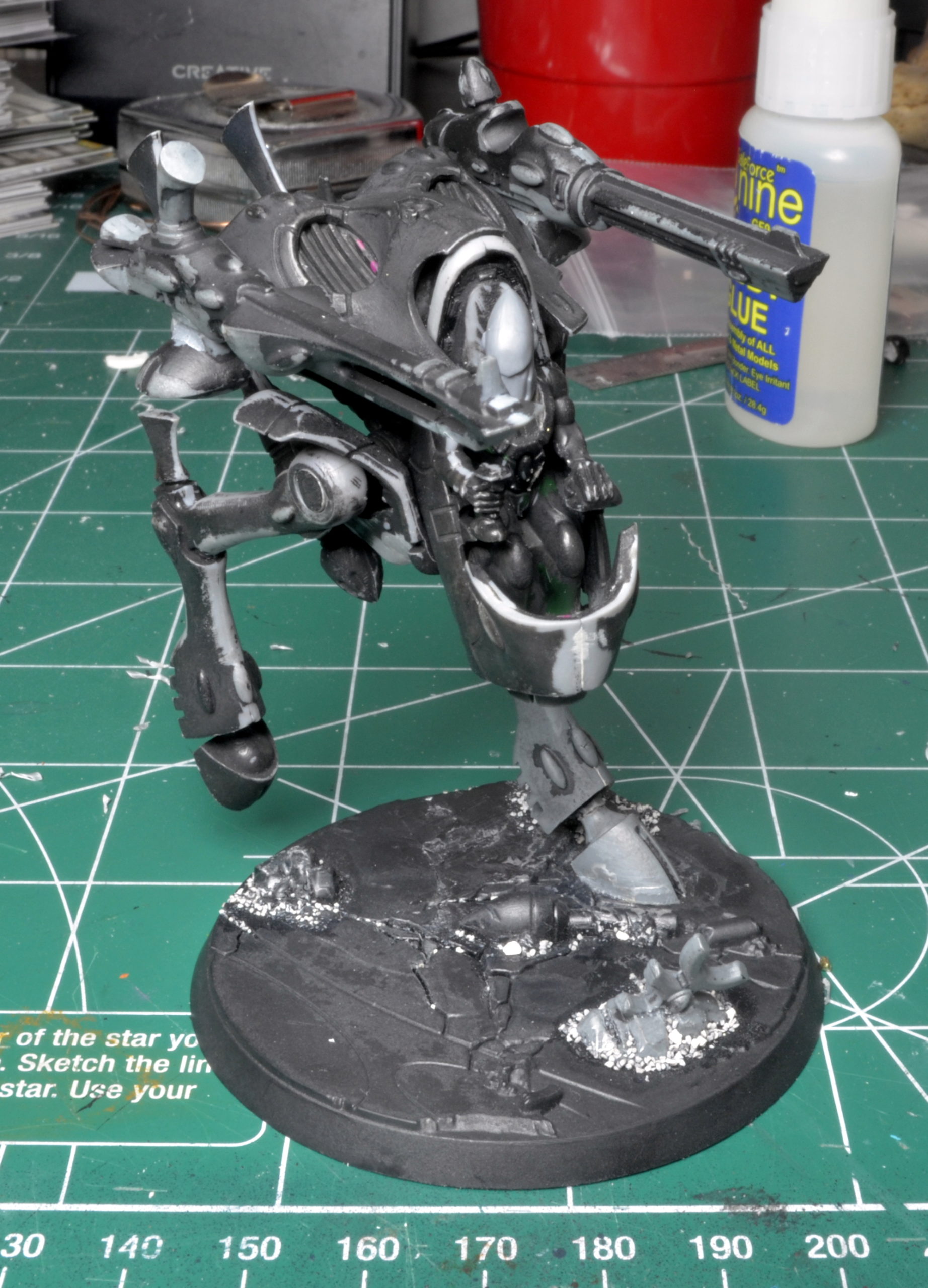 A while back, during a video update (YouTube, about 4:00), I mentioned that I’d found a pair of Eldar WarWalkers on the cheap.  They were in bad shape and needed some love.  DakkaDakka’s monthly hobby challenge for April is a “Veteran” model, something that looks like it’s gone through hell and back.

So, I’m going to try out my new Eldar scheme on the War Walker, and then weather the hell out of it. 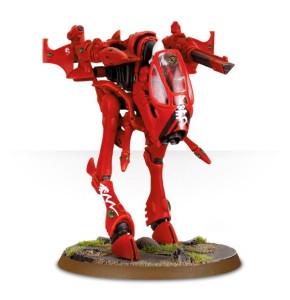 Here’s an overview of the parts, after they were stripped and most of the mold lines taken care of: 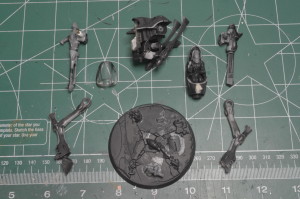 The main body wouldn’t come apart, so I’m left with the cockpit and glass, guns, and legs.  The leg with the foot attached to the base broke at the ankle (no surprise there), so it’s gotten a massive brass tube in that joint, since it supports the entire weight of the model. 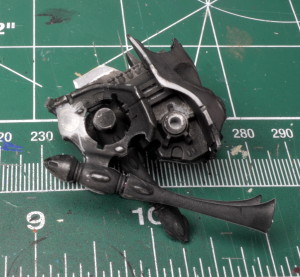 There’s some antennae that are supposed to jut out from the hips here, but they were broken off on my model.  So, I just clipped what was left and cleaned up the form into the familiar curve of an Eldar model.  They won’t be missed. 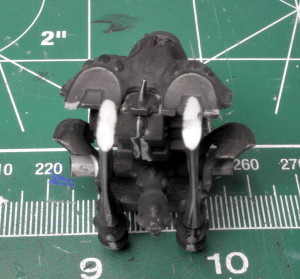 The back antennae aren’t on straight, but there’s not much I can do about it.  More importantly, you can kind of see that the torso is turned just a bit on the hips.  Turned to the right.  I’m going to work with that to help give this thing some life. 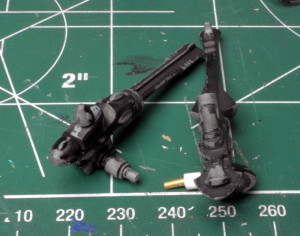 One of the gun sponsons was broken.  i rebuilt it with brass tube and plastic tube.  Also, my sponsons don’t have the wings things on the sides, which I like – those things look so dorky in my opinion.  Streamlined is more befitting Eldar. 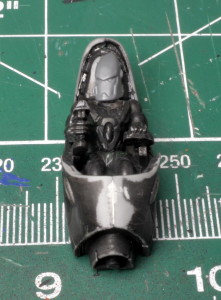 The pilot that I got had no helmet, and I’ve said it before and I’ll say it again – Who’d be stupid enough to take off their helmet in the middle of a war zone?  Didn’t these guys see Saving private Ryan (or any other movie flick, ever?)  So, I dropped on an Eldar Guardian head.  I have his head turned the same direction as the walker itself, so there’ll be a feeling of symbiosis between the pilot and machine. 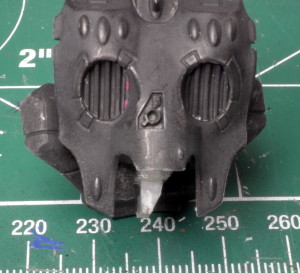 The grey post there is how the cockpit attaches to the torso.  It looks like they never intended the cockpit to be anything but perfectly straight with the torso, but I say differently.  I chamfered the edge, and this will allow the cockpit to attach at an angle. 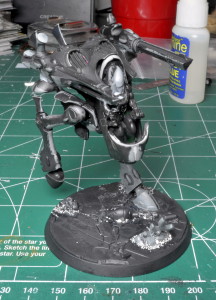 That’s the final pose I’m going with.  I think it’s got lots of life and movement.  Fingers crossed that the ankle can hold the weight…

How to: Basic Conversion