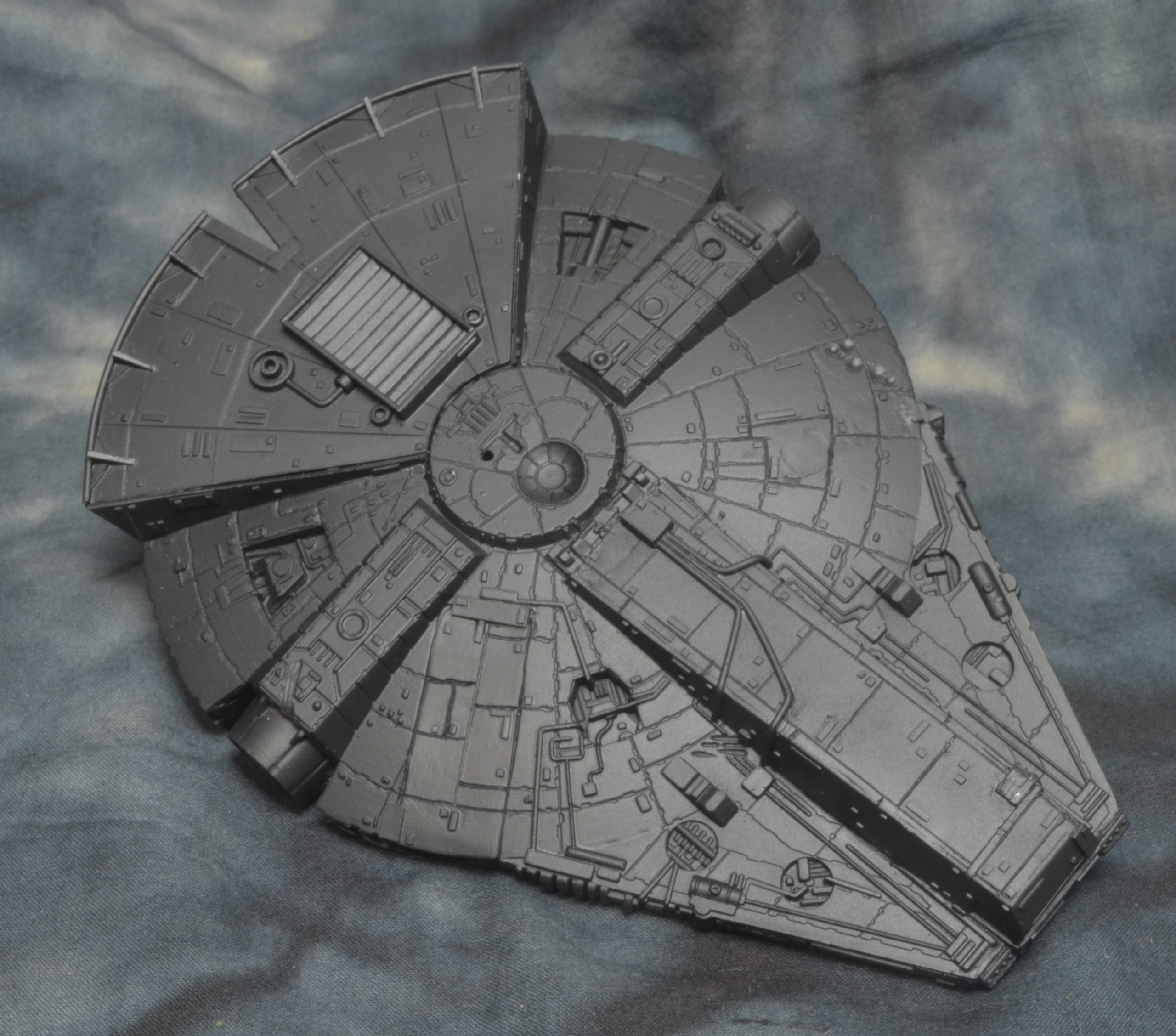 A long time ago, in a galaxy far, far away, a friend of mine asked if I would be up for replicating what JediRob had done here.

The project began with cutting out bits from the Millennium Falcon. Then, the holes left by the cockpit hallway and satellite were plugged up. Once construction of the new cockpit, hallway and engine bay were done, all the gribbly details were added. In the end, my original plan to reuse the original back deck of the YT-1300 fell through, so it was built from scratch.

I was eager to try, so I hacked up my YT-1300 and got started constructing the new portions of 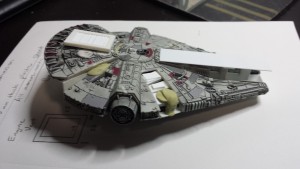 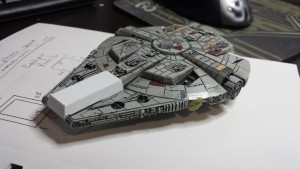 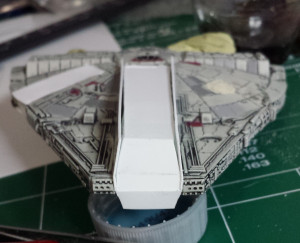 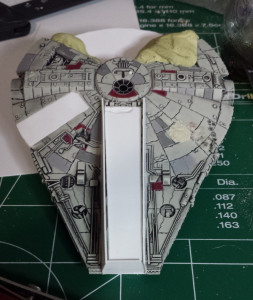 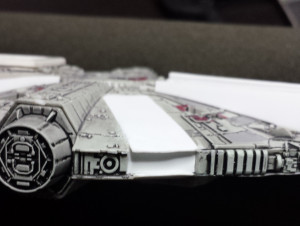 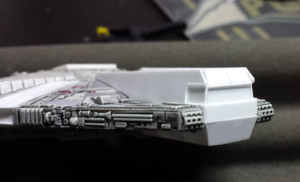 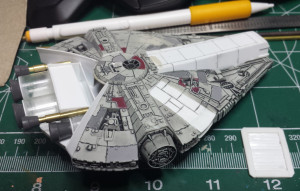 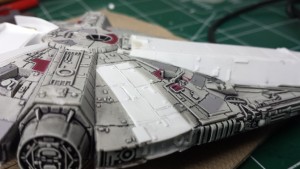 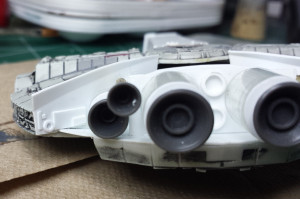 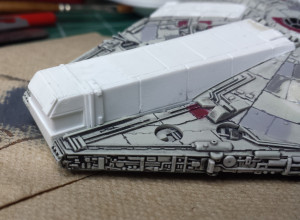 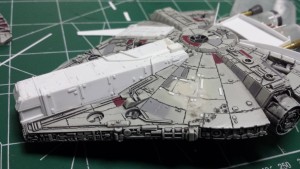 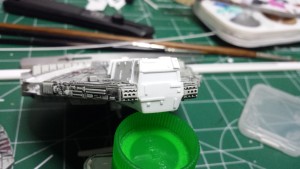 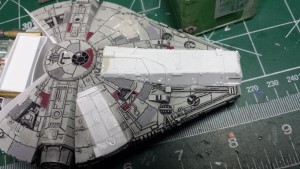 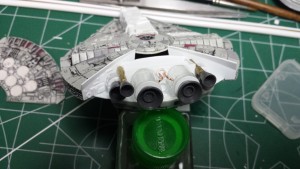 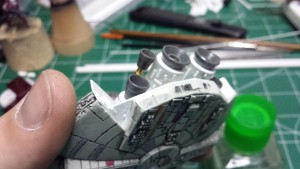 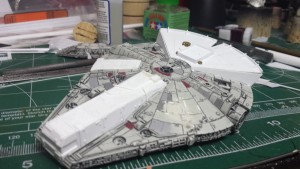 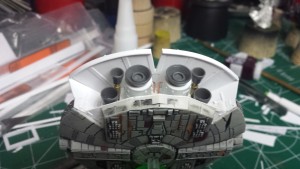 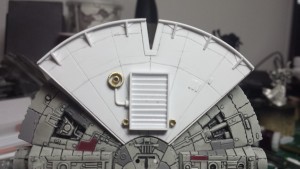 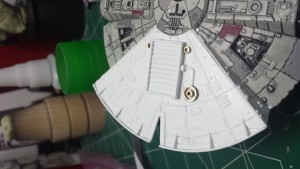 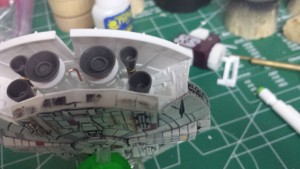 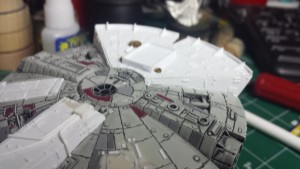 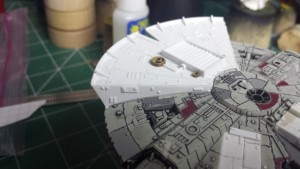 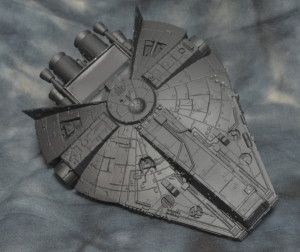 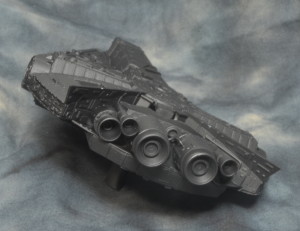 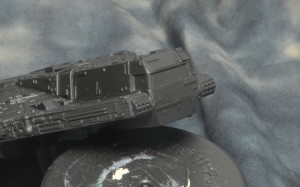 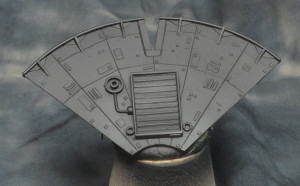 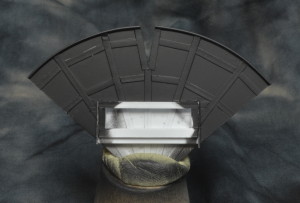 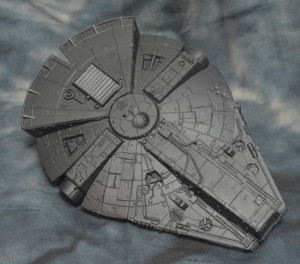 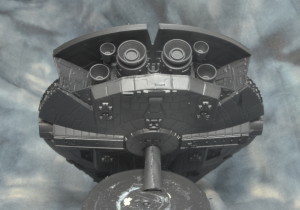 This project was an absolute blast. I learned a ton about working with plasticard and figuring out how to build the various new bits. The cleint is super excited to paint it up, and once it’s done I’ll be sure to show pictures.