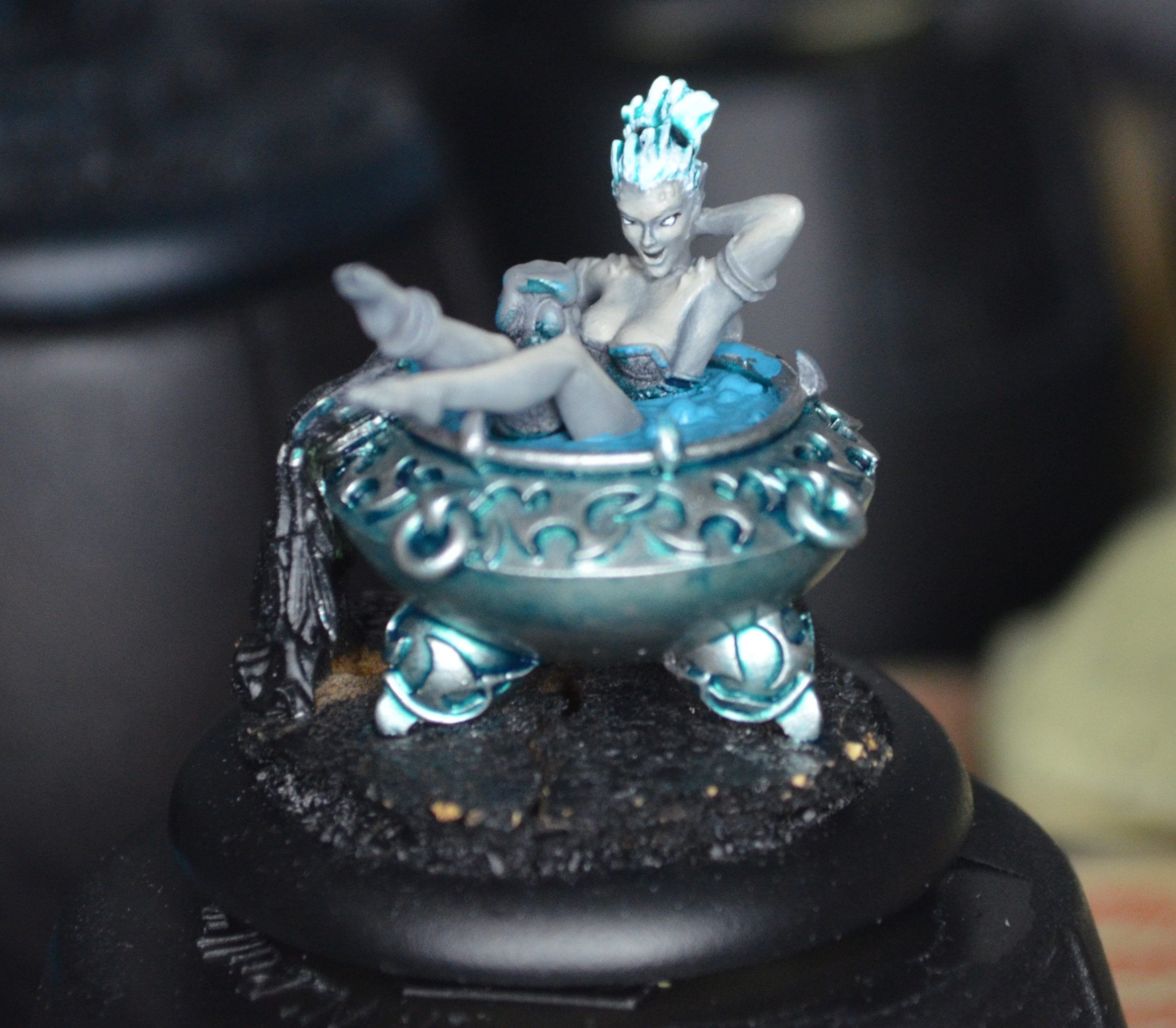 The last time I sat down to paint (early last week), I wanted to stay to my speedpainting rules. The problem is, when I apply that method to this many models, it’s really hard to see the progress, and feel a sense of accomplishment after a painting session.

So, during game night on Wednesday, I sat down with my two Shepherds and worked on just the two models. They’re pretty much done, save the base colorization and brush/snow. I feel like the dark cloth isn’t bright enough at the highlights either, but they’re painted, and done enough for me to move on. Since I’m facing the same color issue on the dark cloth on the Pot Stirrers and the Spuduccubus, I’ll tackle it when I do on those models.

I felt really good that I’d gotten the shepherds mostly done, so I decided this weekend that I would take a more organic approach, than what I’d done earlier. I picked a color or texture, and worked it until I felt I was done, or bored. I theoretically would get the same amount of work done, but I would enjoy it more.

For instance, I picked the feathers on the Pot Stirrers and Strider Deathstalkers. And I did the Blighted Bather’s hair and the Strider Deathstalker hair at the same time. At the end of doing those, I can see a measurable difference, and the models feel solidly more complete to me. There’s still loads to do, but the models are taking shape, and the job is feeling more doable. 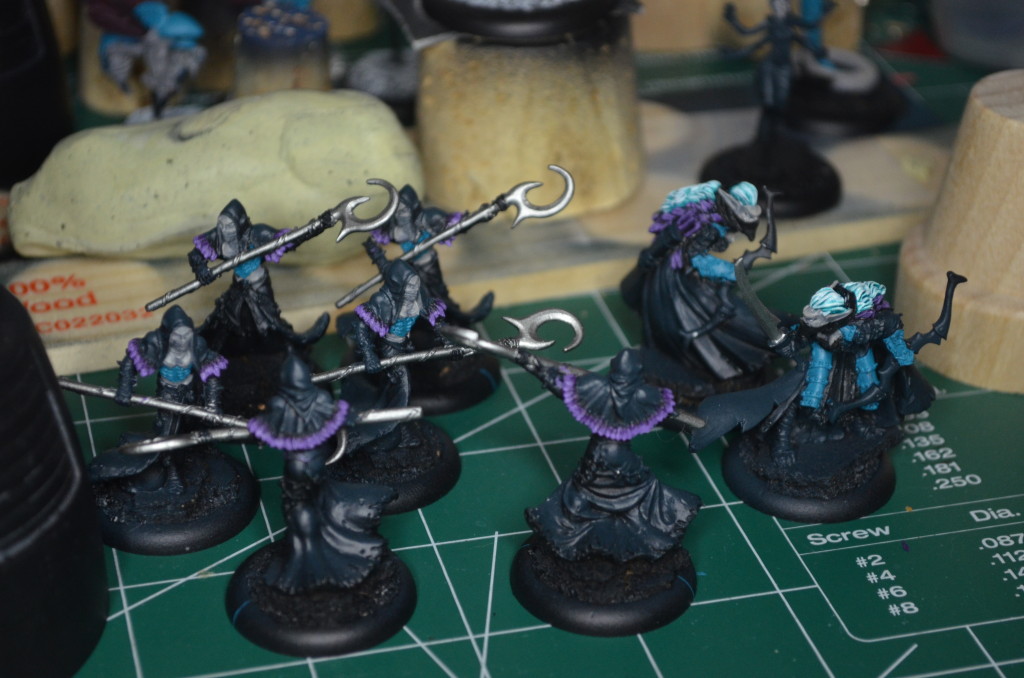 Abysolinia2 and the Succubi are the least done of the group, but they’re more intricate, and I’m saving them for when I feel like I want to work in a more detailed manner. 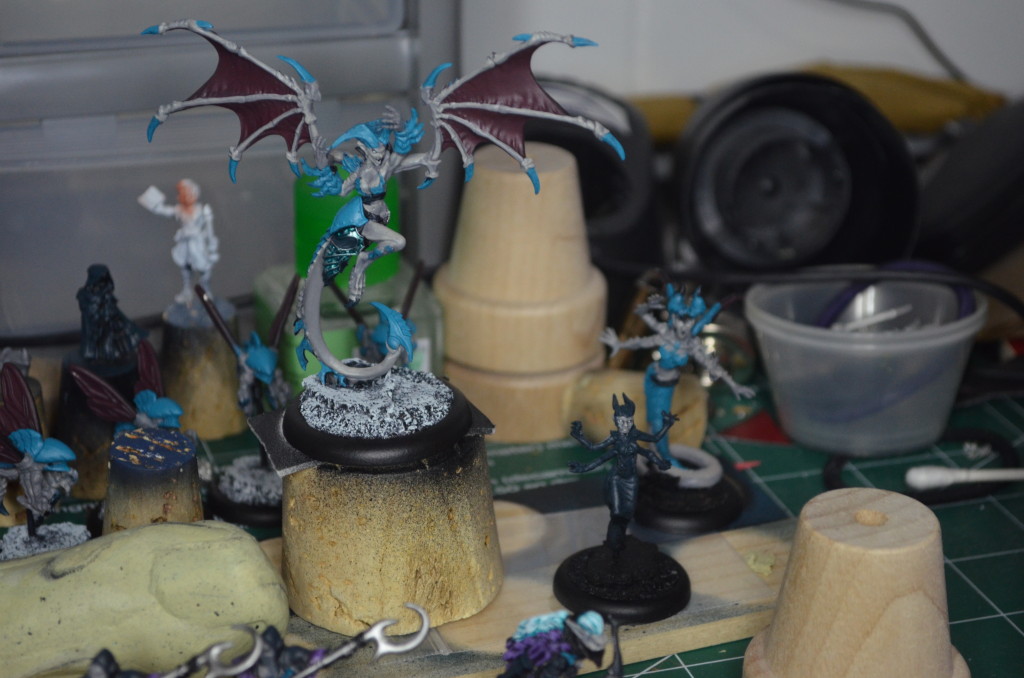 I’ve gotten the skin on the two remaining heavies done. They don’t feel nearly as close to done as the rest, but as soon as I get some more colors onto their chitin, they’ll come to life.

When I needed a break from working on the large beasts, I switched to smaller brushes and worked on faces and the Blighted Bather. She’s almost done except for her bracelets, mug and the water. 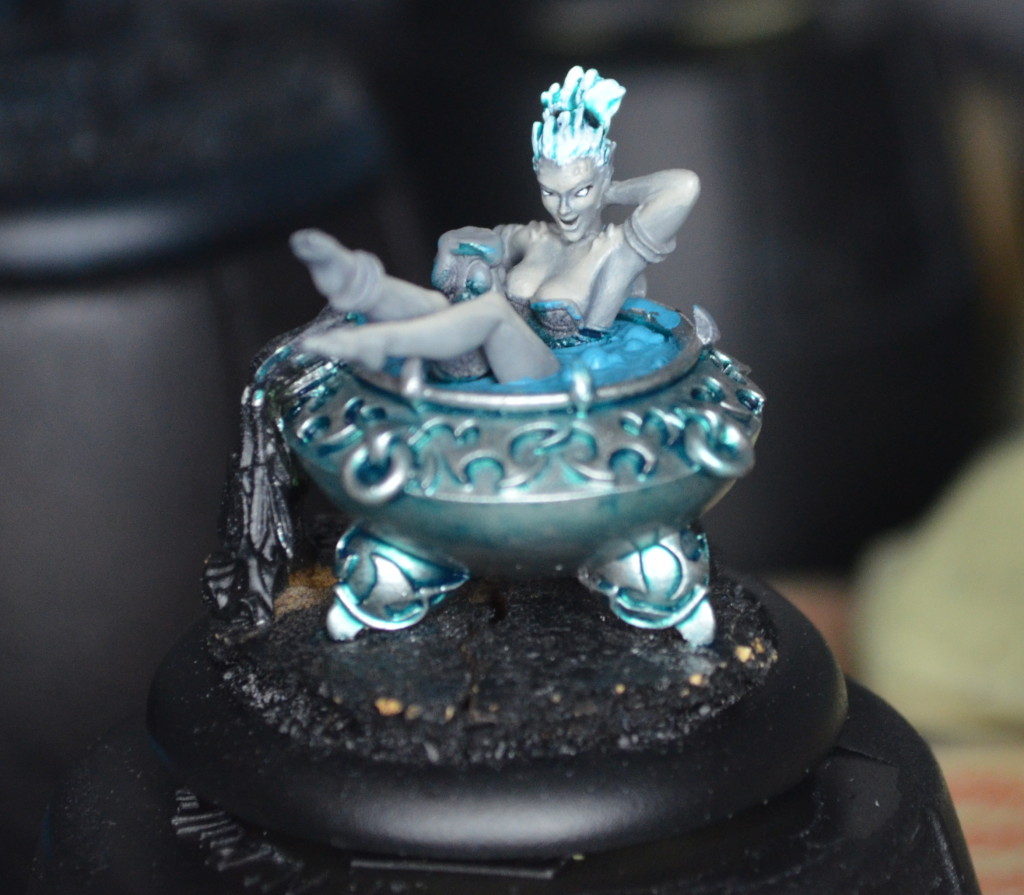 So, that’s where everything sits as of now. There’s lots of teal to paint along with magenta, but those are about the only two colors remaining. Only Aby2 and the Succubi need to have their skin shaded.I’m feeling pretty good going into the last week and a half before Templecon.