Clash for a Cure

March has been a busy month for me, but I can’t show you most of what I’ve been working on. I assembled a Judicator for Clash for a Cure. It’s now on its way back to Texas where it will be handed off to the painter.

In keeping with my commitment to the Tale of Warmahordes painting schedule on the forum, I completed these in February: 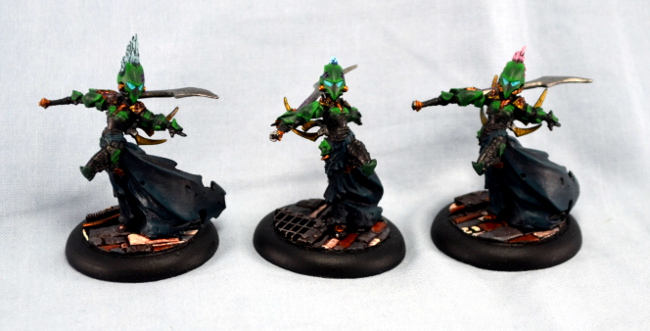 Yeah, Cryx. I know, right? Don’t read anything into it. My cryx army is actually the closest thing to fully painted, with only a Slayer, Skarlock, min Mcthralls and Brute Thrall left. I figured that three models wouldn’t be too hard given the 5pt minimum for the month.

Each has her own color hair plume, so I can tell them apart for damage allocation. The black cloaks aren’t nearly as flat and subtle as they look in the picture, though mostly dark was exactly what I wanted. They’re not perfect, but they were a good exercise in keeping my inner perfectionist from ruining an otherwise speedy paint job.

Next, I want you to meet Sergei Cherenkov. He is my IKRPG character, a Field Mechanik / Man-at-Arms. His arm was cut off in our first encounter, and he had help “procuring” a mechanka wrench from the Khadoran Mechanik’s Assembly. The ‘jack is Lefty. It lost its left arm in out last engagement, so the two are quite the pair.

These two are high on my painting queue, expect to see them painted soon. 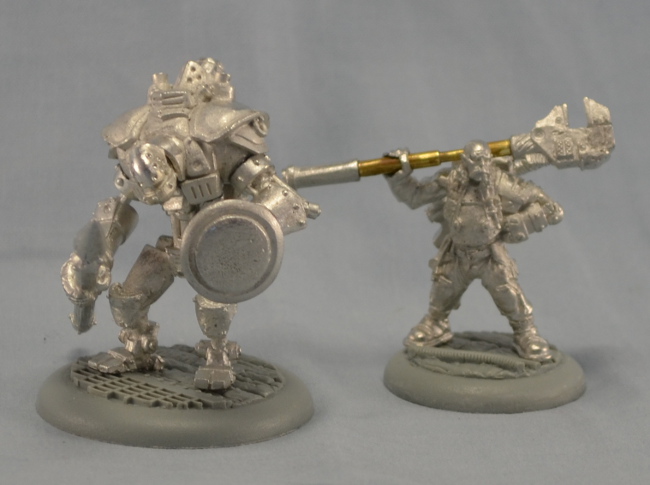 Oh, I also have a custom Black 13th squad that need to be put onto bases, and then… well.. they look just like regular Arcane Tempest Gun Mages. Their paint scheme is what will make them stand out. I basically bits ordered three of the new sculpts, and modified one of the sword holding hands into the two-finger magic pose. I filled in the hole where the empty scabbards go, and on the one with the scabbard molded in, I clipped it off and worked it to look like a fold in the cloth. Very little GS work required, but lots of fun with the dremel, shaping the metal of the scabbard to look like a fold. I now have an ATGM with goggles (Watts), a female ATGM (Ryan), and one with a very manly face (Lynch). My only issue is that Ryan doesn’t have two pistols out, but she does have one holstered, so, meh. 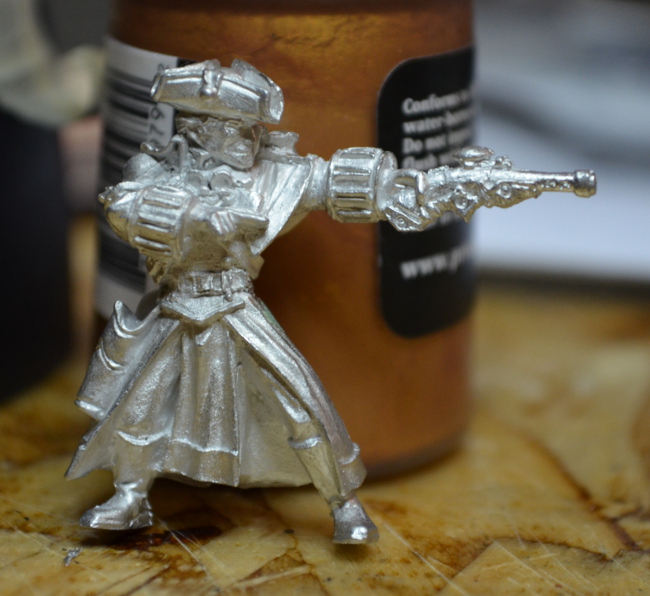 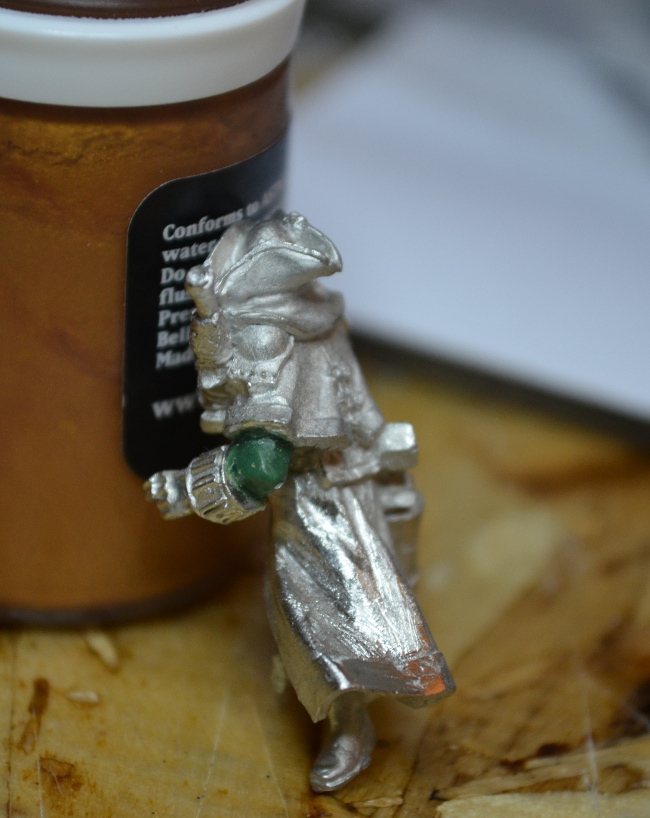 … and the other major project on my bench, I can’t show you, because, well, its a secret. It’s pretty, though.