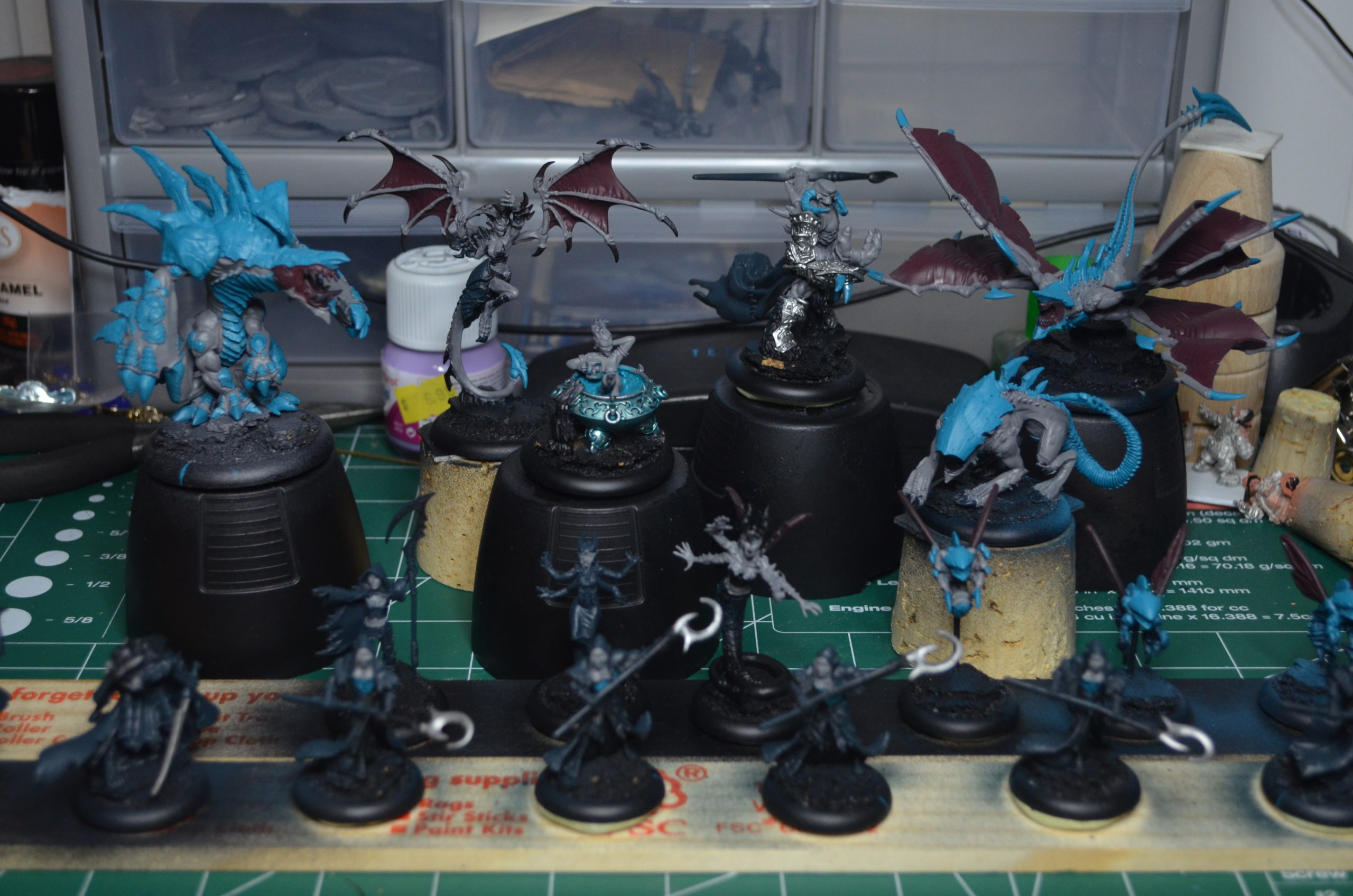 This is what’s on the painting table right now. 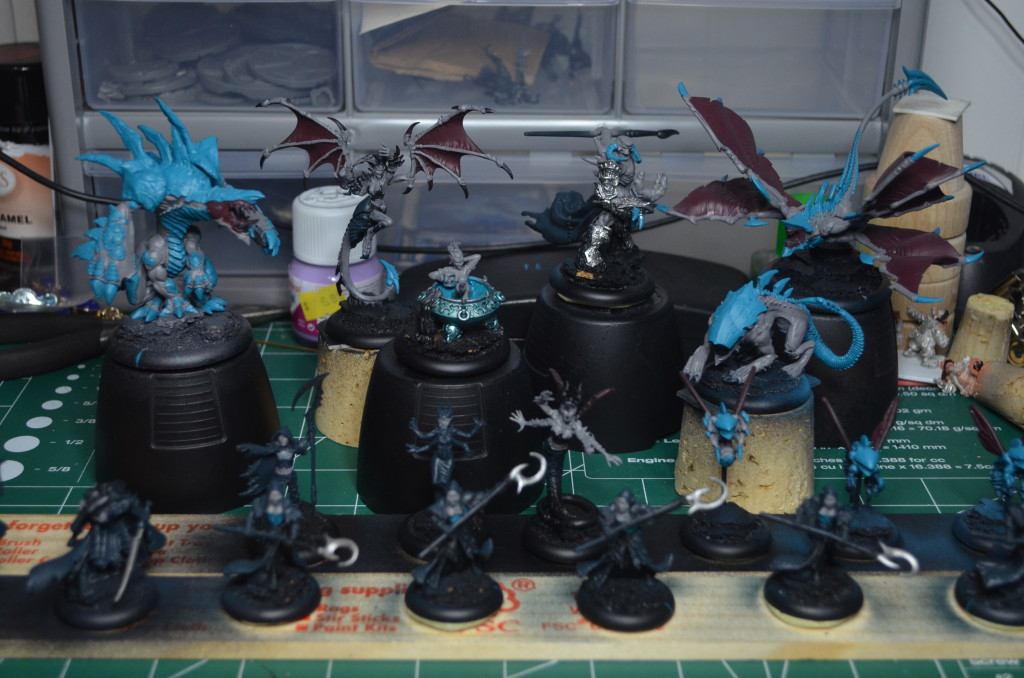 I’m trying to get everything to the same level (base coated teal, sanguine and skin, at the least) so I can assembly line with shades and highlights. It’s going well so far, but I keep getting distracted and adding models to the list. Like the Raek, Aby2, the Blight Wasps (OMG THEY’RE ADORABLE) and a pair of Strider Deathstalkers. Most of the extra additions are there to give me something else to play during the weekend, and to help give me something else to use one Templecon is over.

While I paint, I’m watching Supernatural.  I’m mid-way through Season 2 right now, and it’s pretty good.  I can see why they’ve made it through 9 (10?) seasons.

Notable things in the picture above: